Horned Larks and Snow Buntings on a snowy field

After several days of cold and snow it was  beautiful, balmy (30 degrees) and  windstill this morning. A flock of 20+ Horned Larks appeard to be enjoying the sun on a large snow-covered field off River Rd halfway between Putney and Westminster.  As opposed to my previous post on Horned Larks these were not foraging but sat motionless. 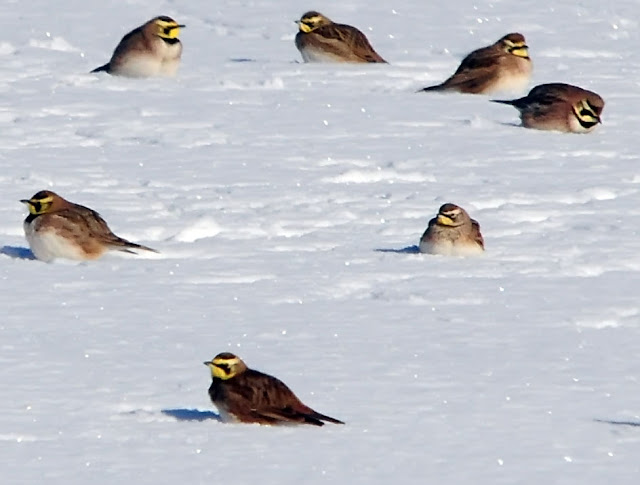 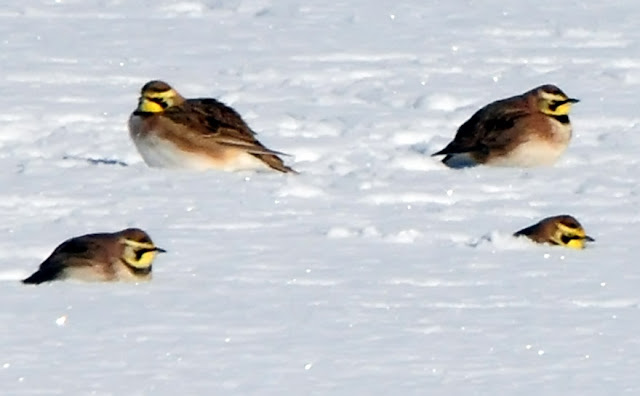 They may have been roosting there all night as quite a few were still burrowed in the snow, with just their heads peeking out, seeking protection from the cold. When I drove back about an hour later though not much had changed. They were still in the same spot, not foraging or moving around. 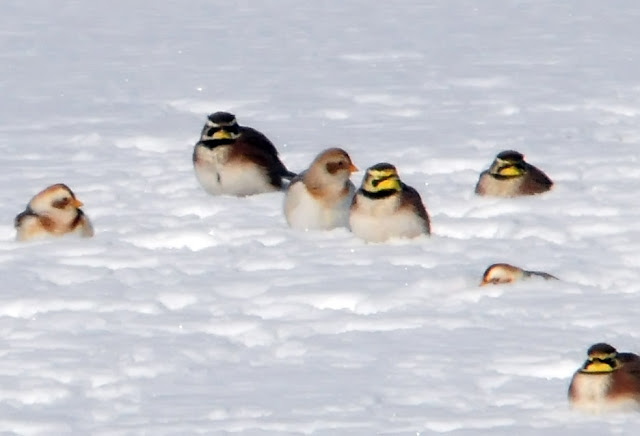 But this time they were joined by three Snow Buntings
Snow Buntings are a high arctic breeder, and appear here only in the winter, when they forage on grasses and seeds protruding from snow cover.  The usually move in flocks over windswept barren-looking places where it is a wonder that they find enough to eat.  After a heavy snow storm they congregate along roadsides and farm yards. They frequently associate with Horned Larks, and also Lapland Longspurs which however I have not seen yet.
Also basking in the sun this day was a flock of House Sparrows in a shrub overgrown with the invasive Oriental Bittersweet -- a fitting match, I suppose. 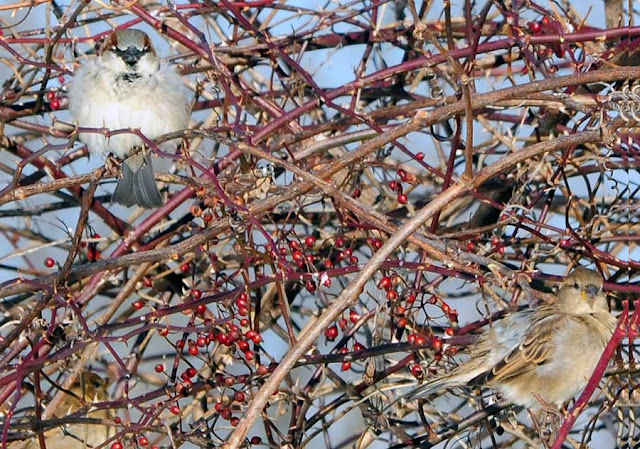 Male and female House Sparrows﻿
Thanks for stopping by. Please leave a comment.
Posted by Hilke Breder at 5:29 PM

Please visit my website at http://www.onejackdaw.com/ which has many more photos as well as some recordings.