More Warblers and a Bobolink

Finally no rain! An immature American Redstart male was singing in a low tree by the kayak landing on the West River. Rictal bristles, stiff feathers that project over the gape from above, are present in many insectivorous species, presumably helping in the capture of insects. 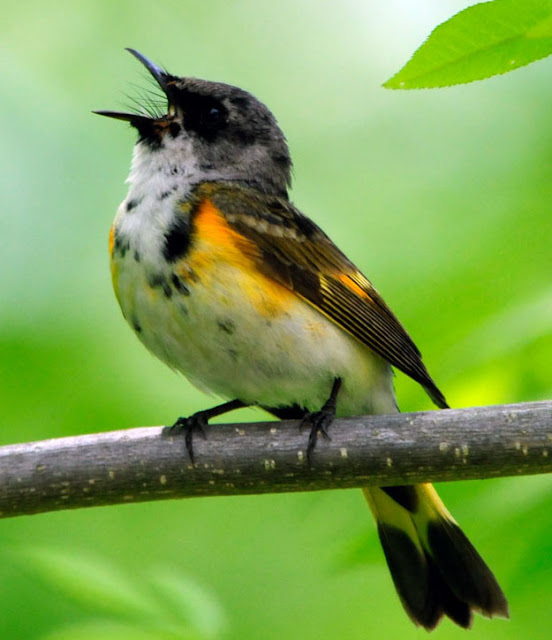 This inconspicuous female was foraging along the river bank 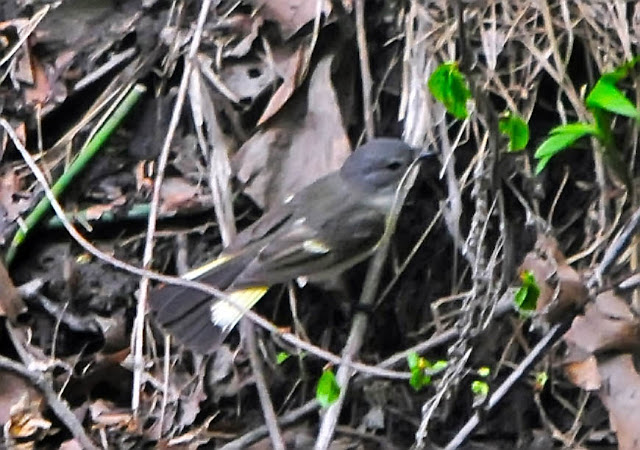 After many attempts I finally managed to get some decent images of the Prairie Warbler  returning every year to breed in an untended area of low trees and brush in a commercial part of our town. 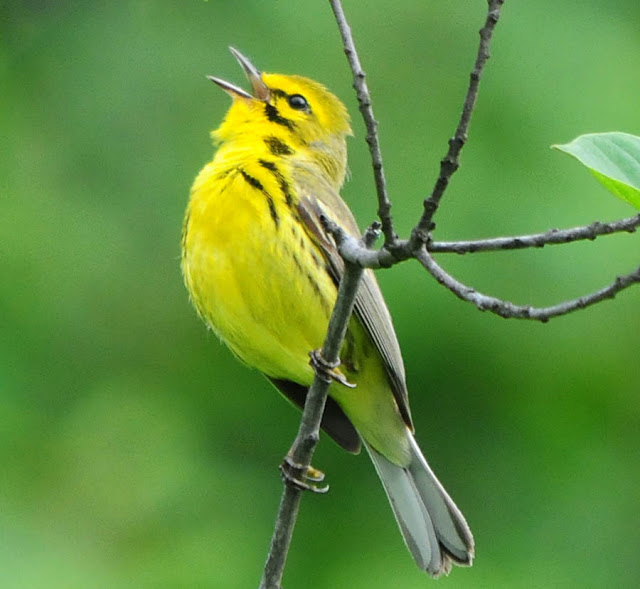 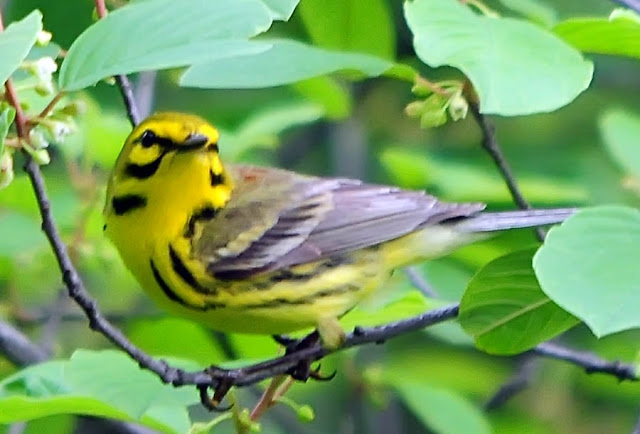 These views show the  red streaking on the back 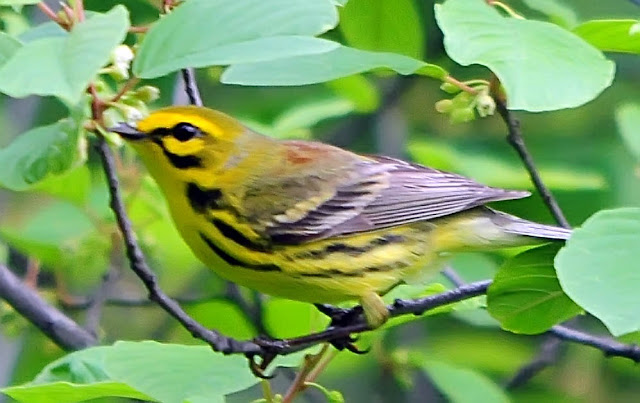 Several years ago I saw a Waterthrush in some trees along the edge of the West River. Ever since, when walking along the river, I have been on the look-out for one foraging along the bank. I finally saw one, a small bird, difficult to see against a backdrop of gray mud and river debris. Because of the yellow wash and the streaked throat I asssume this is a Northern rather than a Louisiana Waterthrush. Also the location, a stagnant side arm of the river, is in favor of the NW as the LW prefers fast flowing water. 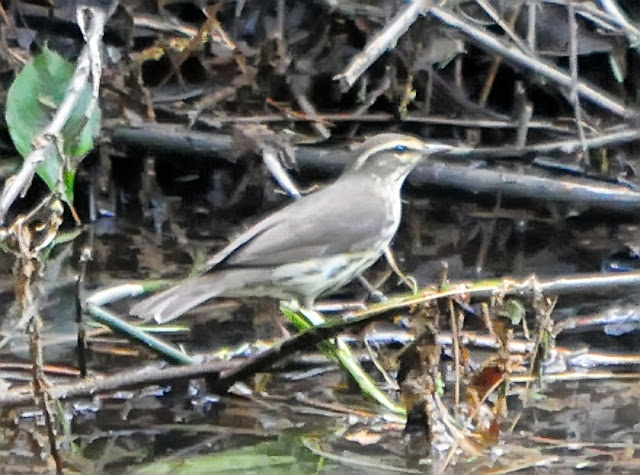 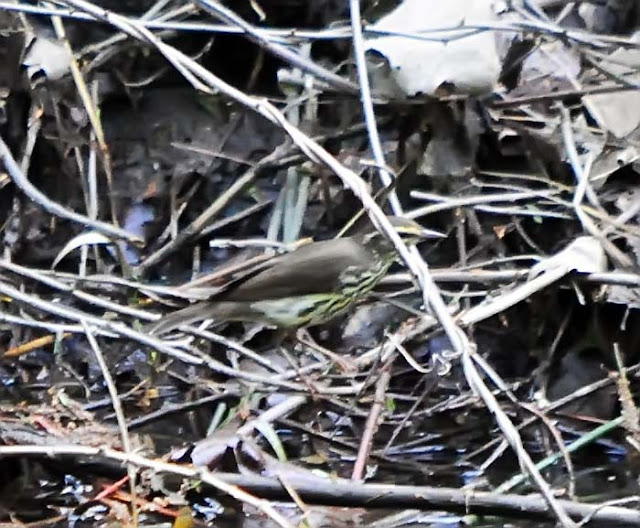 Bobolinks build their nests on the ground near the base of a large forb (broad-leaved herbaceous plant other than grass) providing dense cover. To thrive they need a large undisturbed area and their survival is globally threatened by loss of grassland. Unfortunately grass cut late in the season which allows the nestlings to fledge loses much of its nutrient value for farm animals.

Several male Bobolinks were flying, singing and displaying on a high meadow next to a rarely occupied second home near me. I found this male perched on the top of one of the decorative crab apple trees by the house. 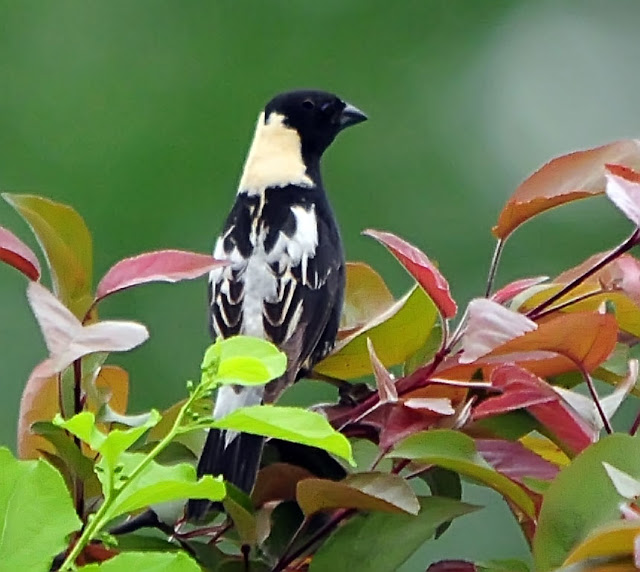 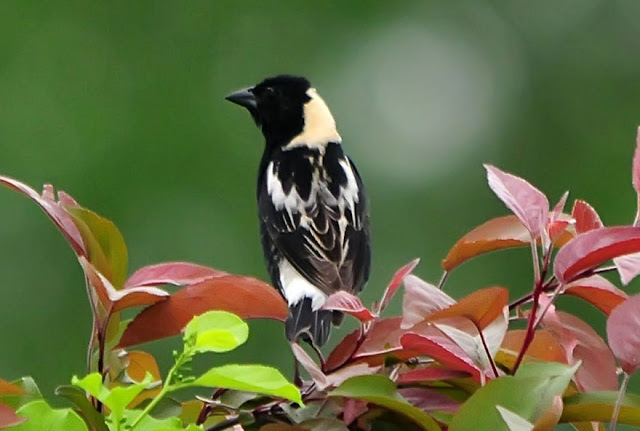 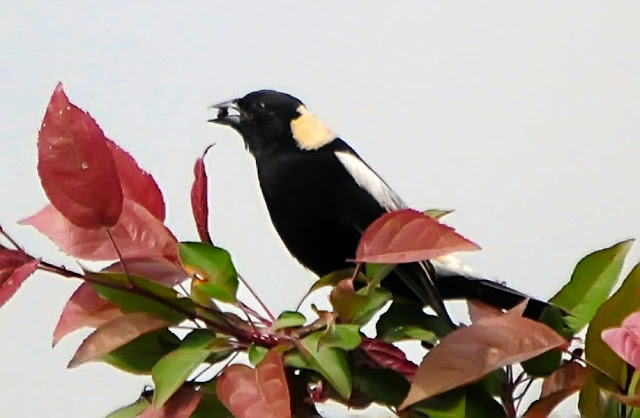 They feed mostly on seeds, grains and insects but apparently, given the opportunity, will also eat fruit. 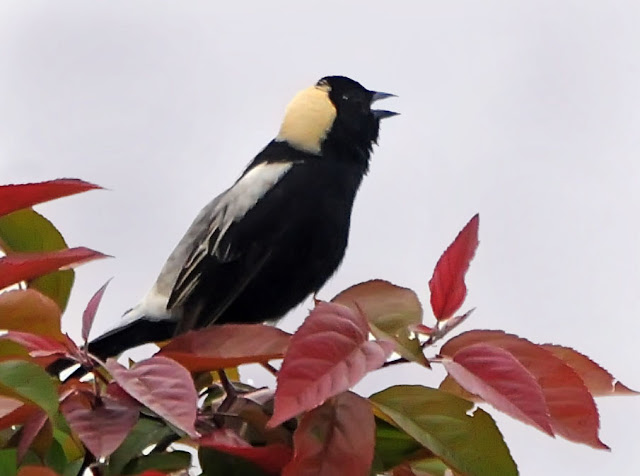 Bobolinks begin singing early in the morning before dawn and continue with little interruption until mid morning when it becomes more sporadic.

I took a break - no birding, blogging or commenting - while my camera was being repaired. I was afraid I was going to miss all of the spring warbler season and was getting pretty morose, but I got the camera back just in time.
Warblers don't sit still for a photo shoot. It takes patience, patience and more patience. Most of my photos ended up just showing leaves and bird-shaped shadows. So I am going back for another try at that elusive Prairie Warbler, or the Black-throated Green Warbler, the Black-throated Blue Warbler.... 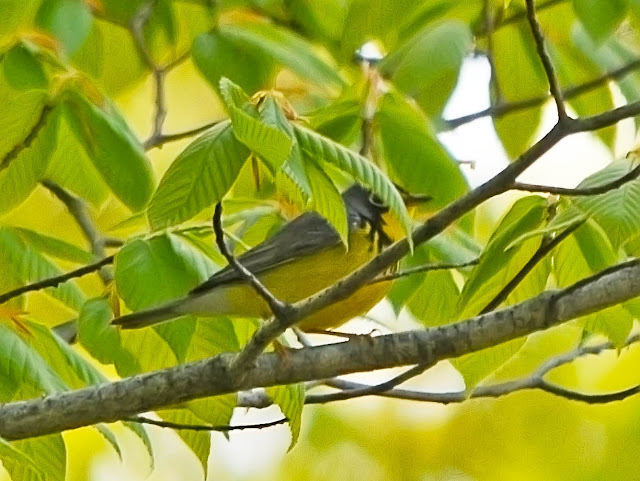 This Canada Warbler was flitting through dark moist undergrowth on a neighbor's wood lot. 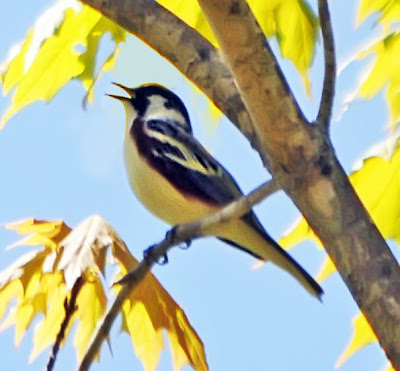 A Chestnut-sided Warbler was singing high up in a tree. 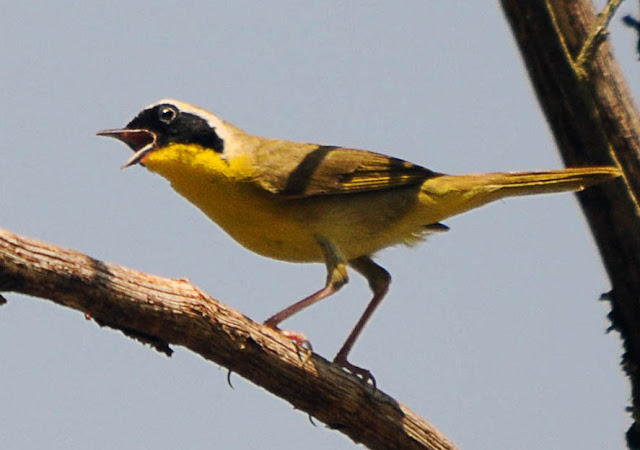 A Common Yellowthroat scolding me, but then calmed down. 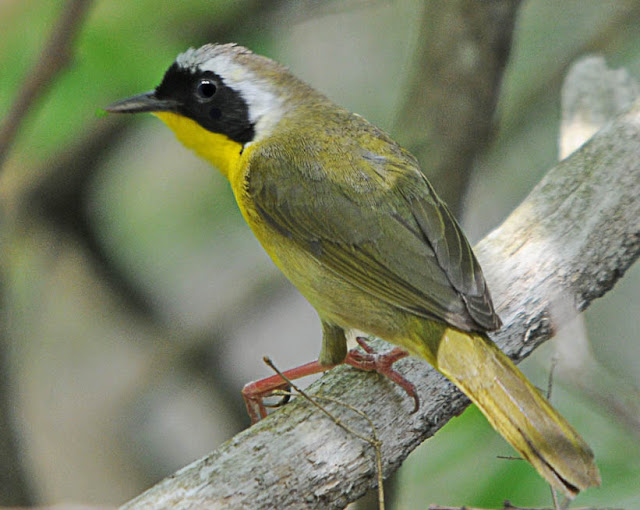 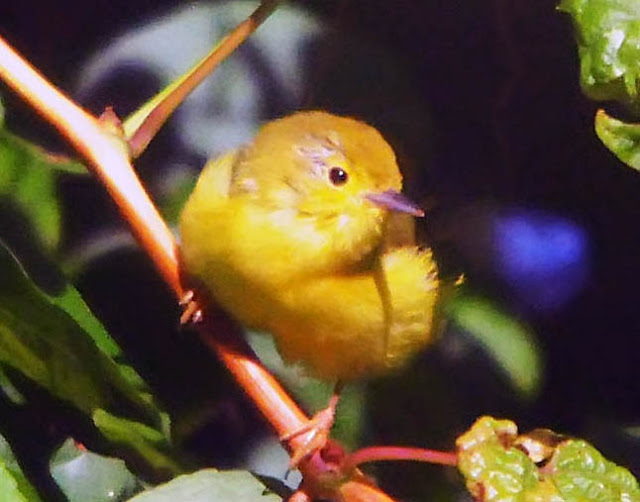 Yellow Warblers always have such an innocently sweet expression, but they are ferocious predators of invertebrates! 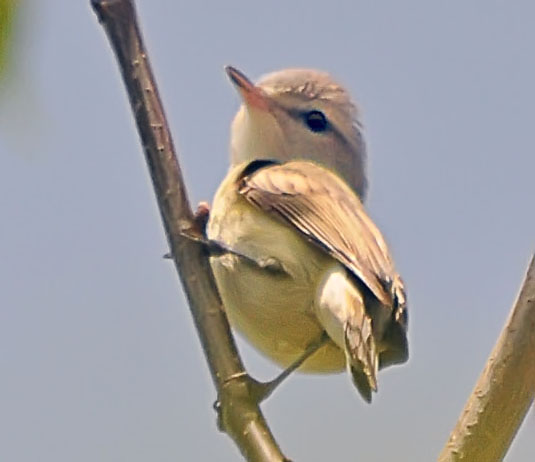 Not a warbler but a Warbling Vireo

My time waiting for my camera wasn't all wasted. I got to go shopping for some sorely needed spring clothing, caught up with my emails with friends and relatives and got to read a couple of books. It actually turned out to be a nice respite from bird-centered activities - just too bad it had to be during peak warbler migration.
Must check out: amazing distribution maps for many species in the "State of the Birds 2011" report with much of the information collected by eBird  -- shows how important it is to submit your sightings.
Cheers and good birding!
Please leave a comment.
Posted by Hilke Breder at 11:27 AM 32 comments: