Several weeks ago an Eastern Phoebe pair decided to build  a nest in a corner space above the main entrance to our house. Wrong spot.  When I discovered the beginnings of a cup- shaped mud and moss construction, I scraped it off, but they kept returning with more mud and moss to the same site until we wedged a piece of foam rubber into the space sealing it off.


There are lots of nooks and crannies around our house, shed, and workshop and I hoped they would find a more suitable spot - which they did, at least in their opinion, right above the back entrance to our porch. One or the other bird kept fluttering up at the upper portion of the porch door. Puzzled I watched it for a while. When I finally walked around I discovered a bead of mud plastered along the trim above the porch door. It didn't make much sense to me at first, but after a while they concentrated their efforts on a midpoint and started cementing together a nest. I think both the male and the female participated but can't be sure. 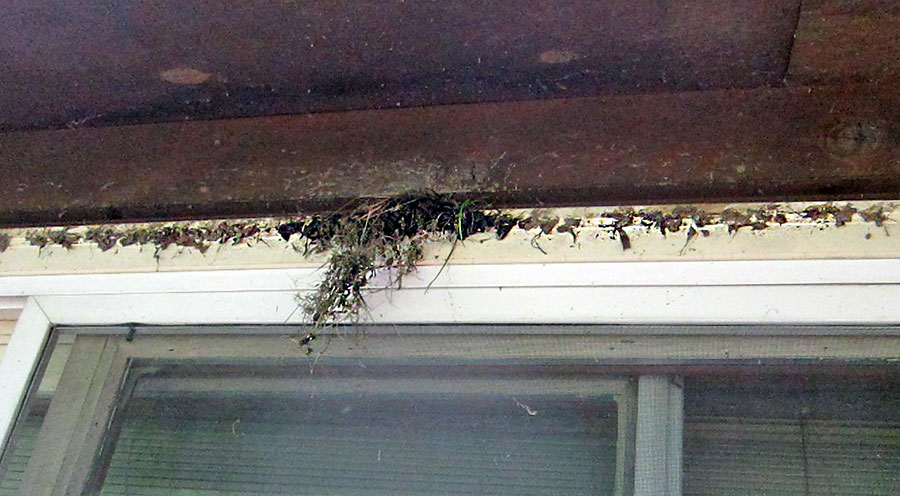 They were messy, dropping mud and moss on the steps below. We decided to let them be and I locked the back door which we weren't using much anyway.


Gradually they turned the mess into a neat cup-shaped nest.  Then for a long time nothing. It was too high and too deep for a nesting bird to be visible over the rim. For a time I thought they had abandoned the nest until, a couple of weeks later, I started hearing the typical chorus of begging nestlings. 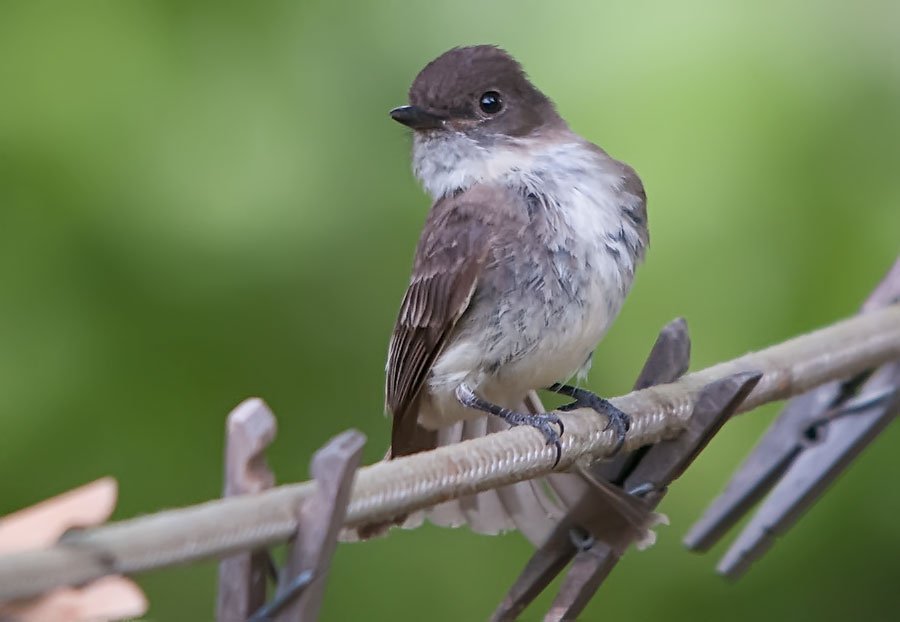 The parents used a clothes line fastened to the edge of the porch as a perch when approaching the nest.  They were easy to distinguish from each other because one of  them looked flat-topped having lost feathers on its head. 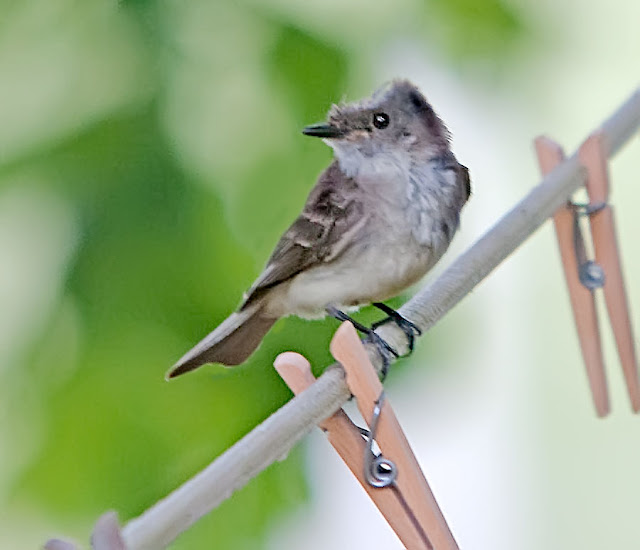 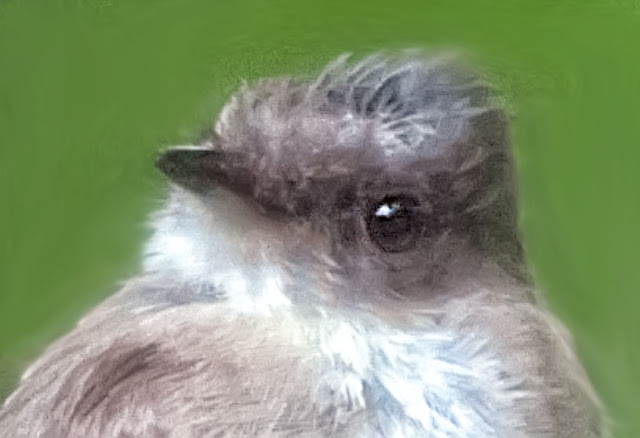 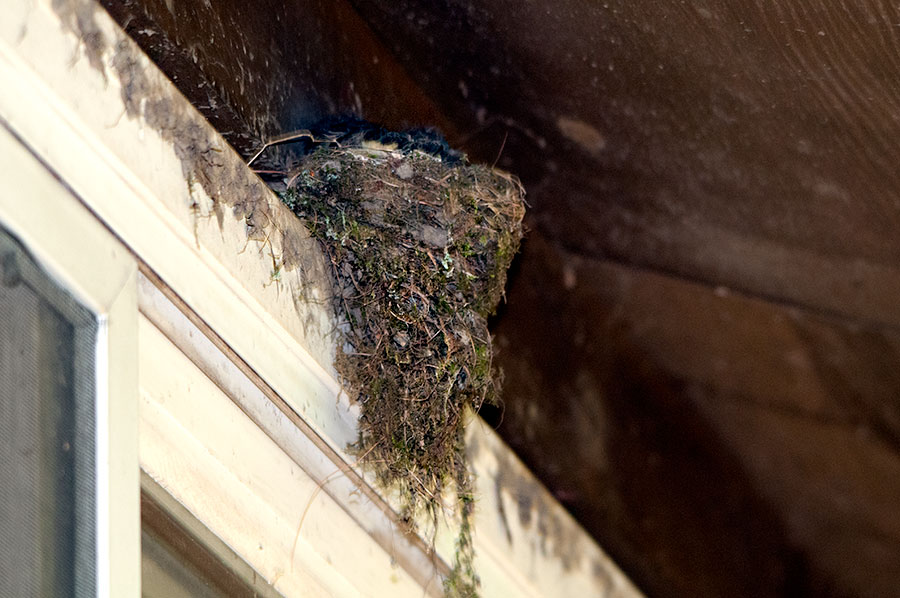 The nestlings started to be visible over the rim and grew and grew... 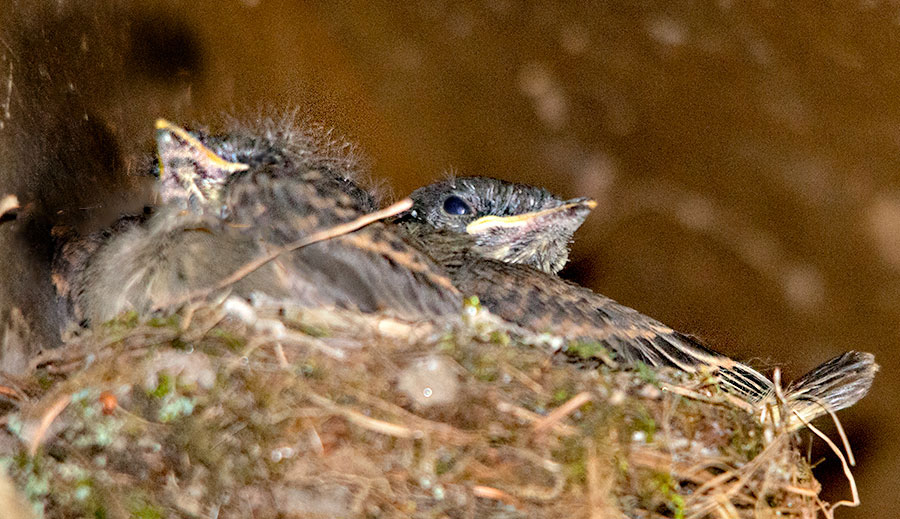 I was going to get some better photos, but the very next day the three chicks had fledged and departed our yard.

There are young ones all around. Throughout the day I am hearing, in the trees above or the adjacent hay fields, the nasal begging calls of young crows. Small fast moving juveniles keep chirping and twittering in the thickets along the edge of our lot.  A couple of days ago a Mockingbird, giving off sharp warning calls, was dive-bombing my dog as he trotted along a wall of shrubs and trees behind our supermarket.  The bird swooped down repeatedly, but my dog was totally oblivious to these mock attacks.  Another adult was sitting on a strand of wires above. There must have been a nest nearby.

There isn't  much else going on but I am reading that shore bird migration is starting soon. Happy birding!

Shivers were running down my spine. I was standing on the very sand deposited some 10,000 years ago as a delta at the mouth of a melt water stream into a giant ice age lake, glacial Lake Hitchcock. Eventually as the climate warmed the glaciers disappeared and the lake shrunk back into what is now the Connecticut River bed.

The sand delta forms the heart of the Montague Sandplains IBA. The almost impenetrable thicket of scrub oak, intermingled with pitch pine, covering the plains, forms a haven for several bird species, among them Prairie Warblers, Eastern Towhees, Brown Thrasher, Field Sparrows and Whip-poor-wills. It is a unique habitat also for species of insects and turtles who would be more at home on Cape Cod.

I had arrived late in the evening and stayed till after dark to hear the Whip-poor-wills call, but no such luck. However from all directions Prairie Warblers were singing.

For more please see my contribution on Birding is Fun 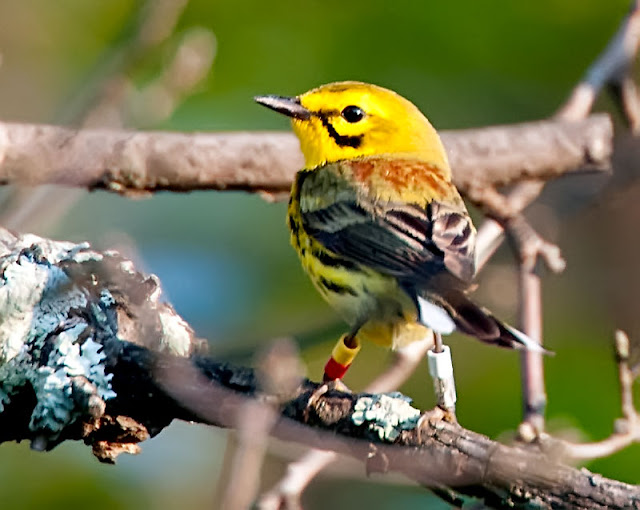 I ransacked my archive and came up with a few  worth saving. 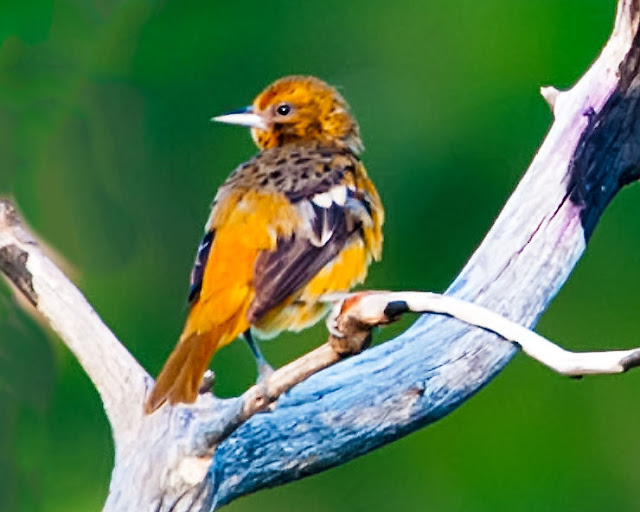 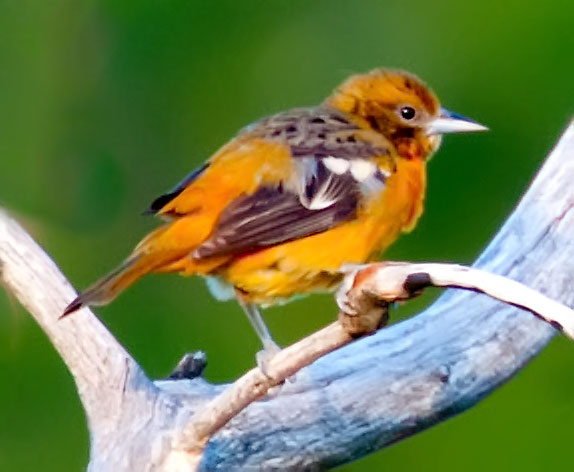 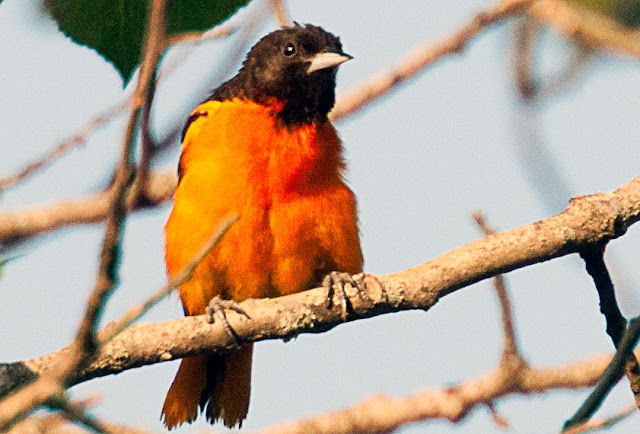 This male too looks anxious. Was it me? 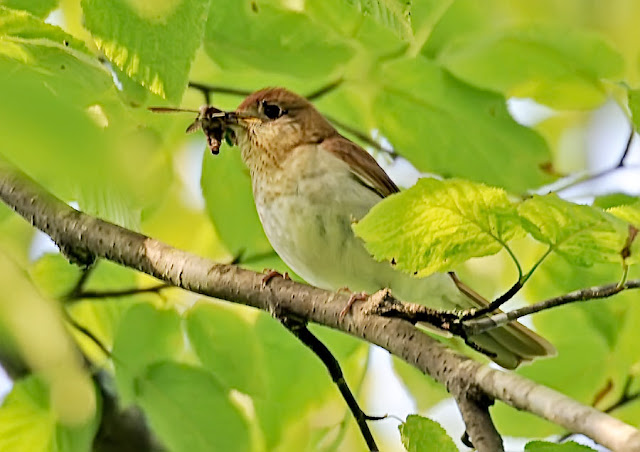 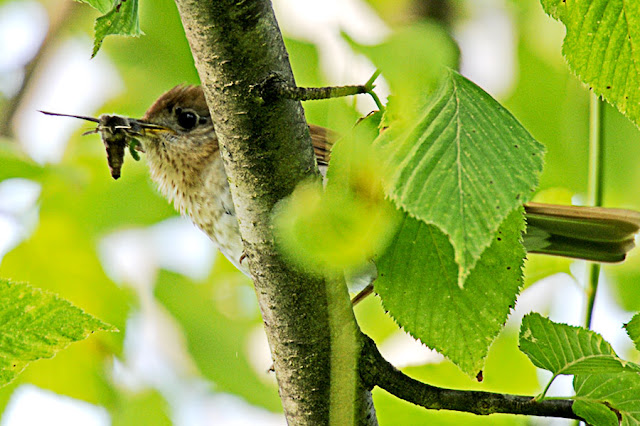 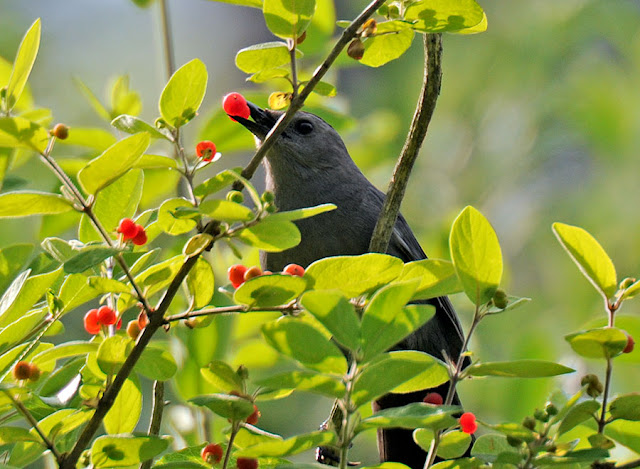 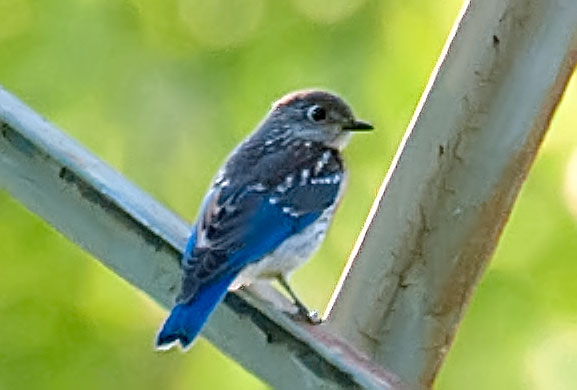 A juvenile Eastern Bluebird. It took me a while to figure this out. 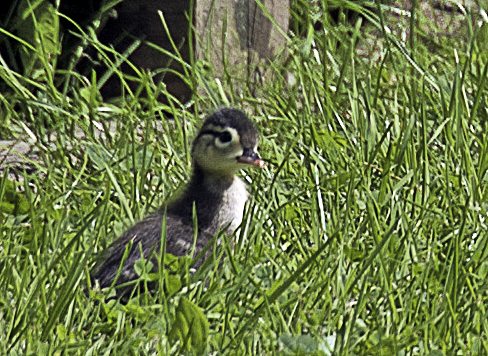 A baby Wood Duckling temporarily lost, but its loud contact calls alerted its mother and they were soon reunited.