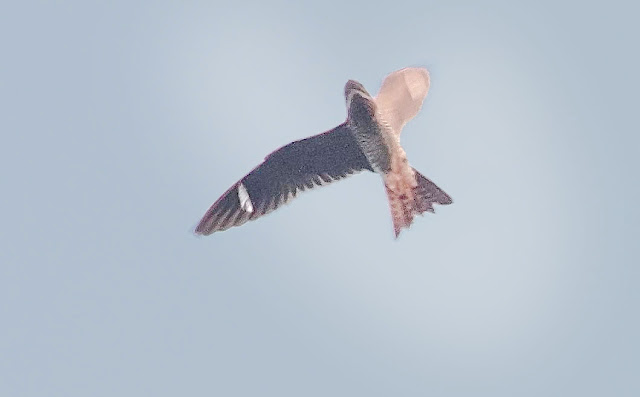 For the past couple of weeks I have given supper short shrift  -  quick meals out of the freezer or whatever leftovers I could put together -  because during the second half of August supper time is when the Common Nighthawks pass through on their fall migration. Every evening for the past several years Vermont birder Don Clark of Grafton has has been observing the migration at Westminster Station near the Connecticut River, a perfect wide open location with good views in all directions.

Other birders, both local and from across the state, have been joining  him in spotting and counting the passing migrants for the annual record. They fly in small flocks, starting as barely visible dots on the distant sky, then turning into tiny ciphers fading in and out of view, and then suddenly they are right overhead, flashing their white wing patches, with little time for the lens to lock onto the target. When actively feeding their flight is erratic, banking and curving, suddenly veering off into a different direction. And before you know it  the opportunity to catch a good shot has passed. I found it helps to set my camera on continuous autofocus, have a fast memory card and then fire away until the buffer is full at about 100 shots, if set on JPEG Fine, or 19 when shooting RAW.

Male Nighthawks are distinguished by a white sub-terminal tail band which is absent in females and juveniles. 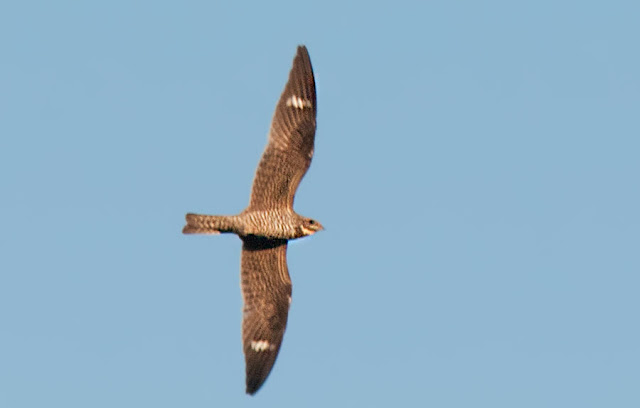 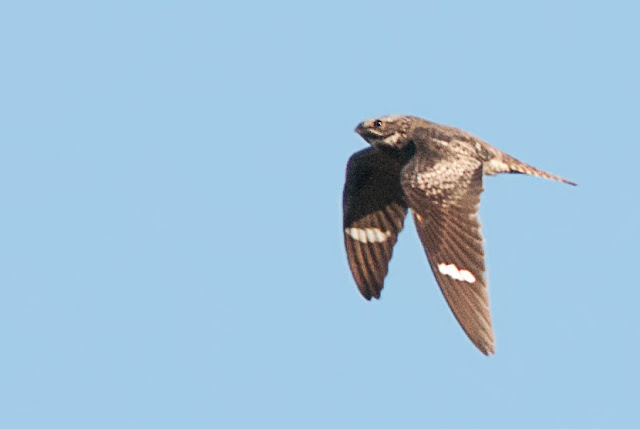 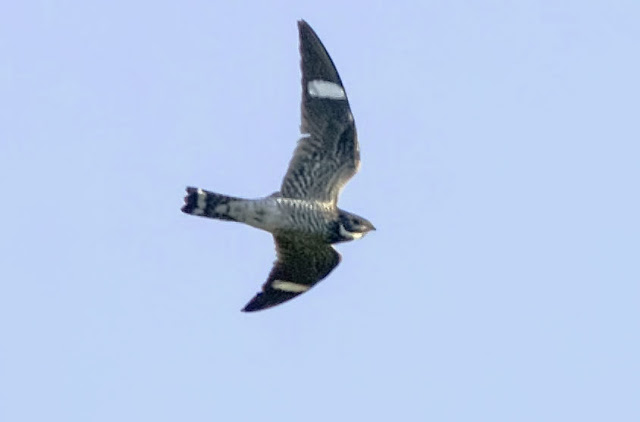 I am including these two shots, the one above and one below, because the legs are extended. They weren't coming down to land, but maybe they did so for some other maneuver that escaped me. 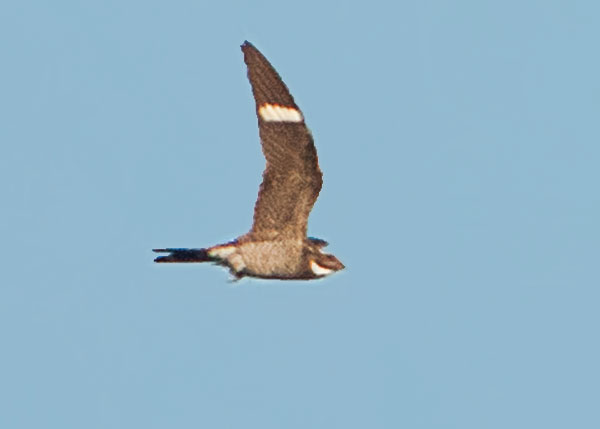 The birds are often flying with their huge mouth agape when hawking flying insects, but  I only caught two of them doing so. 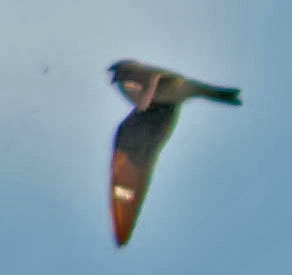 I apologize for these blurry shots, just using them to illustrate this behavior. 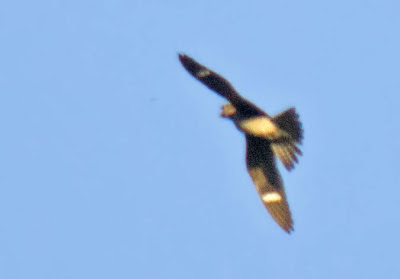 Common Nighthawks are long distance migrants from continental North America, usually along river valleys and lake shores, to their wintering quarters in South America. They have been listed as critically imperiled in the New England states.  In the past, migratory flocks often numbered in the 1000's  According to Don Clark the highest number this year at Westminster Station was 641 on 8/22, but on most evenings the counts were much lower, often in the 100's or low 200's. 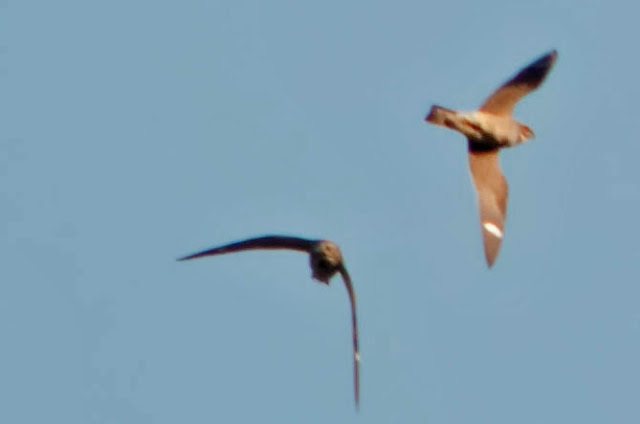 Here's a link to a  video featuring  recordings - the peenting nasal call and the boom made by the wings when the bird is diving - narrated by Macaulay Library curator Greg Budney. Great photos too, much better than mine.

Finally on the last day, just when the numbers of passing Nighthawks had tapered to almost nothing, we were treated to two Bald Eagles circling above. 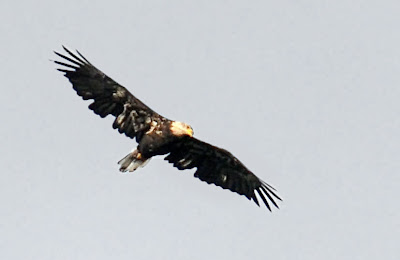 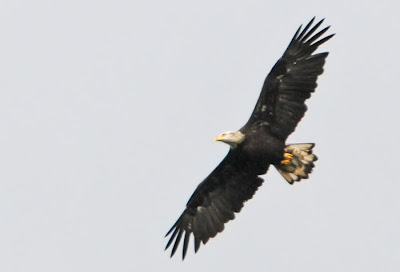 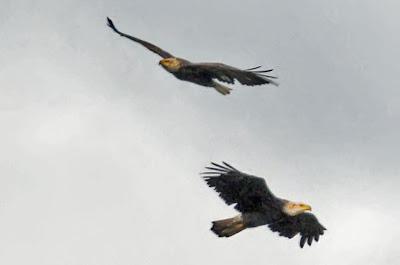 Ruby-throated Hummingbird in a patch of Jewelweed

I was checking the wetland patch next to our driveway for warblers when this female Ruby-throated Hummingbird arrived to make her rounds through the patch of Jewelweed. She must fatten up for her journey south. 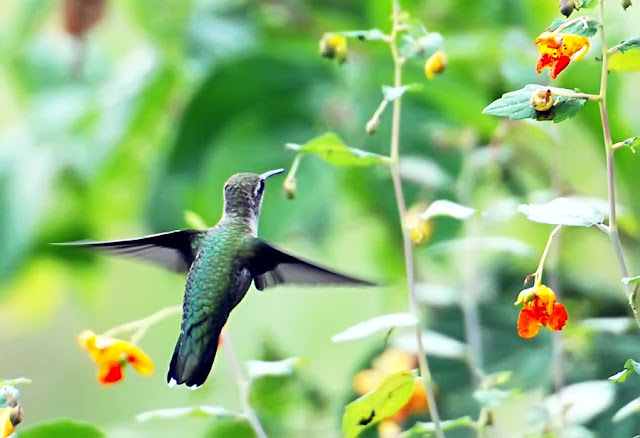 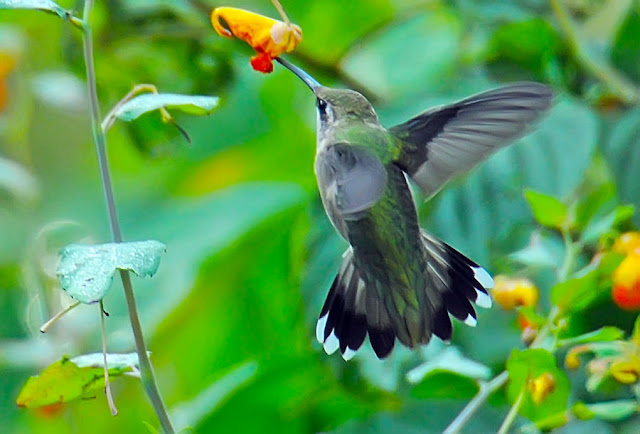 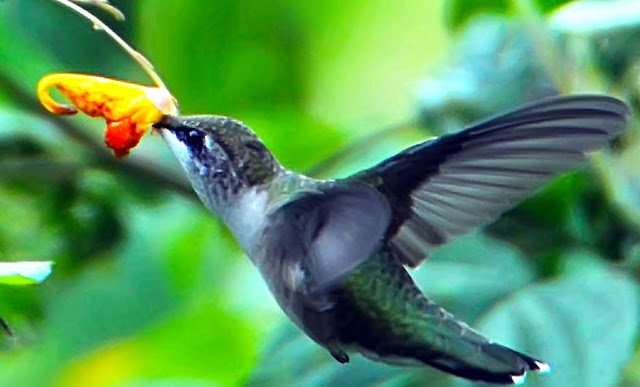 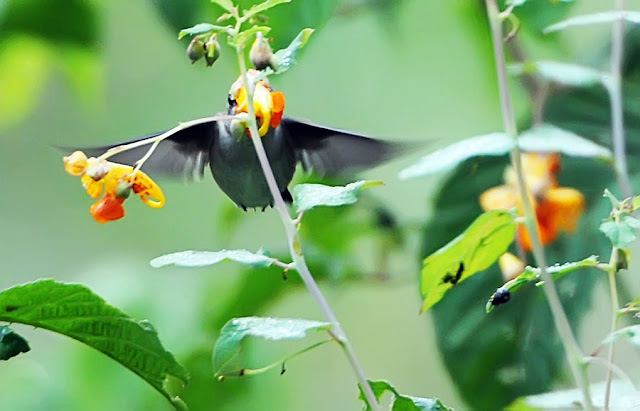 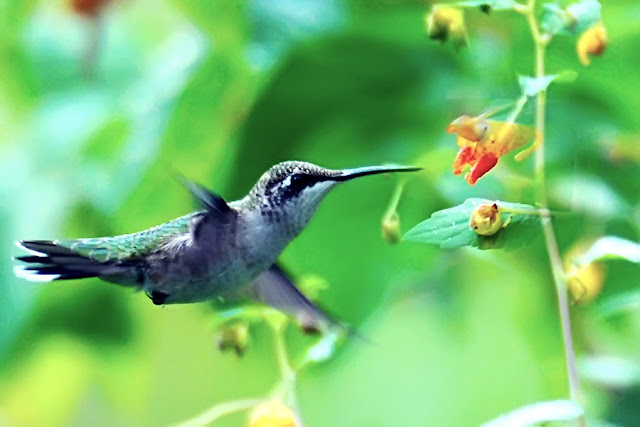 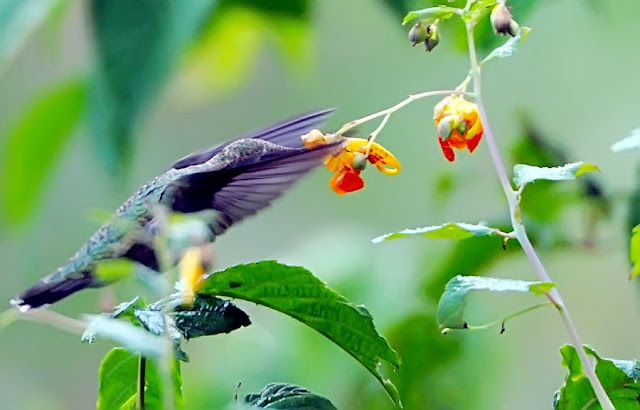 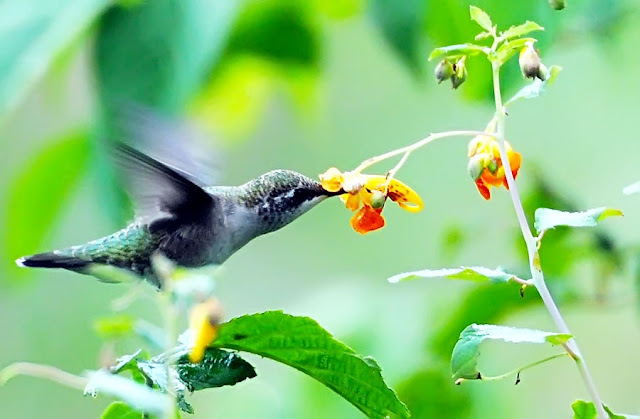 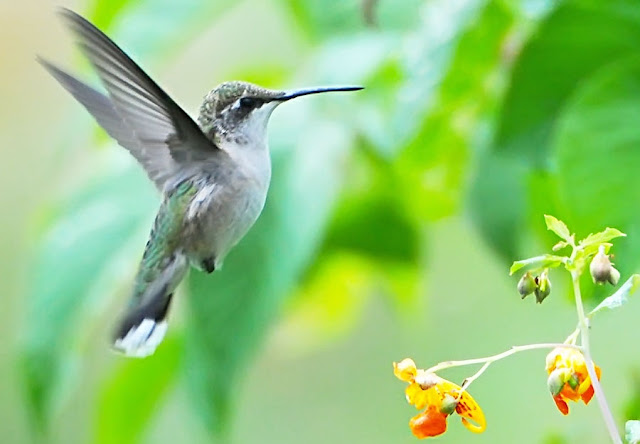 Lift off!  --- She'll probably be back tomorrow.