Strange Tale of Dog and Deer

This is a true story:

A couple of days ago I was walking along a logging trail on a nearby mountain with my dog Chance. After a sweaty and buggy uphill climb we finally reached the top, a large clearing overgrown with weeds, brambles and small trees. As I was scanning the leaves for small disturbances indicating a bird, Chance took off into the woods. After a few minutes I heard a distant yelp. Fear or pain? I called him back with no response. I heard nothing further. While waiting for him to return I noticed two small birds in the undergrowth nearby, two foraging Ovenbirds who paid little attention to me. 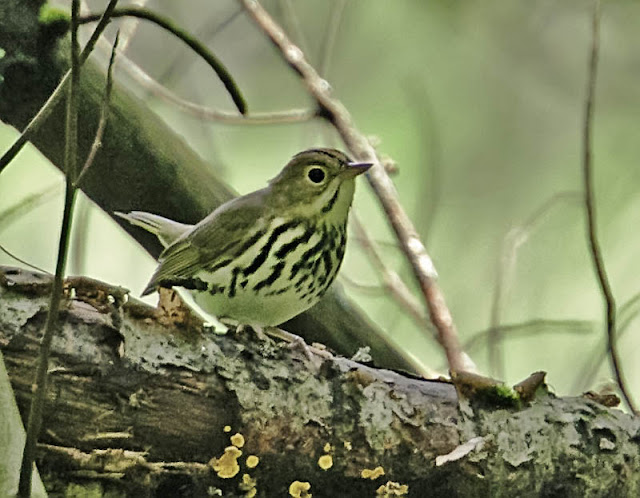 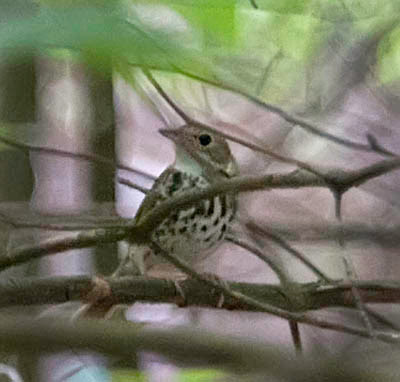 Suddenly, to my relief, I saw Chance trotting through the thinning forest about 50 yards off on my right. With his white coat and large black patches he was easy to spot. As he approached the clearing I expected him to turn toward me, but instead he continued straight on. 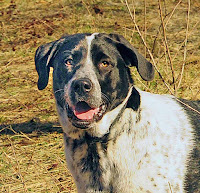 I should say a few words about Chance: He is friendly to all creatures except small furry things. Having been bitten as a puppy by an older dog, he is timid with other dogs and, if we encounter any on our walks, he clamps his tail between his legs until they have proven to be friendly. He has not met up with larger animals such as cows or horses. He has never seen deer at close range, only at a distance running across the field next to our house.
What happened next keeps replaying in my mind as if on a stage: a few steps behind him an adult antlerless deer was keeping pace with him. Chance continued to make his slow way through the weeds and low brush, stopping  at times to sniff  or examine something. The deer too stopped moving and resumed his pursuit as Chance moved on. Chance, seemingly unaware to his strange escort, did not once turn around. Soon both disappeared into the woods at the opposite edge of the clearing.
A couple of minutes later I saw the deer again, standing, as if posing, straight ahead at the edge of the plateau framed by two trees with  the sky as a backdrop. After a minute or so the deer walked off, stage left, and Chance reappeared from the woods on my right. Did he circle around behind me?
I had had a clear view of the entire strange spectacle but was so mesmerized by it that it never occurred to me to lift up my camera and and take a picture. So nothing to document it. I am still totally perplexed, still can't make any sense of it.
A unedited preview of the peacable kingdom?
Thanks for stopping by. Please leave a comment.