Wood Warblers and other spring migrants

The warm weather over the past several months deluded us into thinking that we had skipped winter and that it was spring already, but the birds kept to their usual schedule.

On a couple of walks I saw among others a Canada Warbler, a Chestnut-sided Warbler, a Palm Warbler, a Yellow Warbler and a Common Yellowthroat. There were also plenty of Yellow-rumps and A. Redstarts, but none held still long enough for a decent shot. 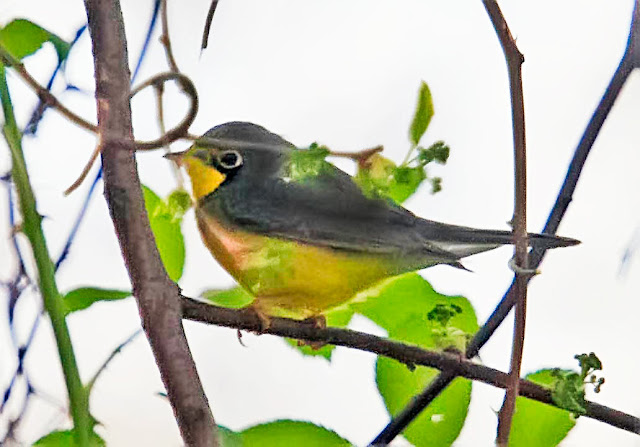 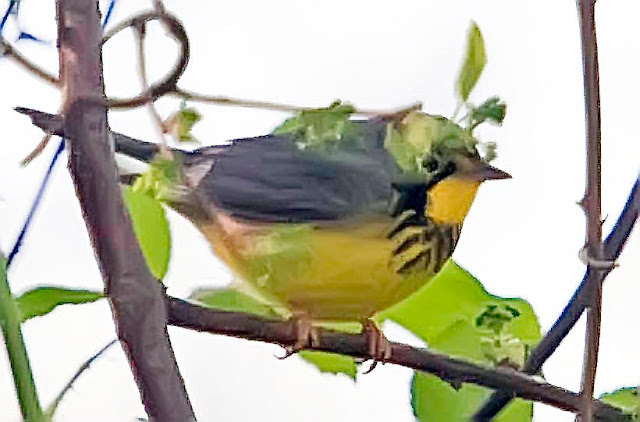 I always marvel at the great diversity of colors and patterns among the warblers. There is such an amazing congruence between what we find beautiful and what the females of the species find beautiful ---after all it's the females who, over the course of evolution, select the males whose looks they find most pleasing. 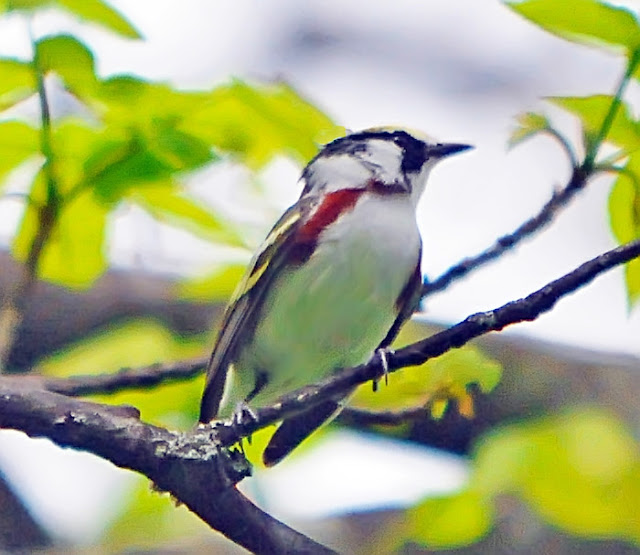 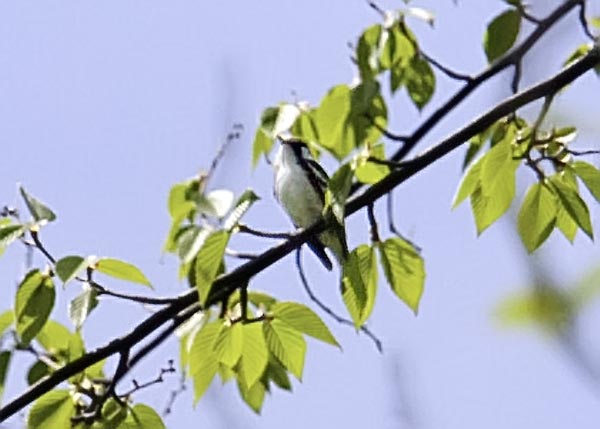 Photographing warblers can be extremely frustrating. They are usually high in the trees and moving faster than my finger on the shutter release. Often when I look at the photos at home I can't even find a bird in the tangle of leaves. 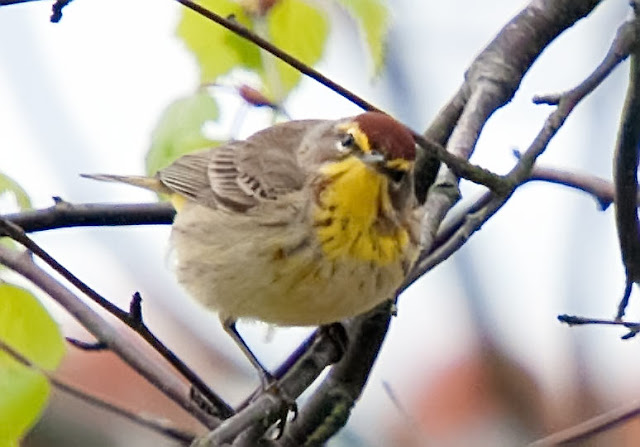 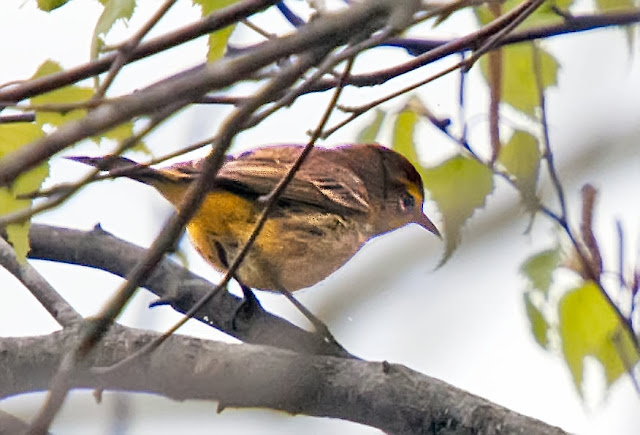 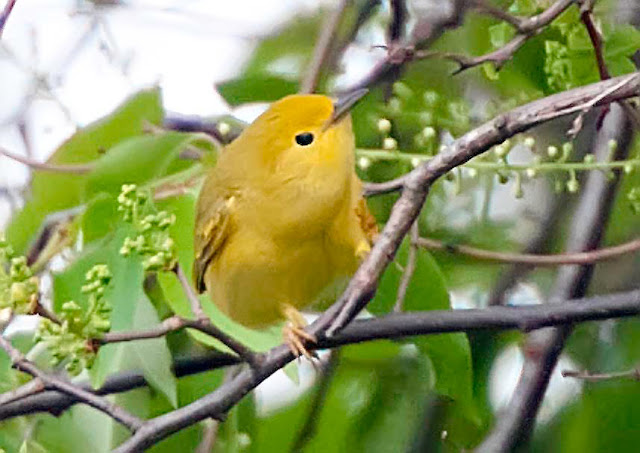 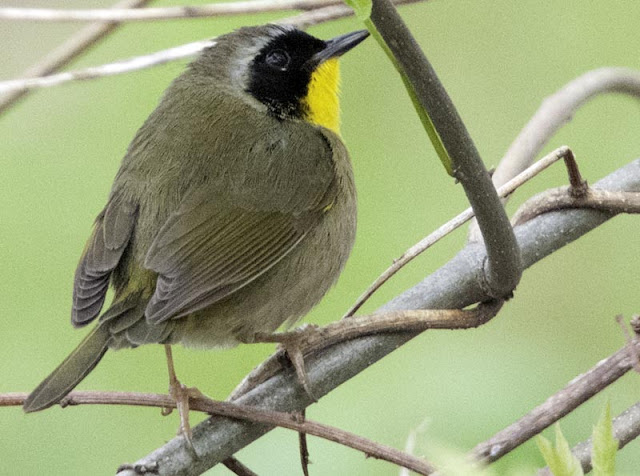 In terms of flycatchers there are plenty of Eastern Phoebes around, but other species are rarer. So I was happy to get this cutie, most likely a Least Flycatcher to judge by the complete eye ring and the short wings. 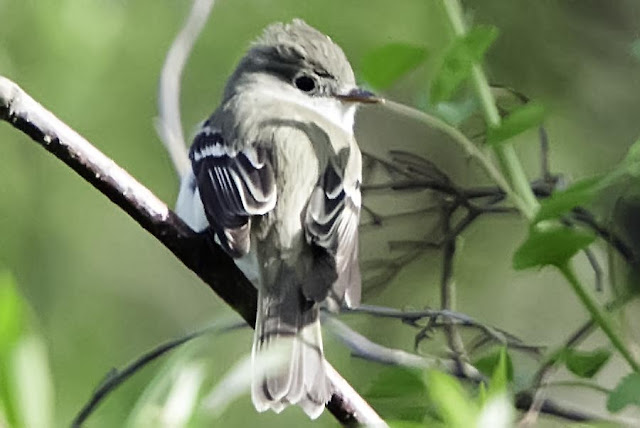 Finally I got a brief glance at a Rusty Blackbird walking along the mud bank of the West River, the first one I have seen in a couple of years. Vegetation was blocking my view down to the river and when it finally opened up the bird saw me and promptly disappeared. So no luck in getting more shots. 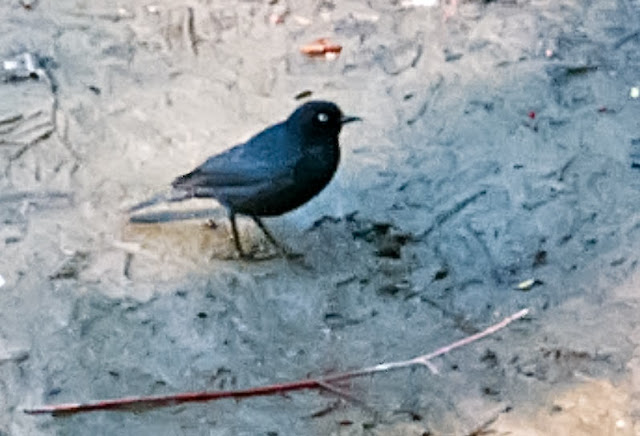