Trip to the Coast on Cape Ann Part 1: Sea Ducks 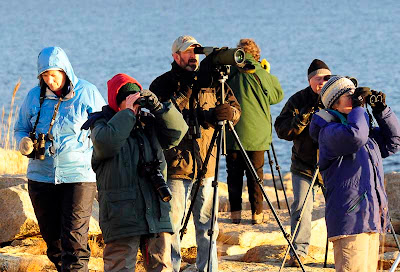 Last weekend's trip to Gloucester and Rockport on Cape Ann was both exhilarating and frustrating, exhilarating because of the knowledgeable and enthusiastic guidance of  Bryan Pfeiffer of Vermont Bird Tours, a congenial group of participants and of course the beautiful warm weather, frustrating because the birds were mostly far out at sea, too far to get decent photos of, and the bright sunlight produced harsh shadows, not ideal for photography . Most photos worth keeping were taken on the second day when the sky was slightly overcast. For my next trip to the coast I will  have to invest in a scope after all and learn digiscoping.


The Common Eiders were plentiful and fairly close to shore. There was a King Eider but far out and difficult to see even with a scope. 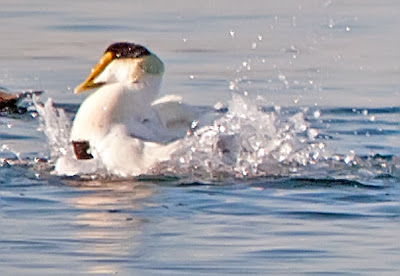 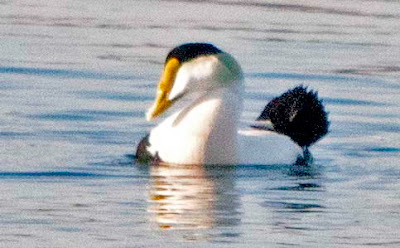 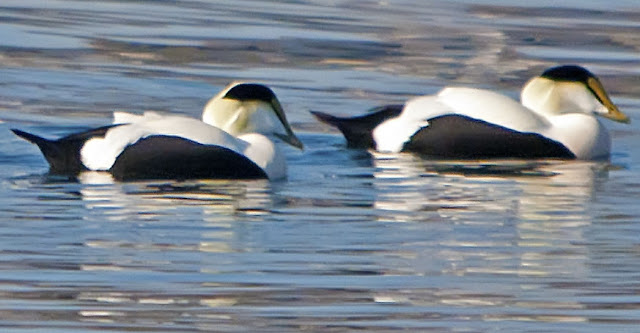 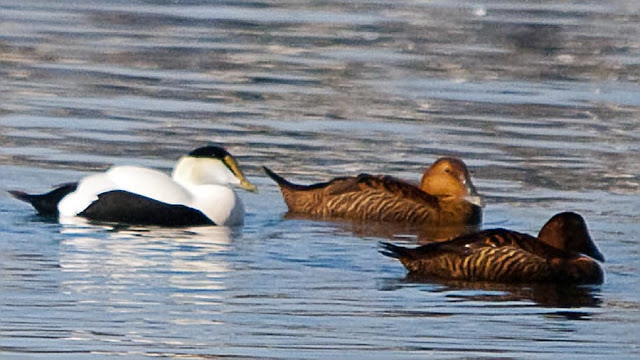 Buffleheads were also easy to see. The males were beautiful with their iridescent head and neck contrasting with the stark white patch across the nape. 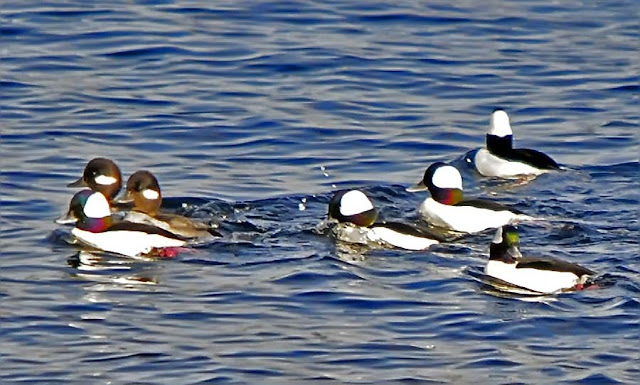 A high point where the Harlequin Ducks at Andrew's Point.
Here they are perched on a rock enjoying the warm sun rising over the North Atlantic. 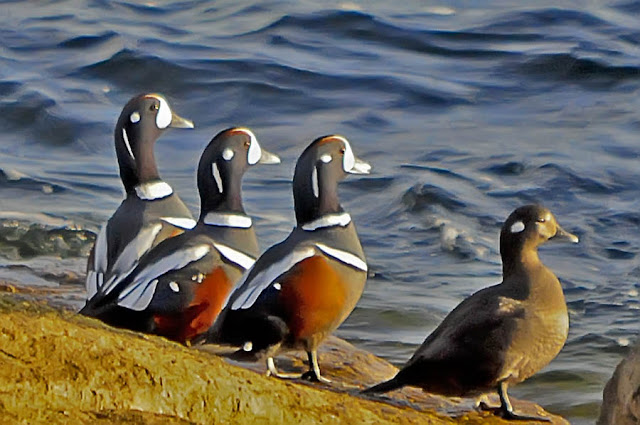 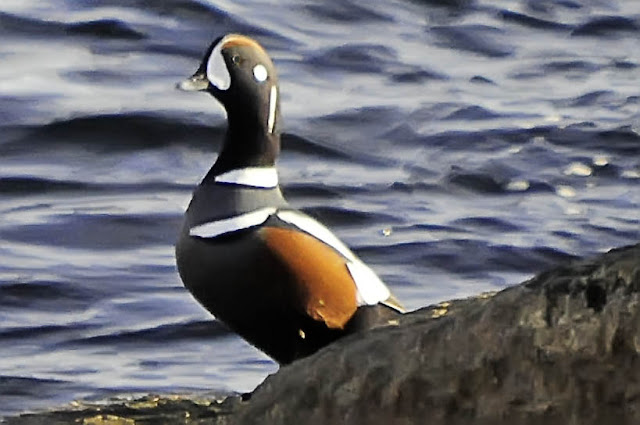 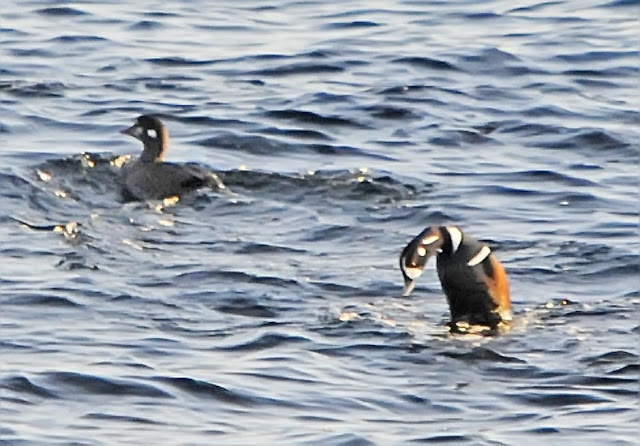 They are at home in turbulent water, breeding on fast flowing rivers in the summer and moving to the rocky coasts of North America and Greenland in the winter. Negotiating the surf along a rocky shore they forage in shallow water close to the coastline. 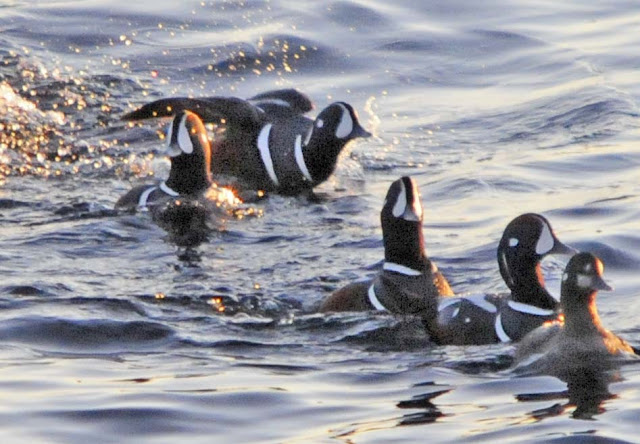 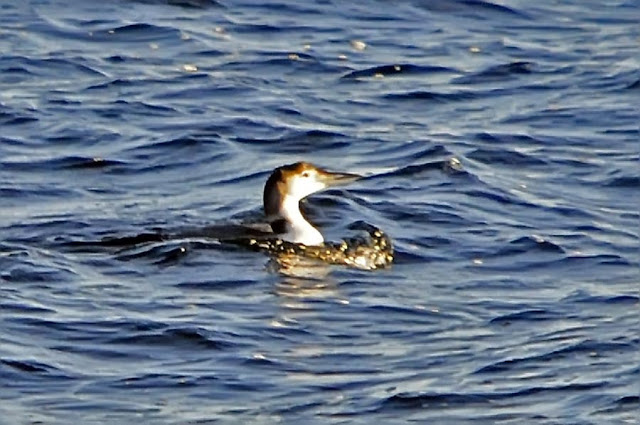 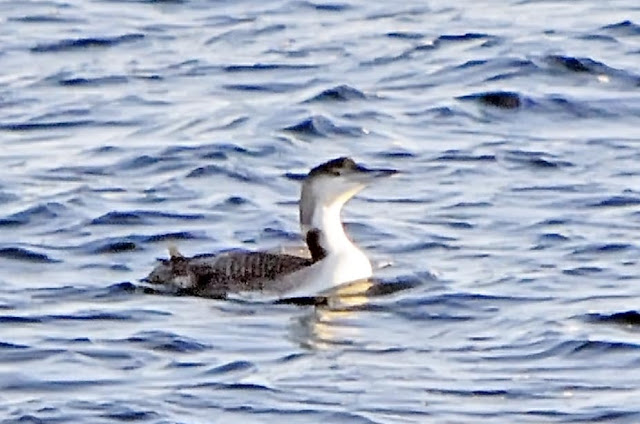 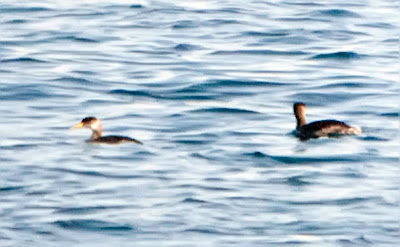 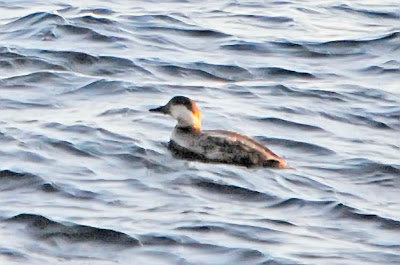 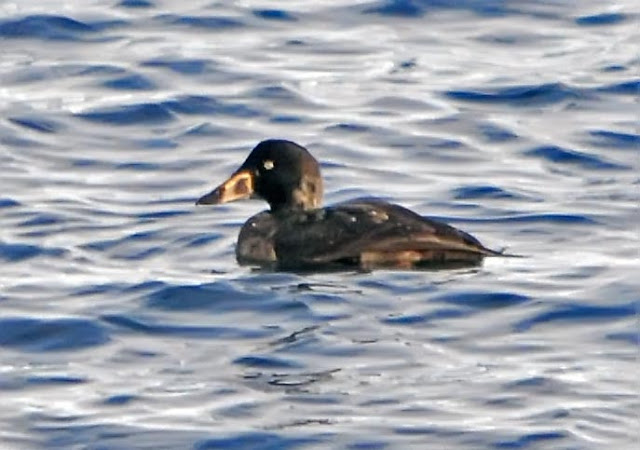 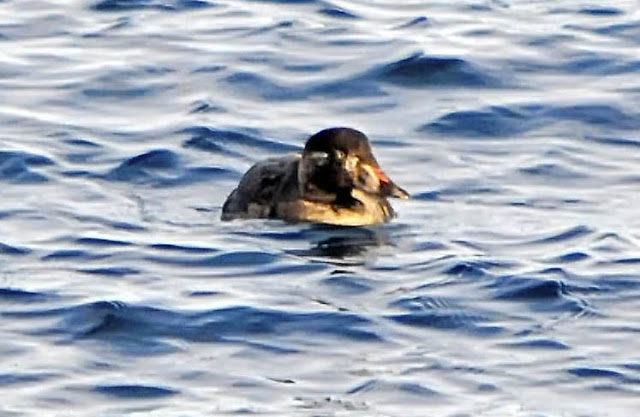 I believe this is a first winter male Surf Scoter 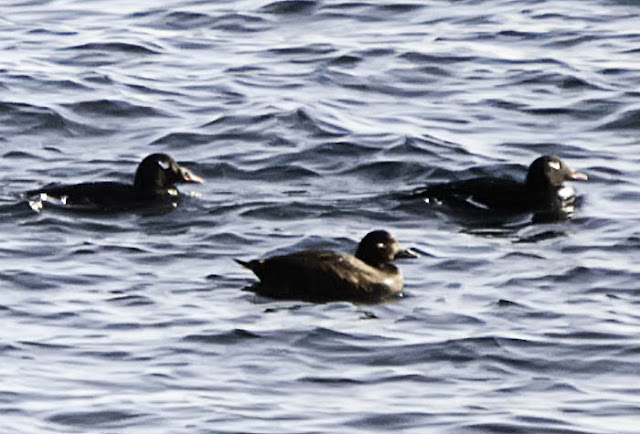 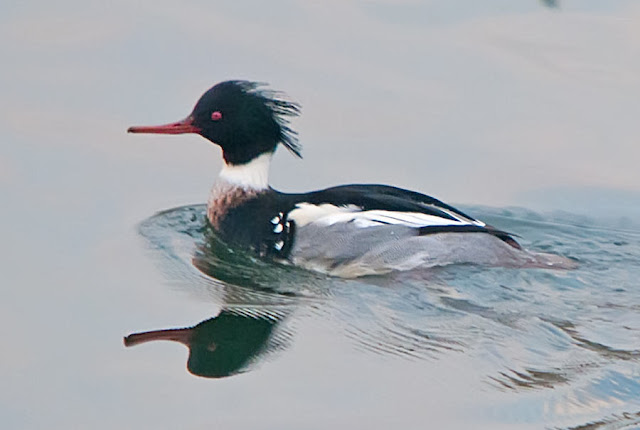 And lastly not a sea duck: 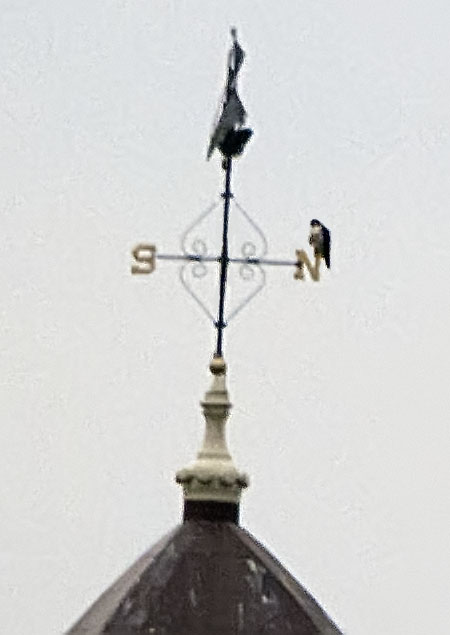 This Peregrine Falcon. perched on top of Cloucester City Hall, has been a regular winter visitor for the past 8 years

We saw several more species, but I am not including them here since I didn't get any photos. I saw the King Eider but not well enough to count it in my life list I added the Surf Scoter and the Red-necked Grebe to my  list bringing it up to 293. My next post about the trip to Cape Ann will be all about Gulls. They go through several stages of molt, while they age, making them difficult and challenging to identify, though they are some of my favorite birds to photograph.

Thank you for visiting my blog. I would very much appreciate your comment.