Birds of Spring, and a new camera

A couple of weeks ago we, a local VT Audubon group, met in the evening to watch a Woodcock's mating dance. It was close to 8 PM and dusk was descending fast over the large bumpy field of faded grass, when we heard the first peenting. We moved closer to the source of the sound and stood in a half circle listening and waiting. The peenting continued at regular intervals sometimes closer, sometimes farther away indicating that the bird was walking about.

After several minutes of peenting the bird finally took to the air. It went up fast and high -  a member of the group indicated the flight pattern by the zig-zag motions of his hand. It was too dark by then for me, but we all heard the fluttering song of his wings. I had made a recording a couple of years ago. (If you use the Chrome Browser the sound starts right off and the browser lacks an on-off feature.)


When you listen carefully you'll hear the following sequence: the thin nasal  buzzy "peent" call preceded by a barely audible "tuko" sound, the twittering made by the wings during sharp turns, and the vocal chirping during aerial flight which becomes louder as the bird descends. The last part of the descent is silent. Then a soft fluttering of the wings as the bird lands.

I also took some photos of the bird on the ground, rotating in place while peenting. 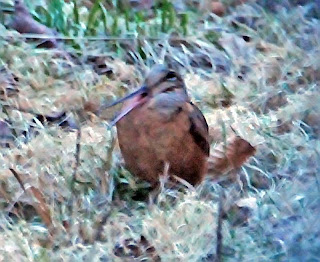 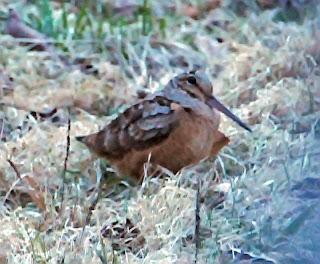 During the last week of April spring had arrived and migration had started. On a recent walk I saw and heard a couple of Blue Gray Gnatcatchers calling to each other across the trail. 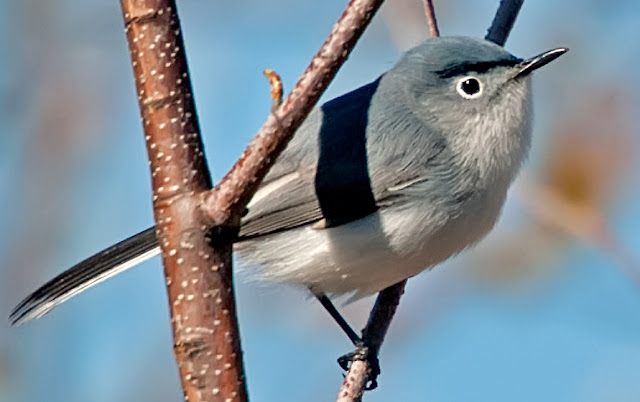 The male sports a uni brow which gives it that fierce look. 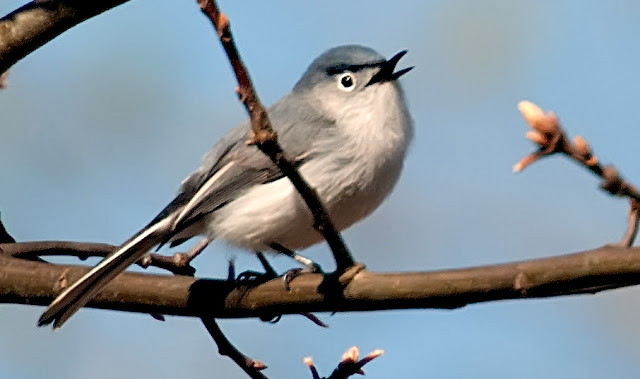 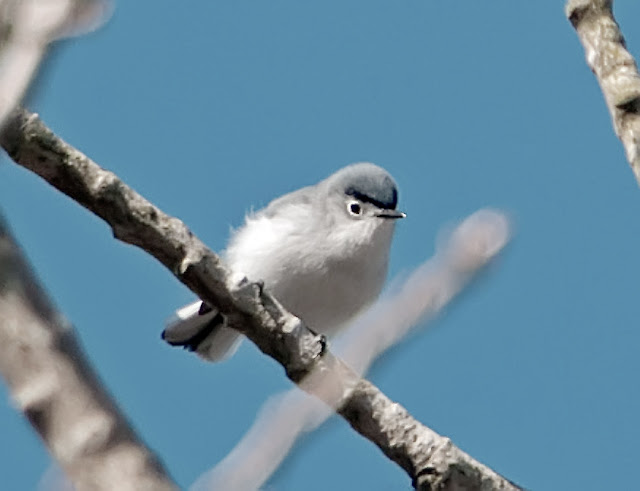 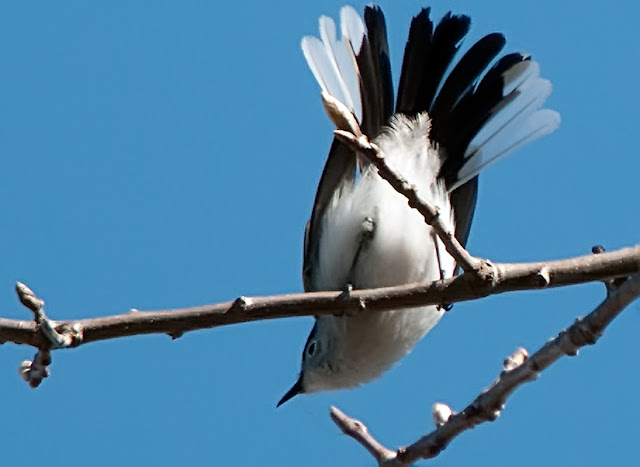 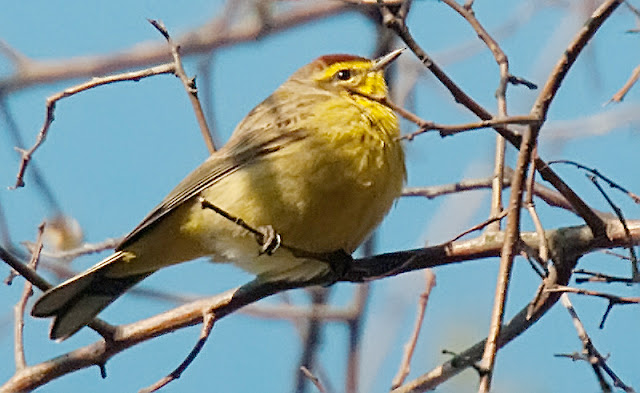 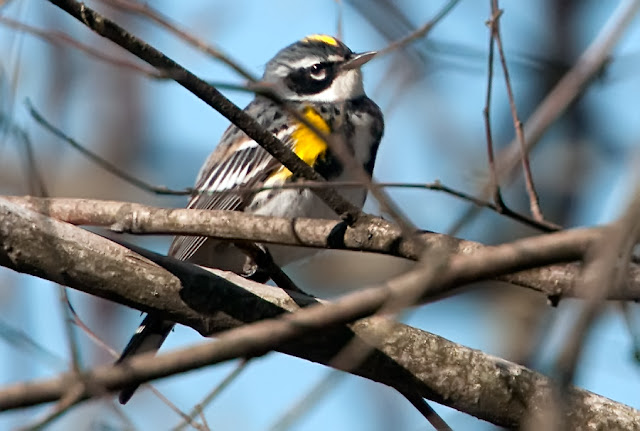 A pair of Blacks and White Warblers were flitting through the trees, One of them was a male, the other probably an immature bird or a female. 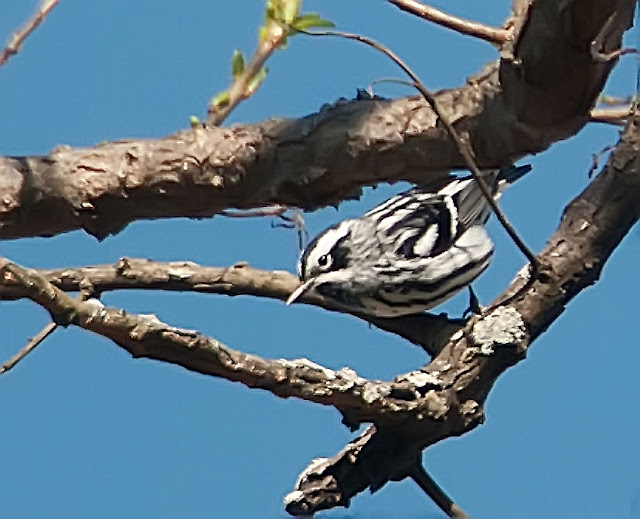 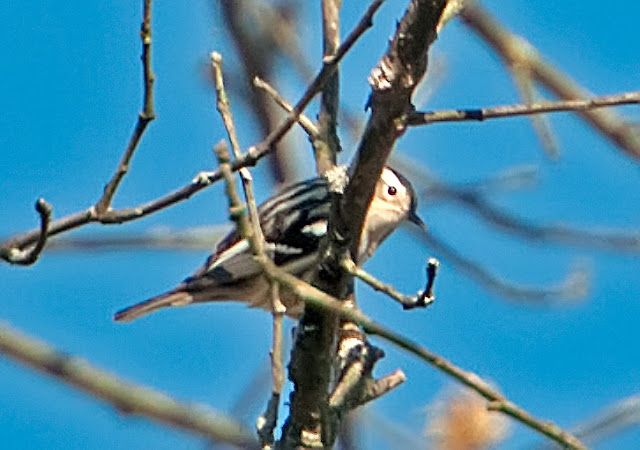 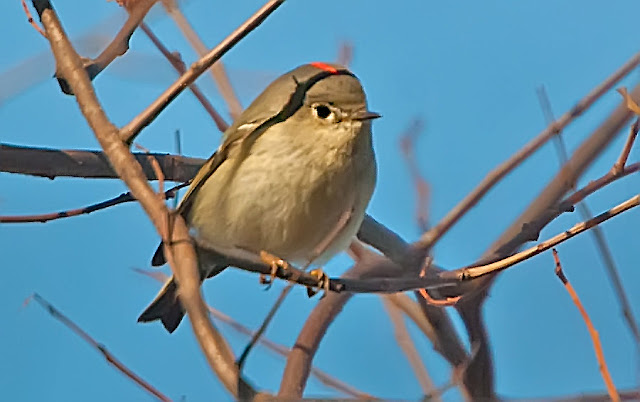 The Ruby-crowned Kinglet is considered a migrant in VT, but I have also seen it here during a Christmas Bird Count. This the first one since last summer.

The new camera
After reading Lillian Stokes enthusiastic review of the Canon Powershot SX50SH I had to have it, because its telephoto lens could zoom out from my current 400mm to 1200 mm, a feat that for my Nikon D300 would cost me thousands of dollars, and anyway would be way too heavy to carry. So I sold my Powershot S95 and bought this camera instead. I found out, though, to utilize this power I have to spend hours of practice. At such high power magnification with resulting small field of vision it's impossible to keep track of small birds on their foraging trips through the trees. So for that I went back to my large Nikon.

Maybe I will yet the hang of it, anticipate, move faster... The camera works great for stationary birds, like the juvenile Red-throated Loon below which showed up on a sheltered bay of the CT River, or the Great Blue Heron about the snag his breakfast, or the Eastern Towhee below or the White-throated Sparrow. 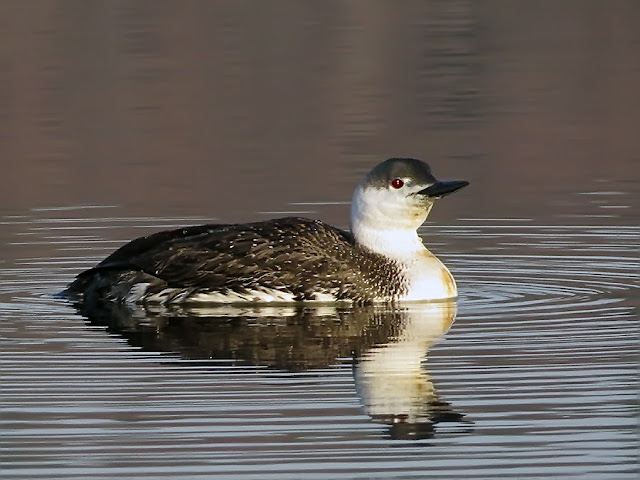 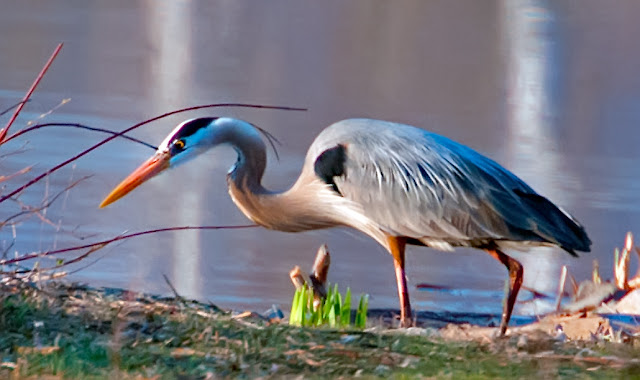 Have you noticed when the waiter brings the plates with food to the table, the diners' eyes pop out  just like this? 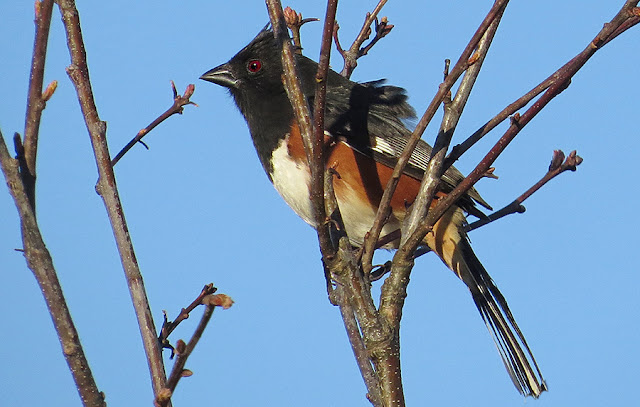 Eastern Towhees were present in large numbers. This one was at Montague Sandplains WMR where, at dusk, I saw a whole flock of around 30 to 40 birds flying overhead east to southwest

The backyard is teeming with White-throated Sparrows. I have been scattering black oil sunflower seeds on the grass to avoid having them all at once sitting gobbled up by grey squirrels. 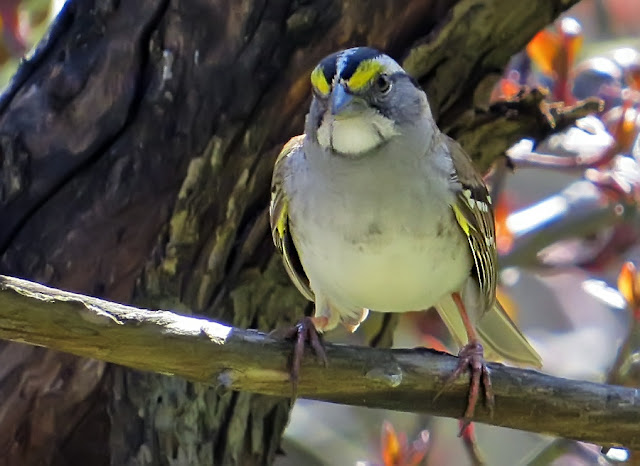 This White-throated sparrow has unusual bright yellow alula feathers at the shoulders, which I haven't seen on any of the illustrations in my guide books. Alula feathers are often hidden; it's probably a variation, not a hybrid.