I borrowed the expression from a 2006 article in the New York Times Cuteness is characterized by baby-like features, such as big eyes, small nose, or beak, and a large forehead.  I tried to track down the origin of the word but all I found in Shipley's book on the Origins of English Words was that it is a shortened version of "acute" i.e. sharp or pointed, which doesn't make sense for our use of the word.

This cuteness as a characteristic of young helpless animals seems to be universal in the animal world. Think of  fawns,  piglets, penguins, ducklings.... Even a Triceratops yearling with its large eyes was probably cute in the eyes of its mother.

So, when looking at photos of an American Tree Sparrow the first words that come to my mind is "how cute!", with their big bright chestnut crown, their prominent shiny eyes, their small beak and that little black button on their chest. 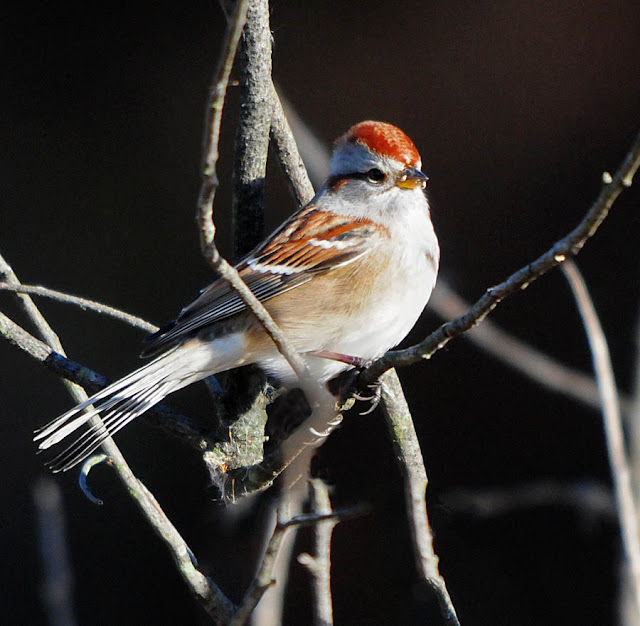 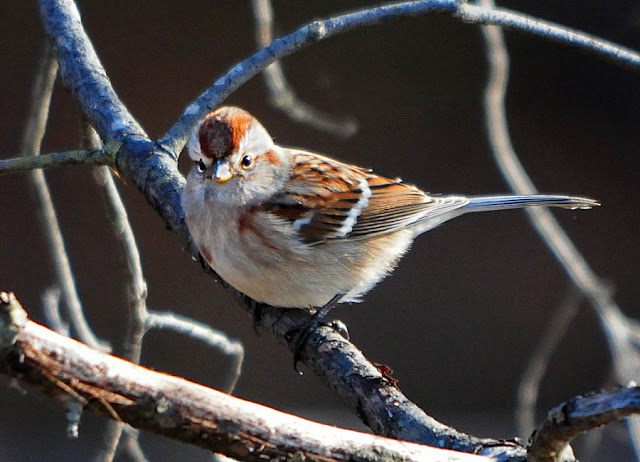 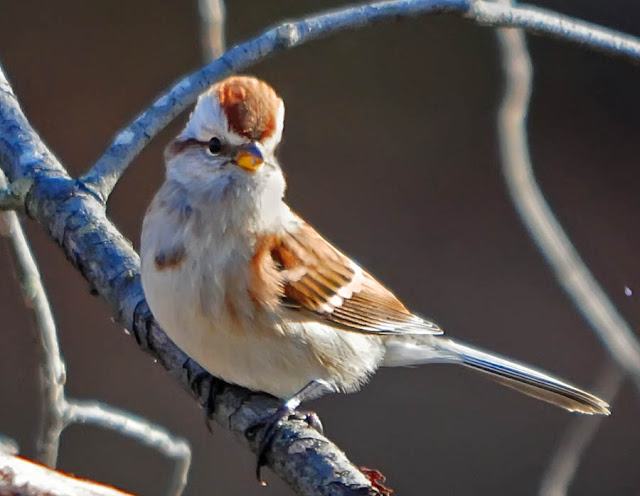 White-crowned Sparrows are not far behind in terms of cuteness. 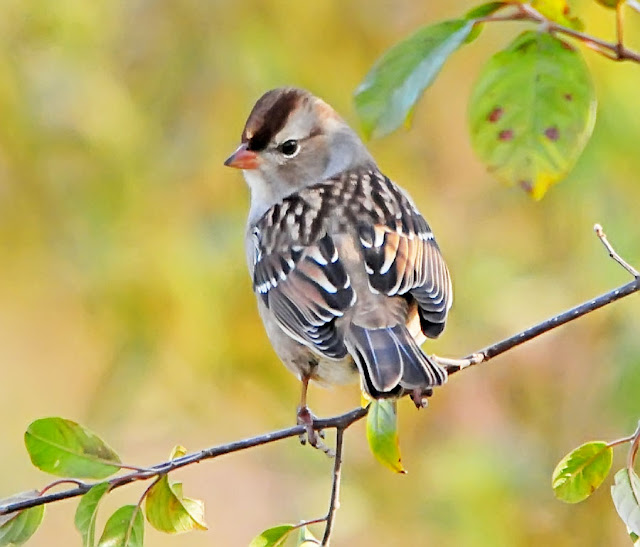 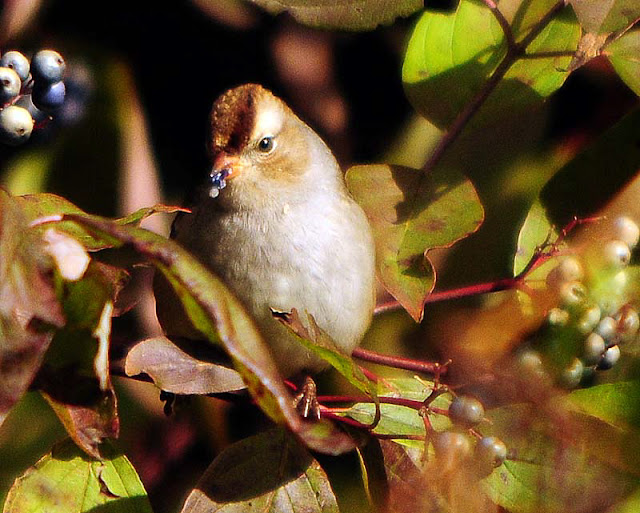 So what does it all mean? I have no idea. Read what fellow blogger Chris Petrak has to say about "cute". He also thinks we ought to eliminate "nice", "amazing", "awesome" .... How about added "stunning" and "gorgeous"? I don't agree with him there. Many times you just want to let someone know that you enjoyed looking at their pictures, without attempting a specific critique -  and when reading comments, superlatives are the going coin of the realm.

To change the subject, we used to have many red squirrels visiting our bird feeder, generally outnumbering gray squirrels. In fact until a few years ago I rarely ever saw a gray squirrel. Red squirrels are usually very noisy, scolding and chattering from a near tree branch or the roof of our deck, but those sounds have been missing lately.. 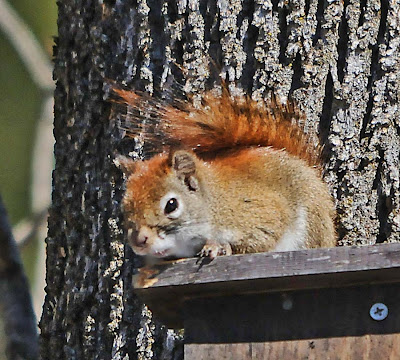 They, too, look cute with their large eyes and stubby nose, but they are an aggressive and highly excitable species. We were always worried about them establishing themselves in our attic which led us to purchase and install a "Squirrel Evictor" strobe light.  I am just realizing now that I haven't seen or heard a red squirrel for at least a month.

In the UK the native red squirrels have become endangered due to the spread of the squirrelpox, a virus apparently introduced with the release of a Canadian grey squirrel by a misguided animal lover. Is that happening here too?

I am wondering whether anybody else is having the same experience. If so, please contact me.

Thanks for stopping by. Please leave a comment.
Posted by Hilke Breder at 11:44 AM