This juvenile Common Merganser, its bill lit up in the afternoon sun, was part of a mixed group of juveniles and adults foraging in a small local stream several months ago. Both Common and Red-breasted mergansers use their serrated "saw bill" to catch fish and crustaceans. 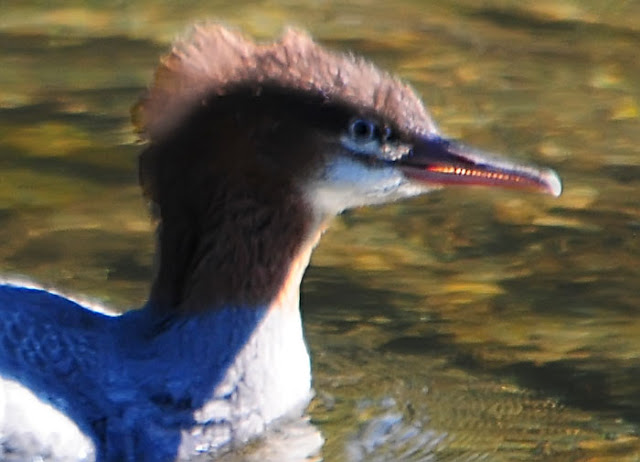 Common Mergansers are are found on open inland waters throughout the year. In contrast Red-breasted Mergansers prefer quiet salt-water bays. They usually stick to the coasts during migration from their breeding grounds in the northern boreal forest and tundra. Infrequently do they appear on inland lakes and rivers. 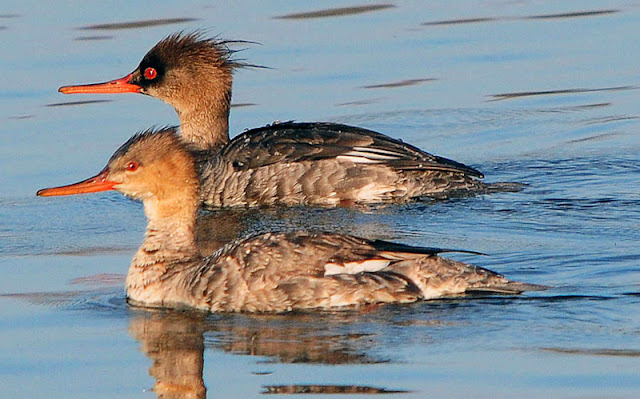 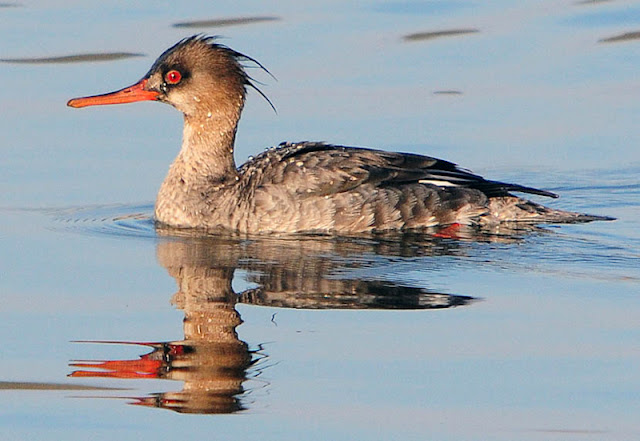 This pair ventured inland. I found them on a quiet backwater of the CT River. In basic winter plumage the male and female look very much alike, except for the male being perhaps a bit darker.﻿ The two photos below, taken in Gloucester Harbor in MA, show them in breeding plumage. 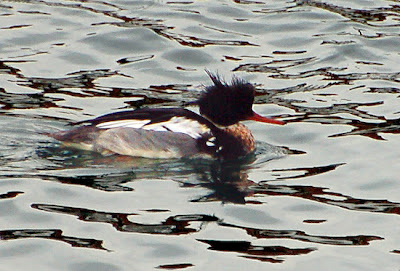 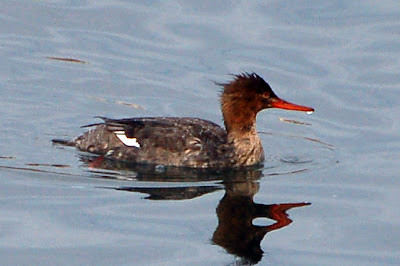 Thanks for stopping by. Please leave a comment.
Posted by Hilke Breder at 8:16 AM