In the summer Robins usually appear on our lawns singly or in pairs. However in the spring large flocks of Robins move north. I have seen several hundred of them settle on our lawn or the field next to us on any spot that's bare of snow. They are there for a short time and then, when the food supply is exhausted, move on.  In the winter populations usually shift south and local ones are replaced by those from further north. When the ground is frozen they switch from invertebrates to fruit. Flocks migrate to areas where fruit and berries on the trees are plentiful which can vary from year to year.

I had never actually seen wintering Robins, or at least not been aware of them, until last winter when small flocks appeared in our area in Southern VT. They were feasting on fruit in the trees and on the ground. Once the fruit was gone they moved on. 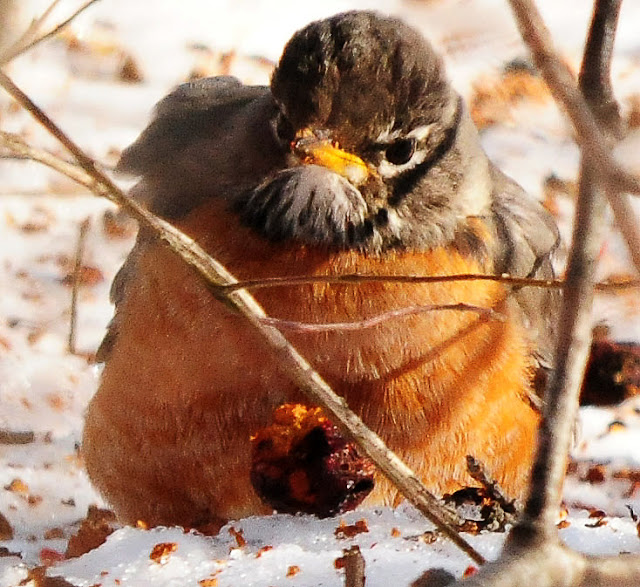 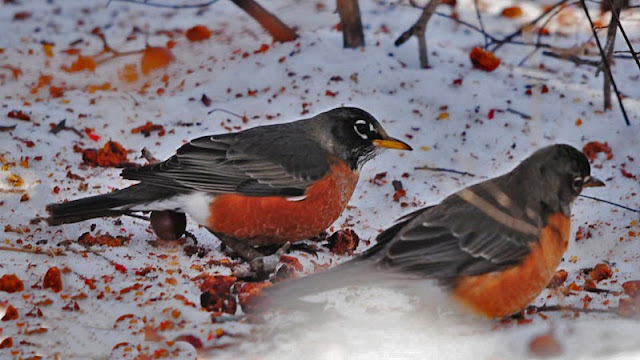 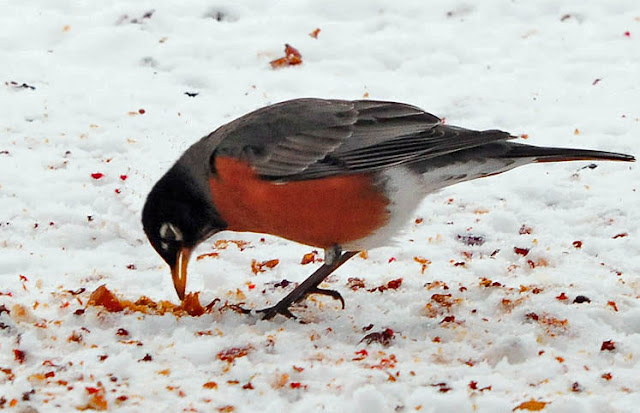 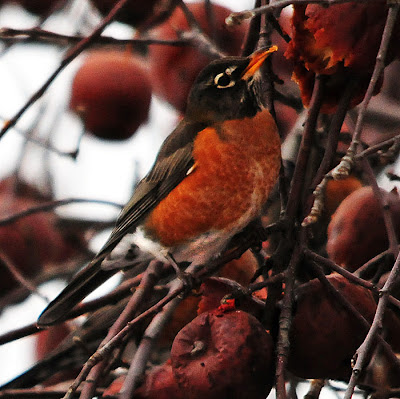 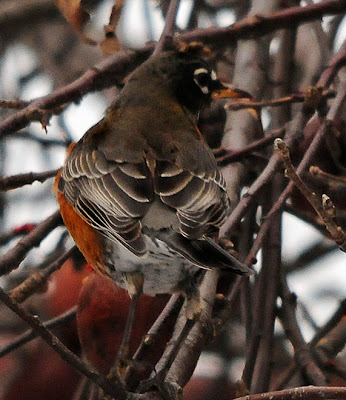 Thanks for stopping by. I wish you all, dear Readers and Followers, happy holidays and a peaceful and productive new year!
Posted by Hilke Breder at 11:53 AM