I had given up on getting close-ups of Snow Buntings when I read about large numbers of Snow Buntings and Horned Larks congregating on the parking lot behind an Agway farm store in Walpole, NH within a short driving distance from where I lived. The birds were hungry. Because of the heavy snow fall the snow plows were no longer uncovering soil containing seeds along the roads and the seed heads of grasses had long been buried under the deep snow that had fallen over the past months.

When I arrived there yesterday around 9AM I saw a small mixed flock of Snow Buntings and Horned Larks near some shrubs by the side of the store, but not the kind of numbers I had expected. When I asked the employee working in the store he obliged me by grabbing a scoop, filling it with sun flower seeds and scattering them on the lot in back of the store. He also pointed to a big flock of birds in the distance resting on a large snow-covered field that I had missed driving in.

Soon enough the birds started coming in and, eagerly gorging themselves on the seeds, they allowed me to get close enough for some good shots. 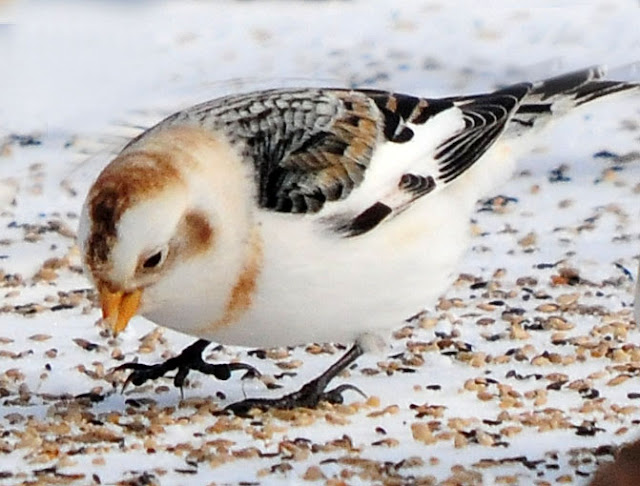 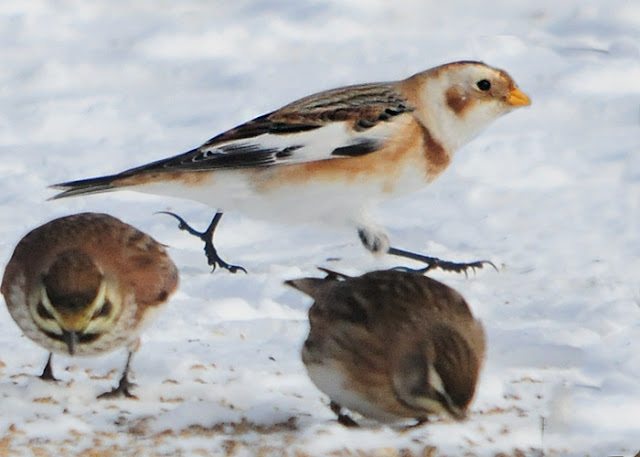 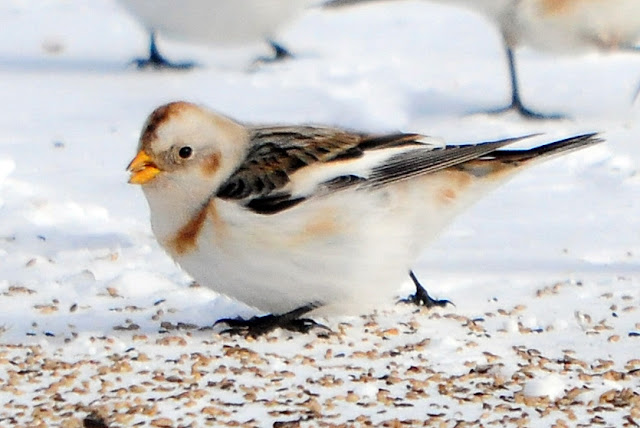 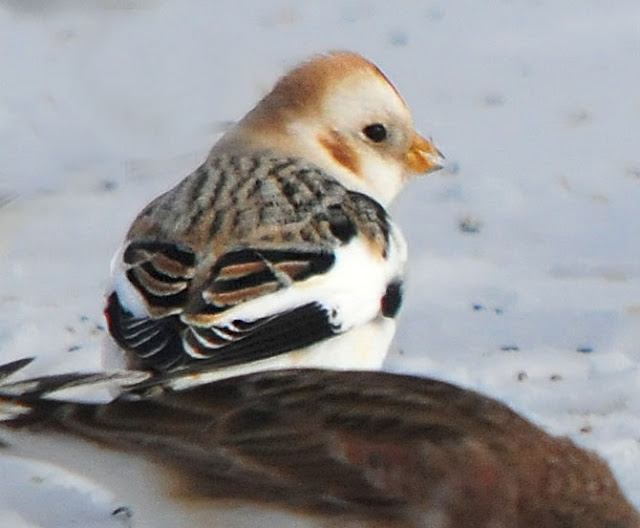 When disturbed the birds would flutter up to the top of a tall snow wall at the edge of the parking lot, but quickly come back as soon as it was quiet again. 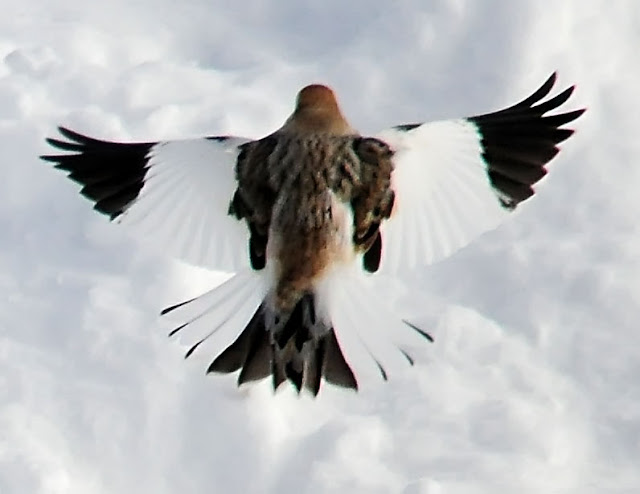 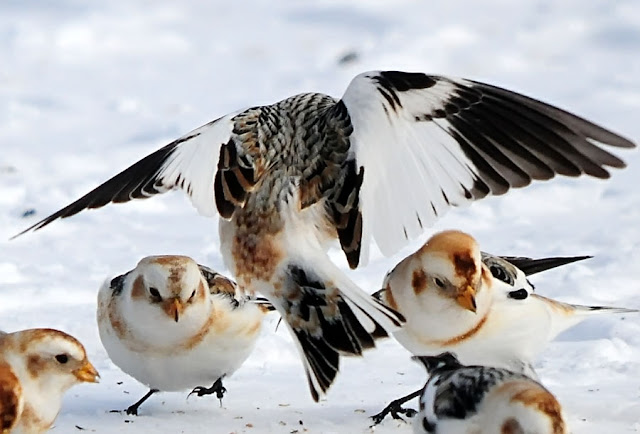 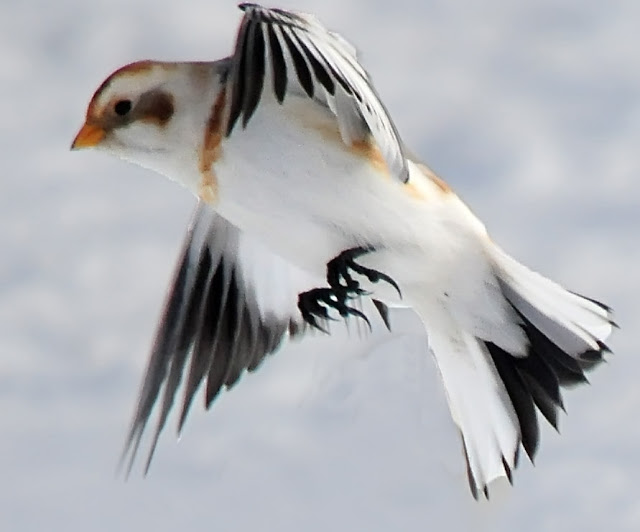 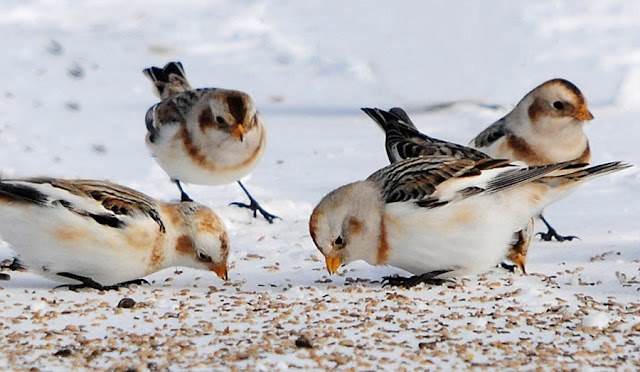 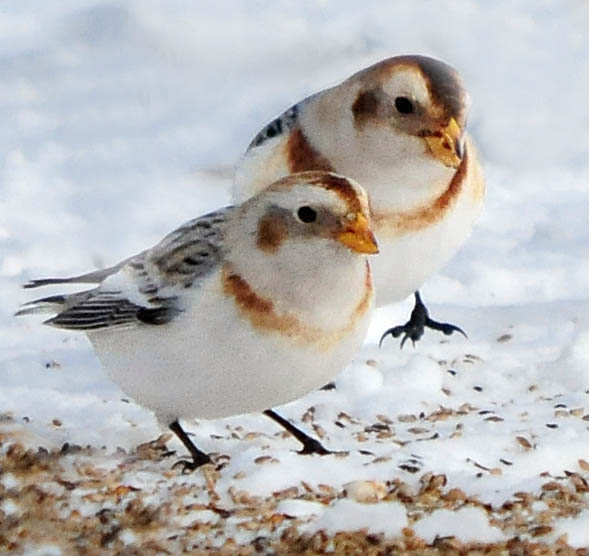 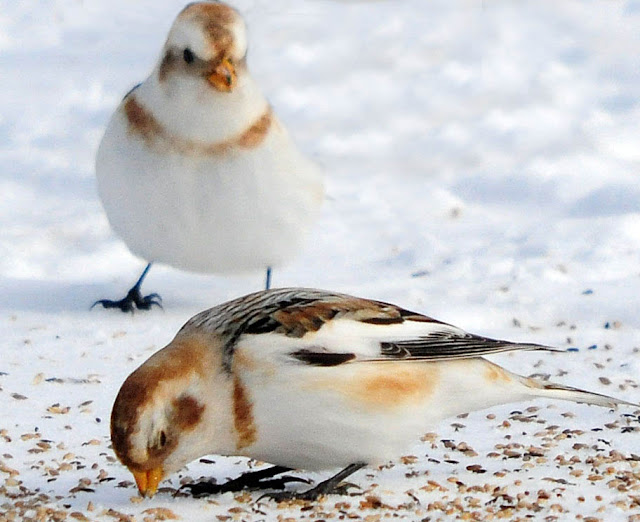