As an antidote to the oppressive heat smothering much of the country I retrieved photos of an Arctic Tern from my web gallery.

I took them 3 years ago on a perfect early summer day during a trip to the North Sea coast when visiting my family in northern Germany. We were relaxing on a bench facing a small fishing harbor when I noticed an Arctic Tern coursing over the water. I grabbed my camera and, running along the wharf, chased after the bird for the next half hour . 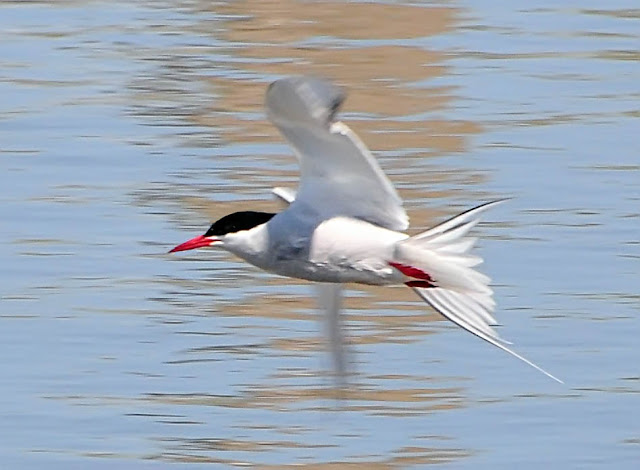 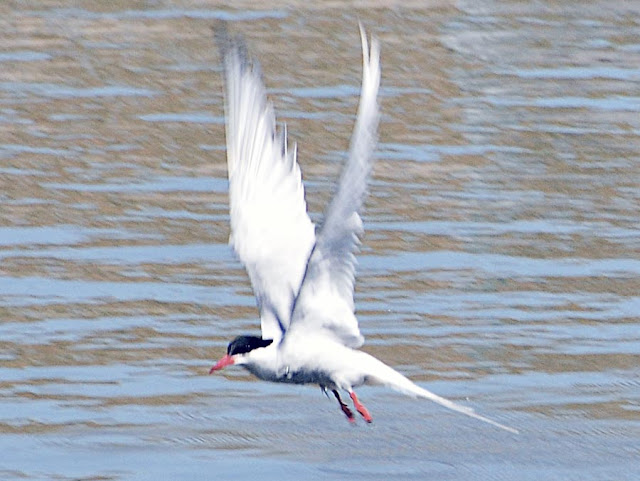 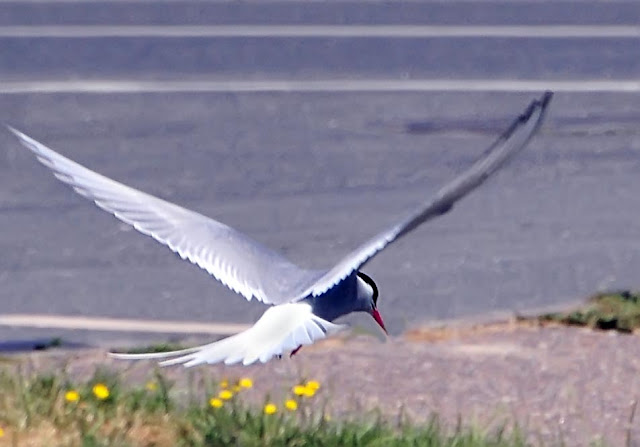 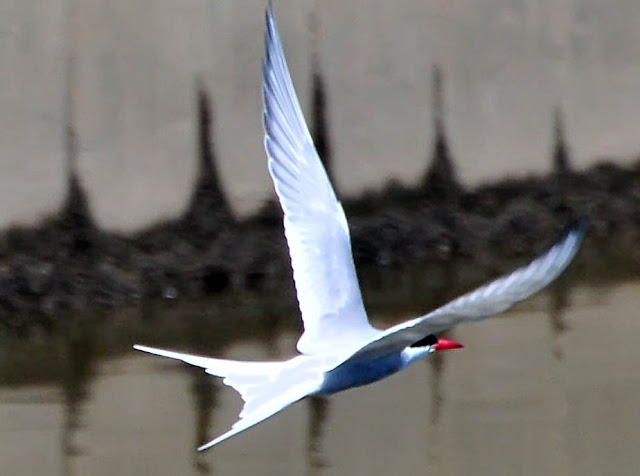 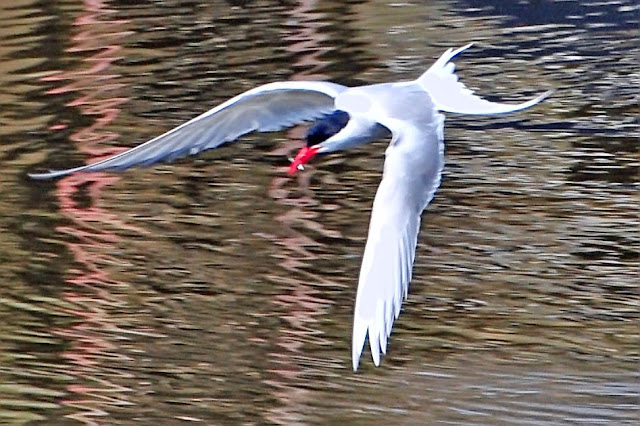 Per BNA Online, the Arctic Tern is  a global traveler, covering an annual round trip of 40,000 km from pole to pole. It breeds around the Arctic Ocean during the northern hemispheric summer, staying for about 2 to 3 months, and then migrates to the opposite pole, the open waters around Antarctica, spending the southern hemispheric summer there, thus accumulating more daylight hours than any other bird. It is pelagic during much of its lifetime and is rarely seen from shore. Its potential life span of 34 years or more is commensurate with the long distances it has to travel. 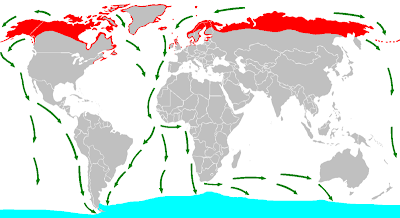 Arctic and Common Terns are easily confused. Even James Audubon apparently wasn't quite clear about the distinction. In his painting of the Arctic Tern everything looks right except the bill. His bill  is red with a black tip which is typical for the the Common Tern bill whereas the Arctic Tern's bill is entirely red. 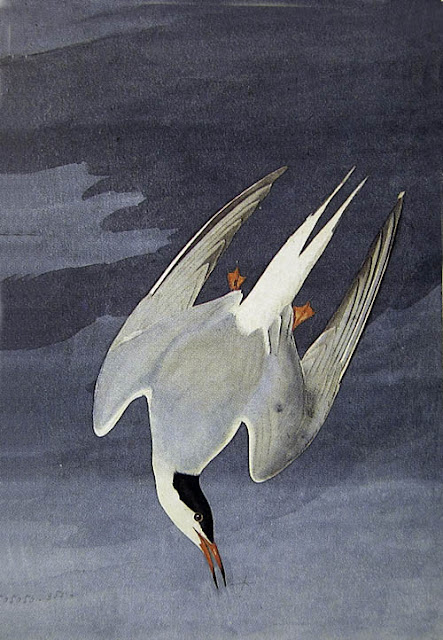 By chance there was an article on July 18th in 10,000 Birds by Corey on the Arctic Terns found on Long Island, with a link to an article by Shai Mitra discussing the distinction between Common and Arctic Terns.

This my contribution to this week's World Bird Wednesday. Good Birding!﻿