Common Yellowthroats and a Black Bear

This holiday weekend I  took a walk  through a  wildlife management area belonging to a local college. The campus was deserted. I walked along a field of wild grasses and weeds redolent with the scent of flowering milkweed. Overgrown sumac formed a hedge along the other side of the path. On the far side, the field was bordered by a swamp and a wood with cathedral-tall trees. Prime birding habitat, and yet it was oddly quiet. Most birds were probably tending to their young, no longer needing to defend their territory against migrating males.The only birds I saw were a pair of Common Yellowthroats.. . 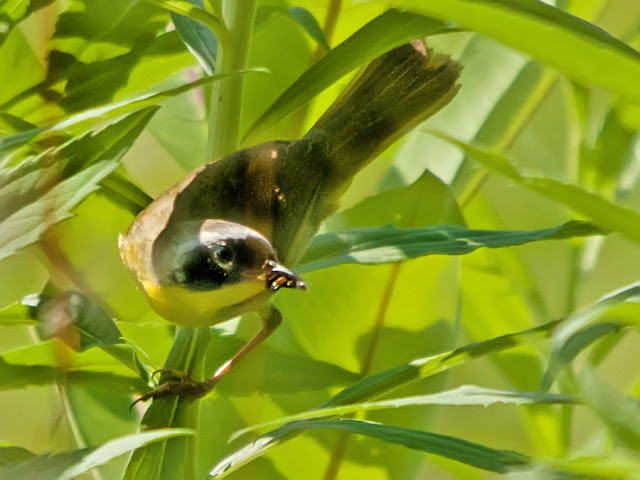 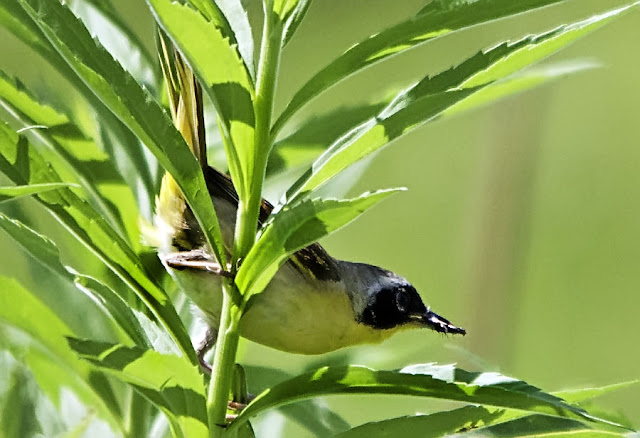 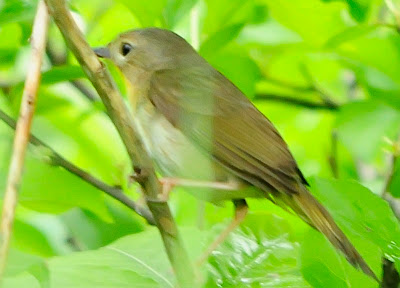 In contrast, my backyard was noisy and busy every morning after I had scattered seeds along the wooden porch railing, The home crowd was waiting; first the Chickadees, then a pair of Tufted Titmice with a bunch of begging juveniles, a pair of Northern Cardinals with the male occasionally passing seeds to the female, a Red-bellied Woodpecker and his  youngster, and, never far away, a crowd of Blue Jays. Soon chipmunks would appear to vacuum up the remaining seeds. Young squirrels were chasing each other, bouncing along and shaking the limbs and leaves of the tall trees surrounding our yard. High in the crown a couple of juvenile Crows were crying and wailing whenever their parents were near, sounding uncannily like human infants.
I had to take the feeders down because a young bear is roaming in the neighborhood and has come around our place several times now. The first time he stopped at the porch steps but moved on to the stonewall upon hearing our dogs bark.  I managed to get picture just as he was about to scramble over the stonewall into the adjacent field. 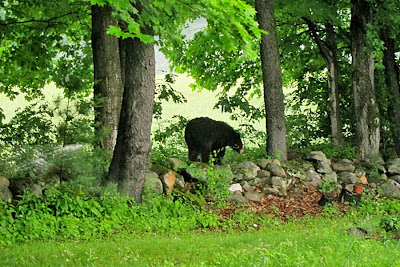 He came by again two days ago, this time not stopping at the porch but heading straight to stonewall as if this was a route he had travel many times before. 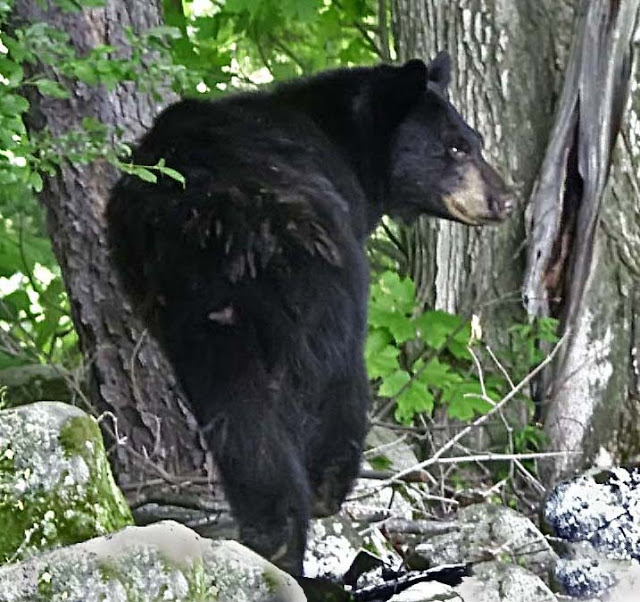 It's probably a yearling male evicted by his mother and trying to find his place in the world. Our neighborhood of fields and fragmented woods is not good bear habitat. So far he has not caused any trouble and none of the neighbors have called the game warden whose only recourse then would be to shoot him since he lacks the equipment to tranquilize and  move him out of the area. I hope though that eventually the bear will find a more suitable home.