Chimney Swifts over the West River

It's close to impossible to get a close-up view of a Chimney Swift. They are spending most of their lives on the wing, feeding, drinking, even copulating in midair. They roost in chimneys, or other man-built structures, using their clawed feet to cling to the walls while bracing themselves with their spiny tails. With the change in the urban landscape and loss of suitable roosting places their numbers are diminishing. 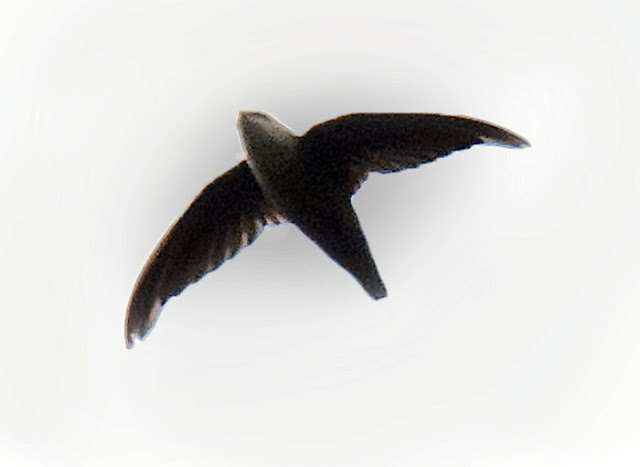 On a recent late afternoon I saw a loose, widely spaced group of Chimney Swifts, numbering perhaps thirty (see comment below), hawking for insects over the West River and surrounding fields. They were swooping and twisting overhead, cutting through the air, then rising suddenly on fluttering wings high into the sky and seeming to disappear over the trees and hills, only to reappear just as suddenly. They were changing so rapidly that I trouble focusing the camera on any particular bird. At home I had to do a lot of post-processing of the RAW images to give the birds shape and volume rather than showing them just as black silhouettes. 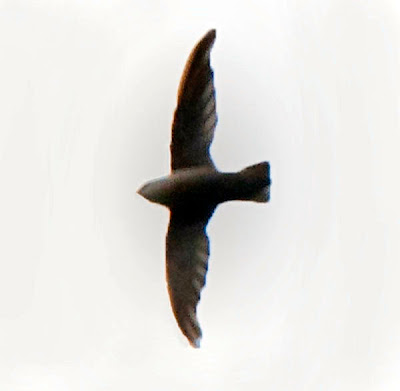 While soaring the bird often fans its tail 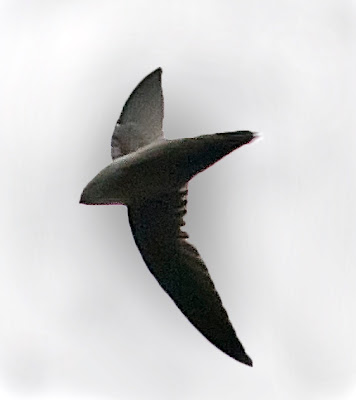 Here you get a suggestion of spikes in the tail. 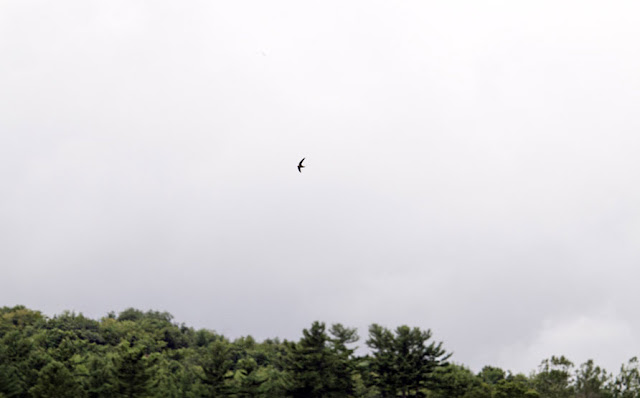 A couple of months ago, standing on my deck, I was surprised by a loudly chirping trio swooping and circling and making sharp turns overhead. It only lasted for a couple of exhilarating minutes and then they were gone. Later I found out that this was probably part of a courtship display with two males chasing and courting one female.

James Audubon's wonderful painting of the Chimney Swift illustrates their hawking flight with gape wide open to catch insects. It also shows the claw-like feet, and lastly how a nest is constructed and glued to the wall with saliva, similar to the nest of a Cliff Swallow, - although swifts, contrary to expectation, are actually related to hummingbirds. 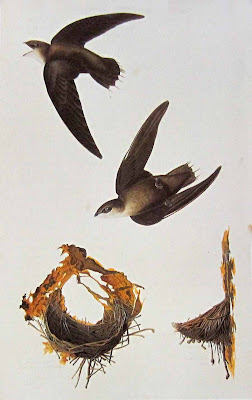 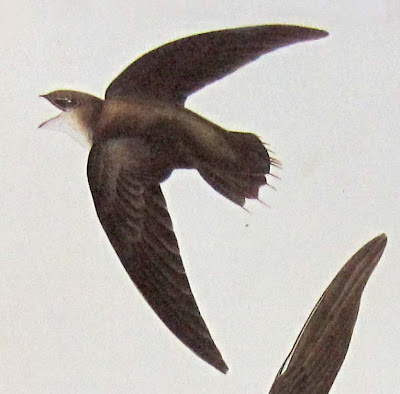 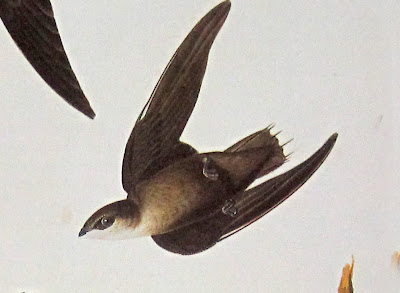 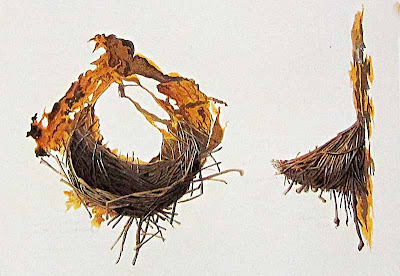 To really appreciate the beauty of this painting click to enlarge these images.
Cheers and Good Birding!
Comment on estimating numbers: It seems we are born with an innate sense of numbers:
A study -- published online in a recent issue of Developmental Science -- indicates that math ability in preschool children is strongly linked to their inborn and primitive "number sense," called an "Approximate Number System" or ANS.
The article contains a link where you can test your own sense of numbers.
Thanks for stopping by. Please leave a comment.
Posted by Hilke Breder at 10:08 AM