Yes! Luck was with me this morning! I finally got my Lincoln's Sparrow! I had been hunting for this species for a couple of years. It's a breeder of subarctic and subalpine regions. During fall migration it's fairly common in the West, but more elusive, and secretive, in the Northeast. It usually feeds on the ground, not far from cover. And this one was not hiding at all, but perched right on top of the brush pile, sitting very patiently for a portrait. 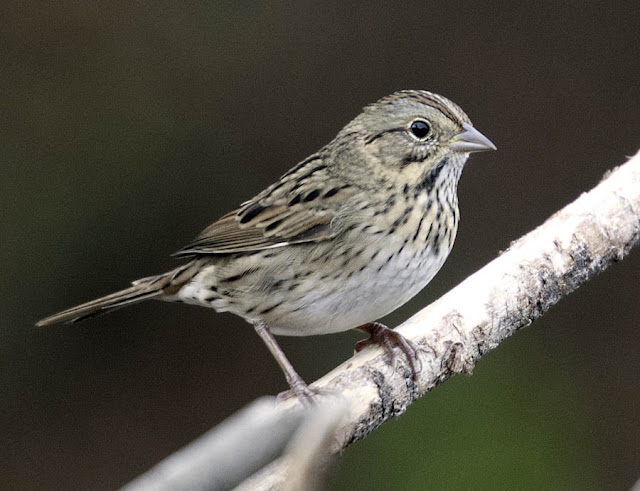 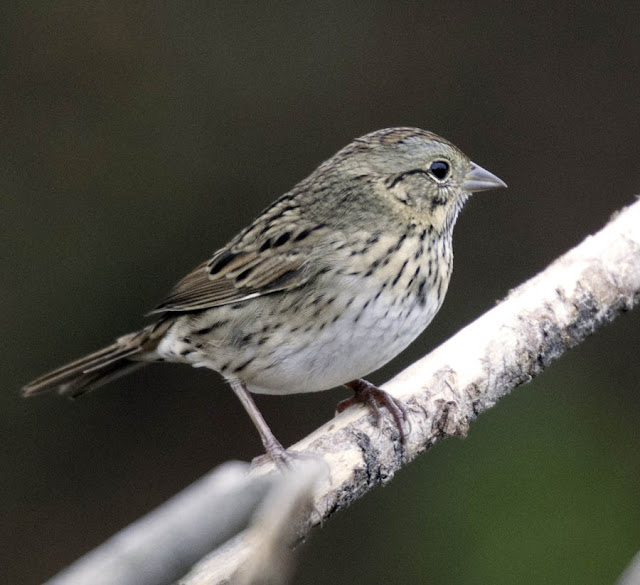 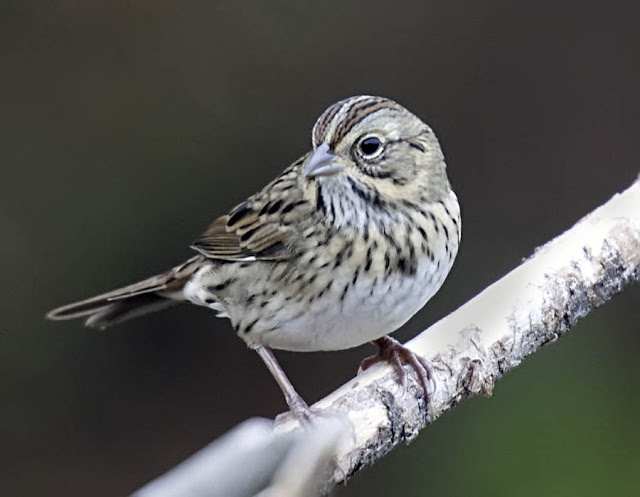 This sparrow was named after Thomas Lincoln (1812 - 1883)  a well-to-do Maine farmer who as a young man accompnied Audubon on his Labrador expedition. Audubon wrote "Chance placed my young companion, Thomas Lincoln, in a situation where he saw it alight within shot and with his usual unerring aim, he cut short its career. On seizing it, I found it to be a species I had not seen; and supposing it to be new, I named it Tom's Finch in honor of our friend Lincoln, who was a great favorite among us." Christopher W. Leahy, The Birdwatcher's Companion to North American Birdlife.
There were also several Swamp Sparrows in the same brush pile. It's easy to confuse them with the Lincoln's Sparrow unless seen side-by-side. They both have a mostly gray face and a buffy malar stripe. The best way to tell them apart is to look at the chest:  fine, discrete streaks on the Lincoln's chest and blurry ones on the Swamp Sparrow's. 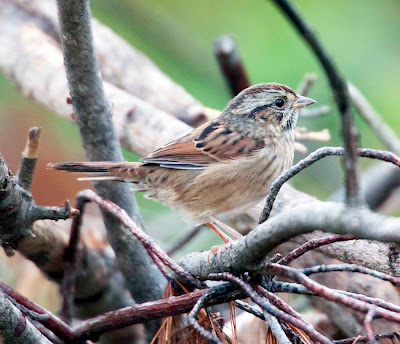 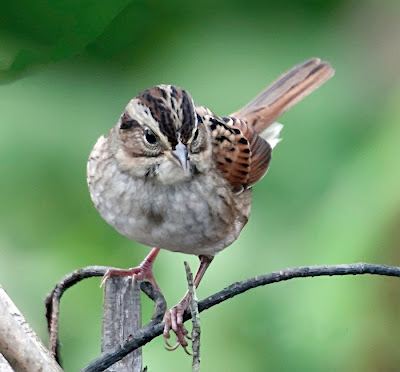 Just as I was about to leave I saw a  slender, head-bobbing bird striding over the sandy ground, dipping in and out of the grass along the edge. As I got closer I realized it was an American Pipit. 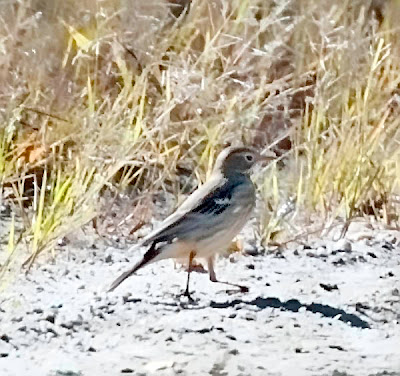 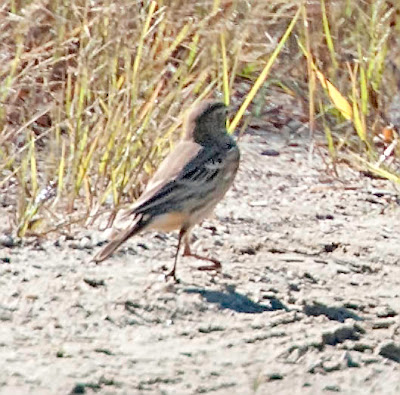 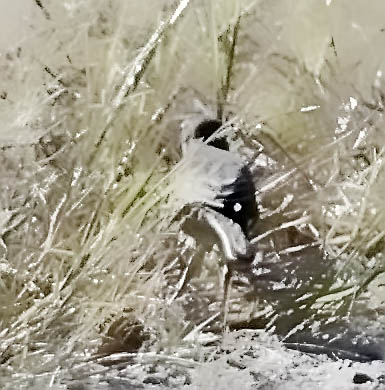 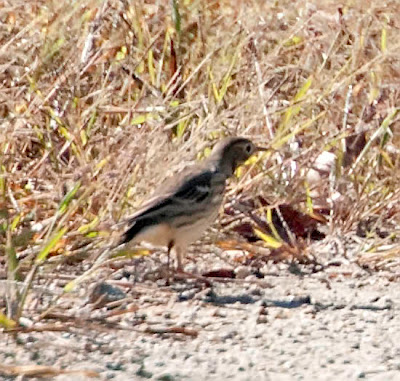 American Pipits breed in the arctic tundra and alpine grasslands. We see them in the NE only during its fall migration to areas south of the winter snow line. They are common but easy to miss because of their earthy colors and ground-feeding habits. 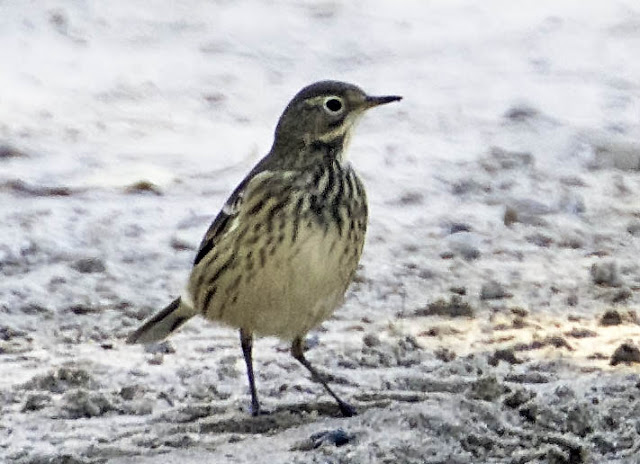 It's an ancient species. Fossils have been found in Nebraska dating back to the late Pleistocene about 0.6 million years ago. It makes me realize that many species common to us are just transitory visitors with roots dating far back in time and with lives lived mostly elsewhere.
Thanks for visiting. I would very much appreciate your comments.