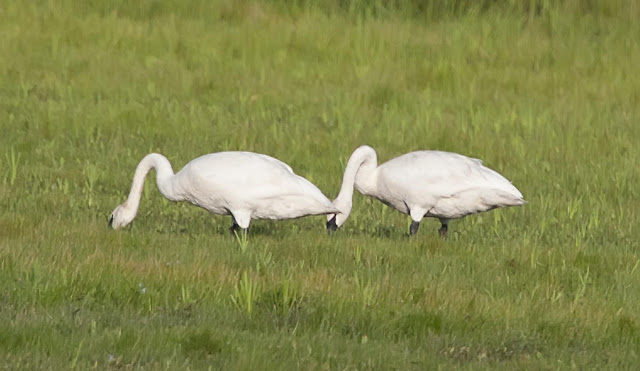 Bill and I were at a family gathering in Michigan, driving straight through on the way there, but taking two days driving back. We spent a night in Seneca Falls and while Bill enjoyed a leisurely muffins-and-coffee motel-style breakfast I visited the Montezuma NWR nearby, a sweeping expanse of shallow marsh land right next to the interstate. A large flock of Canada Geese were feeding on the meadow around the visitor's center, but a little further off I found a small flock of grazing white swans. 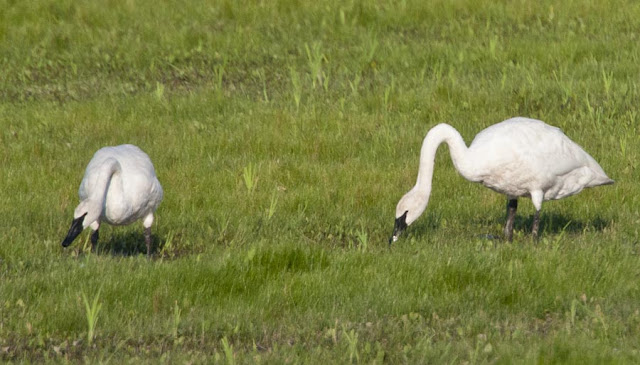 I didn't really find out what kind of swans I was seeing until I got a good look at my photos on my computer. and then decide were these four birds the rare Trumpeter Swans or the more common Tundras? Both have black bills and black leg. They look very similar, although if seen side-by-side the Trumpeter is larger.

Trumpeter Swan identification from Hinterland Who's Who 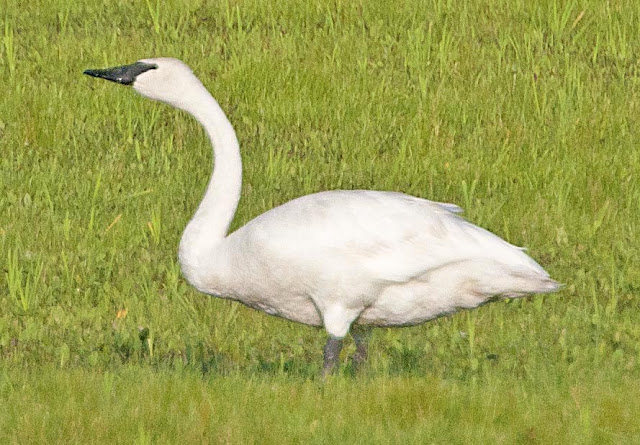 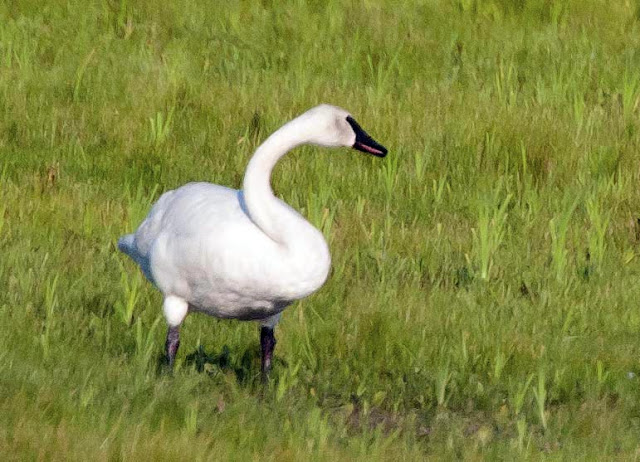 The upper edge of the lower mandible has a salmon red border which makes the bird look like it's wearing lipstick. 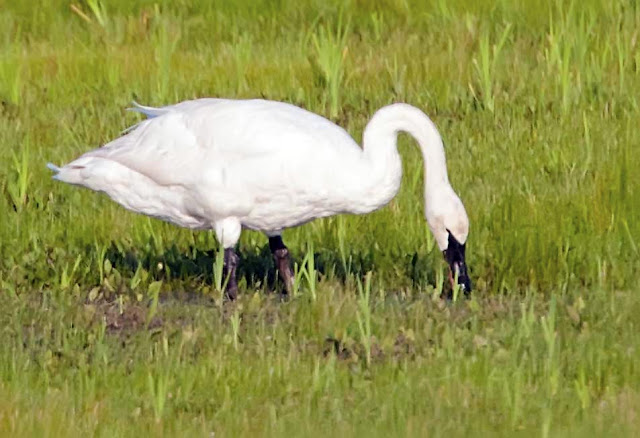 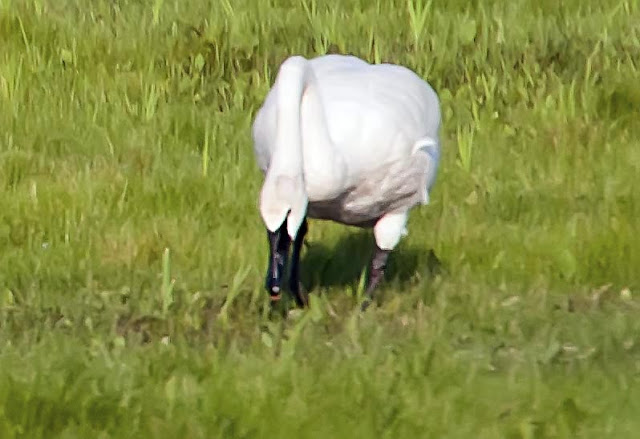 
The Trumpeter Swan was common and widespread when Europeans first came to settle in North America but was then hunted almost to extinction for its skin and primary feathers. In 1935 only 69 individuals were known to exist, until isolated populations were discovered in Alaska and Canada. With conservation the population has by now expanded to 34,000 individuals according to a continent-wide survey in 2005.

BNA Online:  Distribution of the Trumpeter Swan in North America. 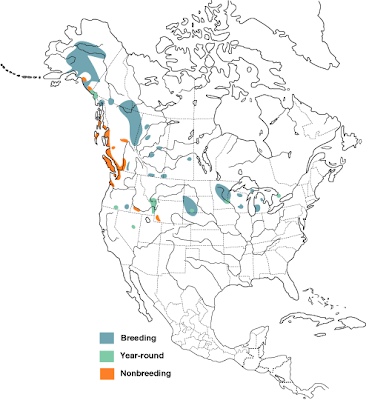 . The Trumpeter Swan Society is a great resource for more information on this rare bird.


Regrettably I missed the spectacle of the birds taking flight as they were gone when I returned to the visitor's center after my drive around the refuge.

It was a good trip, no matter that I had my small Canon Powershot S95 and a battery pack with sync cable for our iPhone stolen from our car - total value $450. We were guests at a large party in a secluded neighborhood. Cars were parked in a long row along the curb. In the confusion one of us forgot to lock the car. Fortunately the thief did not find the Garmin GPS  behind the driver's seat, with "Grapes of Wrath" on it from Audible -  fantastic book, fantastic reader, about people with great grit escaping the dust bowl, the depression...  Nor, more importantly, did they find my workhorse, the Nikon with the long lens, well hidden in the trunk of the car.

I am watching Craigslist and eBay, but so far nothing. It hurts! For now no landscape shots, no close-ups...