Back in the spring I witnessed a Palm Warbler fallout -- a brief stop-over on their migration north to their breeding grounds. 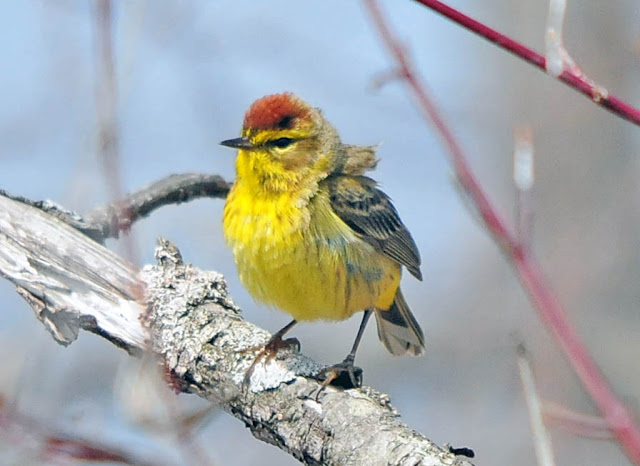 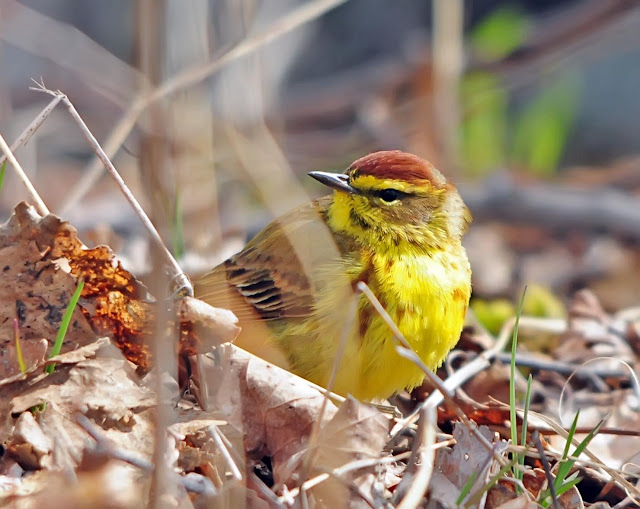 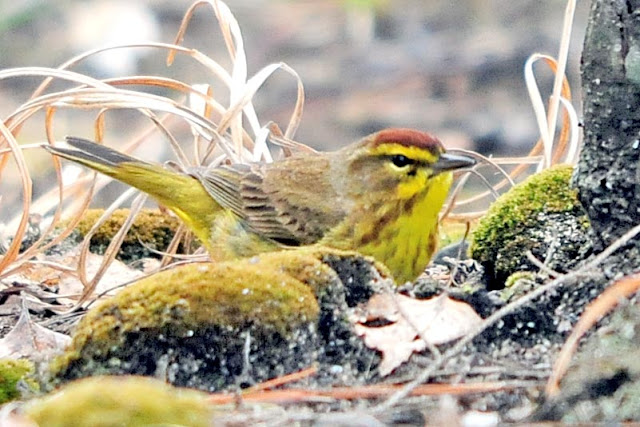 Palm Warblers nest in remote nearly inaccessible northern bogs. They are much more easily seen during migration, particularly since unlike most other warblers they feed on the ground and are not hidden by foliage. 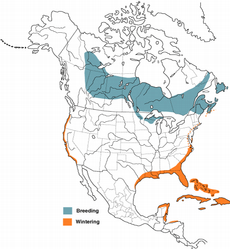 A couple of days ago, on their return trip to their wintering grounds, I witnessed another fallout. I was walking along the West River trail with the river on one side and  a corn stubble field on the other. Except for a lone Great Egret on a sandbank there wasn't much to see on the river. I decided to check the cornfield for American Pipits. I didn't see any Pipits but instead saw tiny birds rapidly moving about and foraging between the corn stalks, and the more I looked the more I saw. Taking photos was made difficult by their fast movements often obscured by dips in the ground, small plants and and a jumble of corn stalks. It was windstill. So watching for anything moving on the field was the easiest way to find them.

Sometimes a small flock would lift into the air and settle back down farther away. There was also a steady back and forth between the field and the bordering shrubs. I counted about 22 birds which was a respectable number considering that according to eBird the all time highest count in all of Vermont was 10 back in 1973. However 22 pales against neighboring NH and MA with 100 and 78 respectively.

Find Waldo - there are actually two on this picture; although one is out of focus. 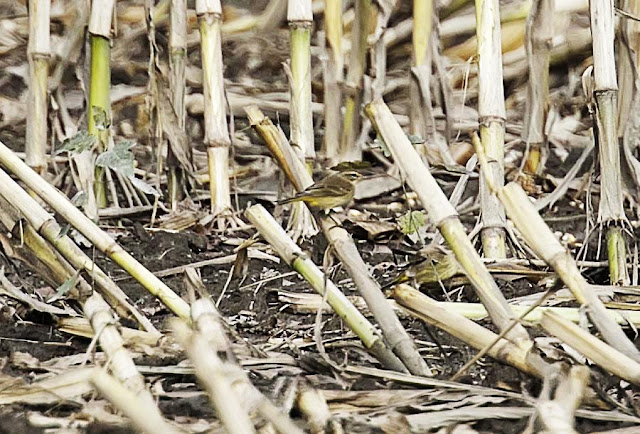 What shows up here is the Eastern or Yellow race. They retain the yellow supraorbital stripe, whereas in the Western race it turns white. They have changed from their summer  plumage into their winter drabs. Gone is the rusty cap, the yellow on the chest is paler and the markings less distinct. 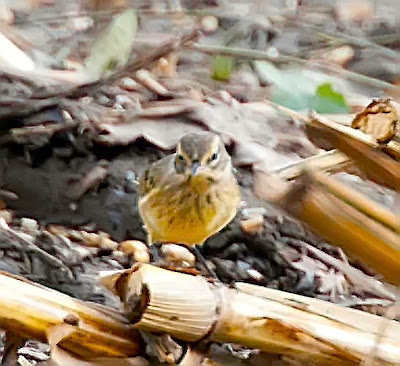 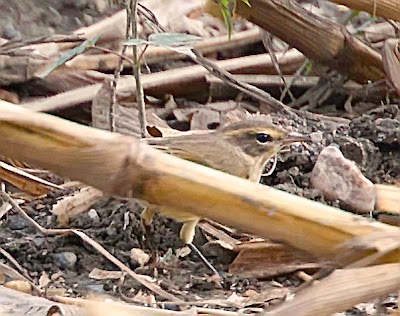 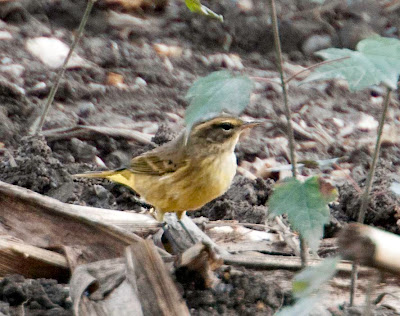 They had left by next morning. I wish them safe journey to their wintering grounds in the southeastern and gulf coast states.

Thanks for visiting my blog. I always appreciate your comments.

Many in Vermont are still struggling with the aftermath of Hurricane Irene. Fellow  Vermont birder Chris Petrak of Tails of Birding lost his entire backyard including leach field to a creek which turned into a raging river overnight.  Worse yet for the Vermont economy a hard fall and winter lie ahead. Foliage season is about to start and ski season is soon to follow, but without the passable roads 'leafpeepers' and skiiers will stay away. Houses have washed away, crops are spoiled and grass for farm animals made toxic by contaminated flood waters. It's a dire situation all around for the hard-working people of Vermont.
Vermont Disaster Relief Fund