A SNOWY OWL in Brattleboro!

Talking about a possible Snowy Owl irruption in the Northeast, great news this morning on VTBird: Hector Galbraith had sighted a Snowy Owl on the cornfield behind the Marina Restaurant on the West River in Brattleboro, just about 3 miles from my house. I dropped everything, jumped into my car and joined several birders who were already there.The owl was perched about 50 yards from the kayak shed and parking lot. 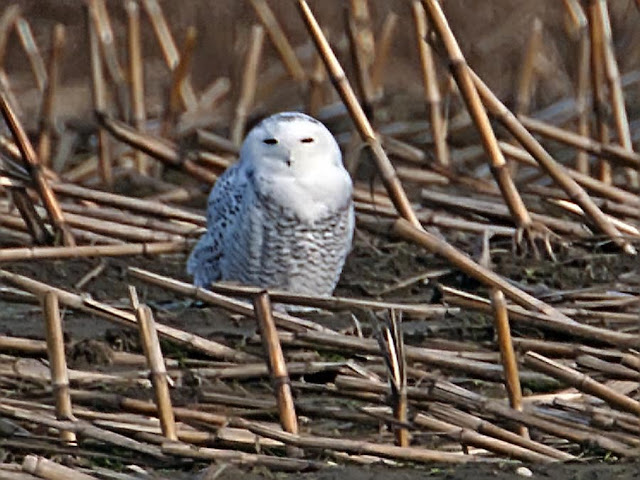 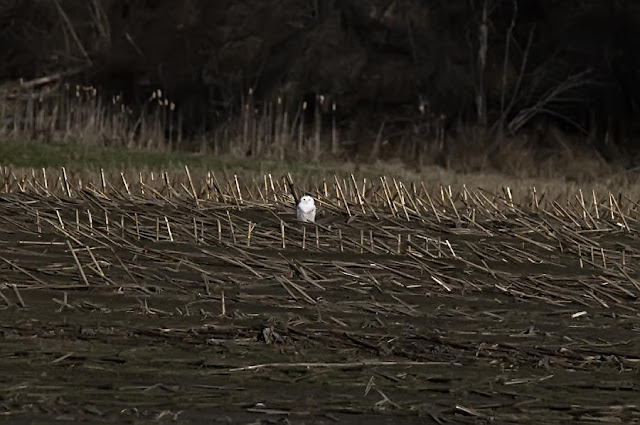 Uncropped view, about 10 AM 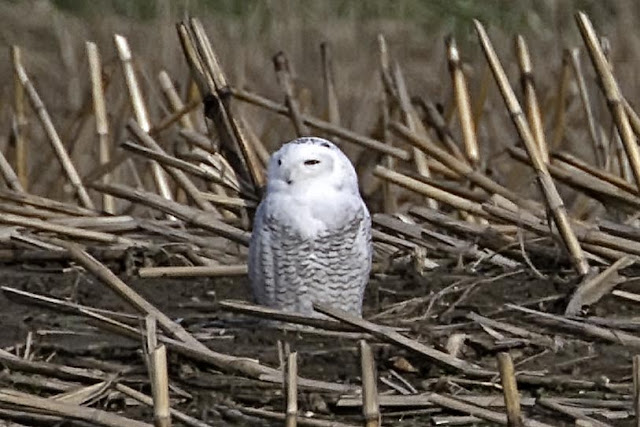 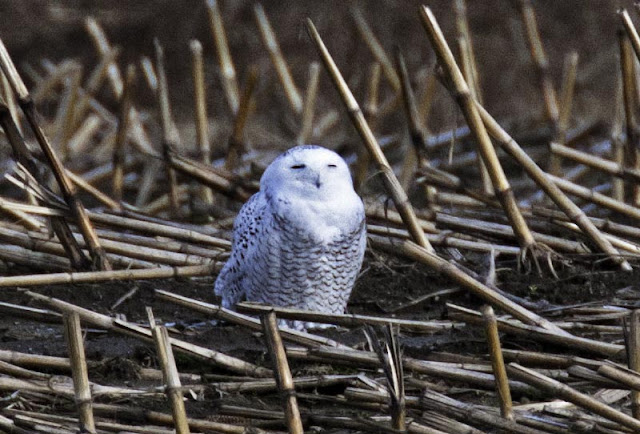 The owl didn't stay there. 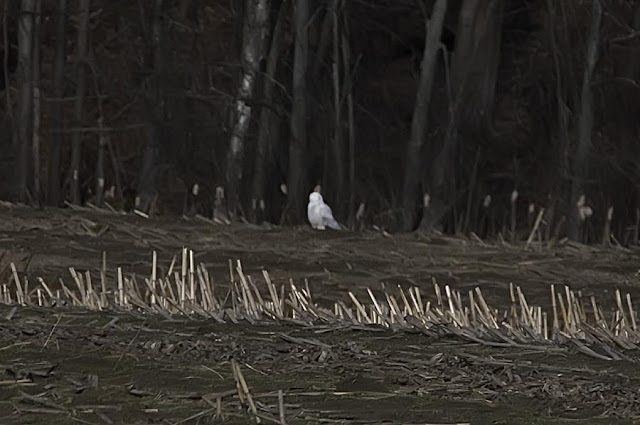 Half hour later it flew to the opposite corner of the field and, when I returned at about 3PM, it was sitting in a tree on a slope bordering the wetland at the far edge. I took this photo from behind the stores on the Aubuchon Plaza above the field. 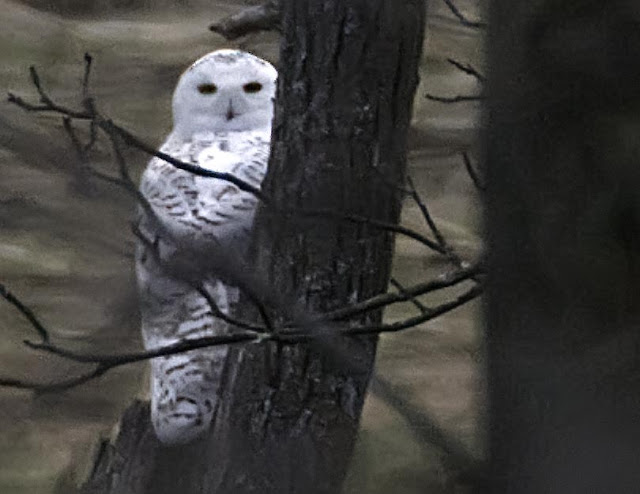 Shortly after the owl took off and flew to perch on a log in the West River. Just as I got there it took off again and seemed to disappear into the woods above the Retreat on the other side of the river near  Rte 30. On a hunch  I decided to drive to the parking lot in back of Retreat to look down on the water from above and found it again perching on some brush in the water. 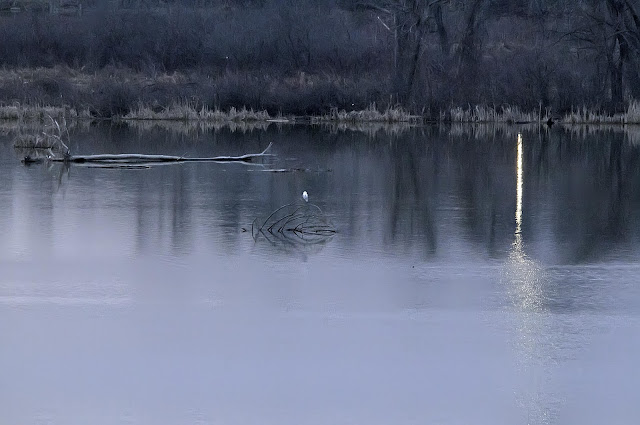 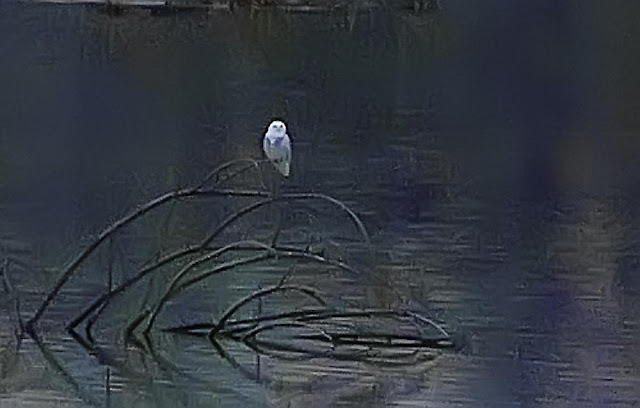 it was about 4 PM. The light was fading.  Maybe it will still be in the general area in morning. I will do a check and leave a message on VTBird  one way or the other.