The meaning of this photo is unmistakable although we know nothing about the context except that the birds are members of the same flock. It's clear that the lives of these birds are not just of struggle and strife, revolve not just around competition for food, for mates, for nest sites and territory....  but also allow unselfish tenderness. 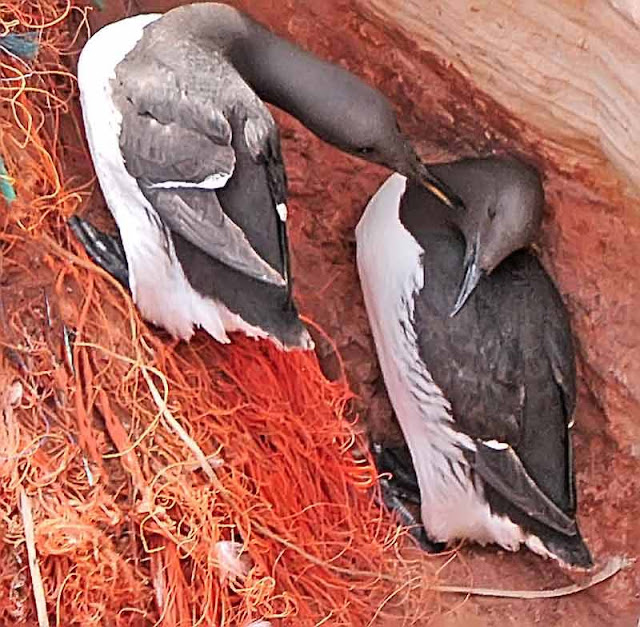 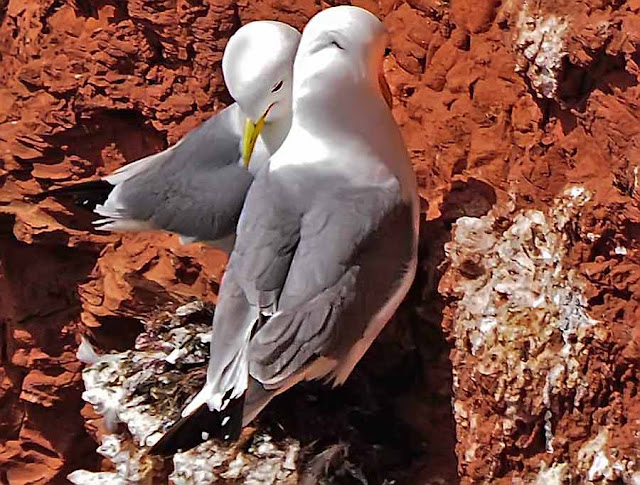 A featheris being passed like a gift between these two adult gannets, presumably the parents of the chick. Since it's not something edible and not used for lining a nest, does it have a symbolic meaning? Or am I perhaps overreaching? ----  Maybe he is just saying to her, "get rid of this feather" but the next photo seems to put the lie to that. Such tenderness and solicitude... 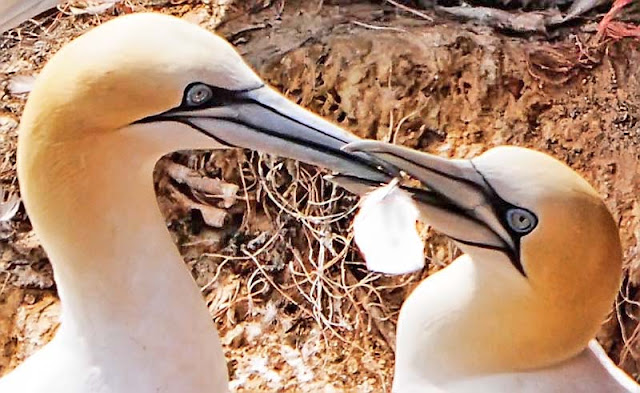 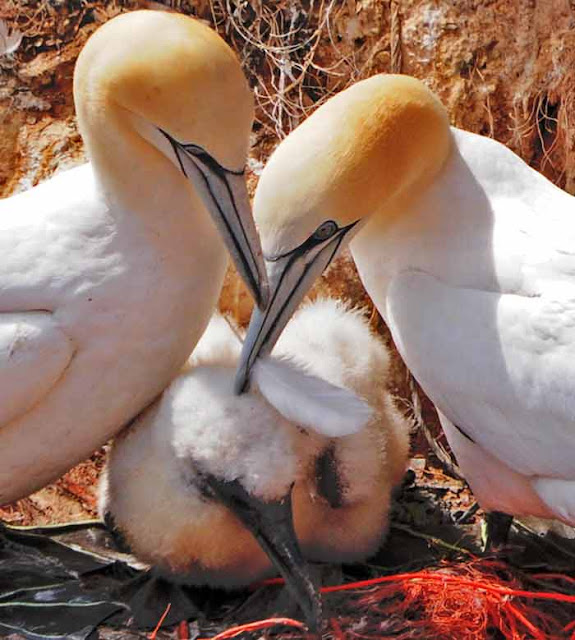 These were among a large number of photos I took during a trip in June '09 to Helgoland, a North Sea island off the coast of Germany. It was a rare opportunity to observe the communal lives of Northern Gannets, Common Murres and Black-legged Kittiwakes.


I recommend these books: "The Private Lives of Birds" by Bridget Stutchbury
"The Exultant Ark - A Pictorial Tour of Animal Pleasure"
by Jonathan Balcombe


I am thankful for having so many online birding friends. Thank you for stopping by. Please leave a comment.