More Life Birds from Cape May

I arrived in Cape May for the Maygration Birding Festival mid afternoon on a beautiful day. I was unpacking my rental car when a very vocal crow dropped from the roof and flew off. A Fish Crow! A life bird for me.  Instead of the customary cawing the bird's nasal twang was unmistakable. It's like being in a foreign country.  Although they are a different species of crows Fish Crows (Corvus ossifragus) are indistinguishable from American Crows (Corvus brachyrhynchos) except when seen side by side: they are little bit smaller and their beak is a bit blunter at the tip. To start off with a life bird I thought was a good omen.


I soon discovered that the hotel I was staying at was on the "wrong" side of Cape May, away from most of the festival activities. It was facing the beach and was surrounded by blindingly white million dollar summer homes as yet unoccupied and was far removed from any stores or restaurants. The streets and sidewalks were empty except for the ocean fishermen parked along the beach side. One advantage though:  no bugs! The biting gnats can be a real problem along the back waters. They appear after a few minutes and cluster thickly around you, so that you want to cover every skin surface except the eyes.


These are my other lifers: 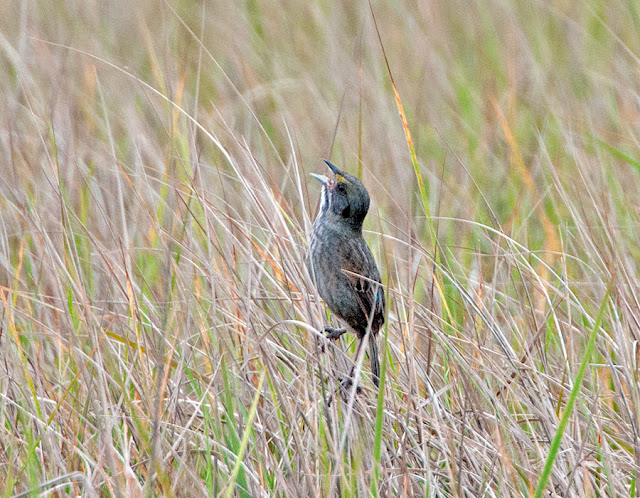 Seaside Sparrow, an inhabitant of the marshes of the Atlantic and Gulf coast 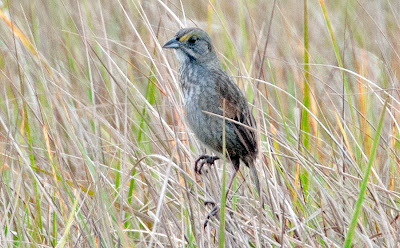 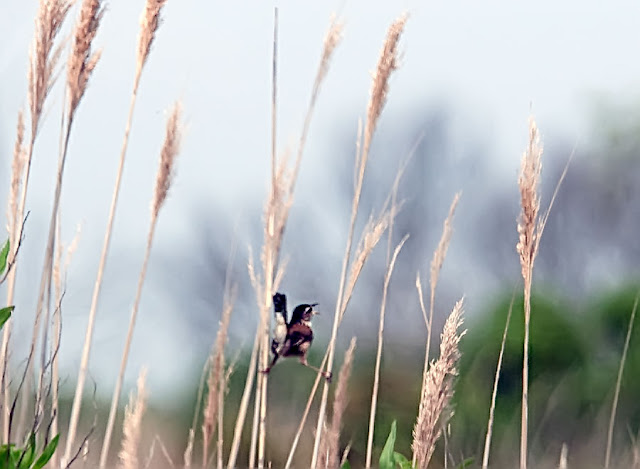 Marsh Wren, an impressive singer usually deep in the cat tails only occasionally and very briefly coming to the surface 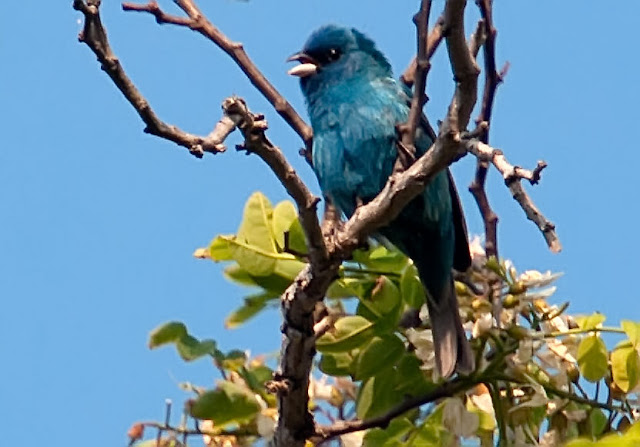 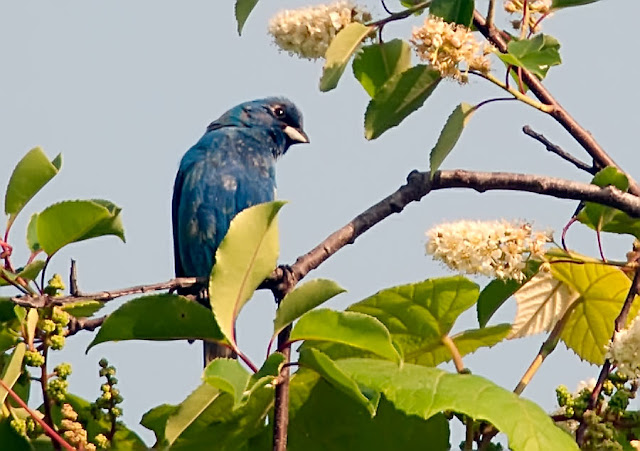 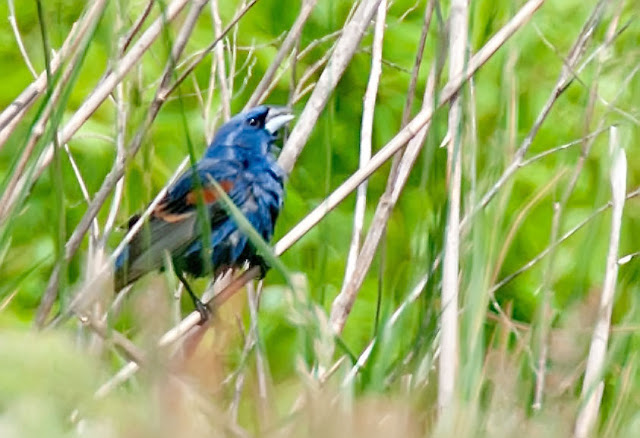 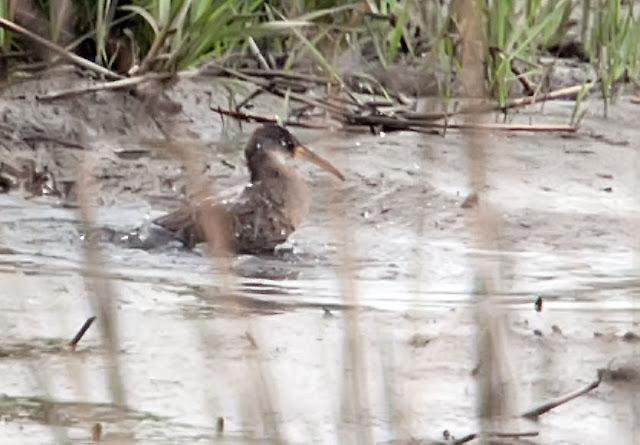 Clapper Rail, skulking through the cat tails and easily missed. This bird is taking  bath in one of the channels created by low tide. 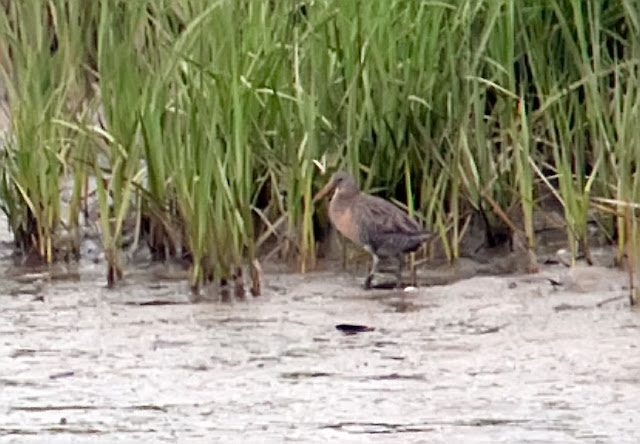 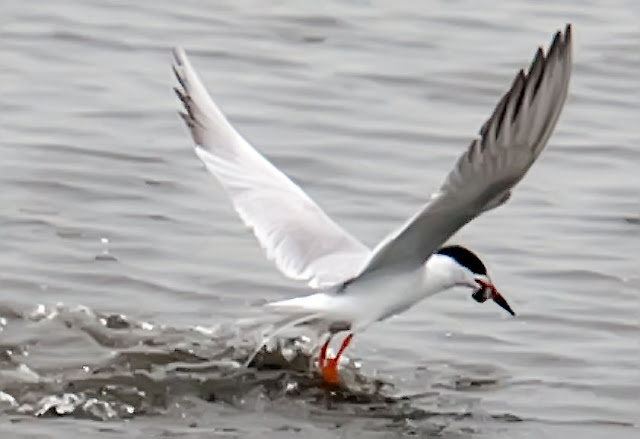 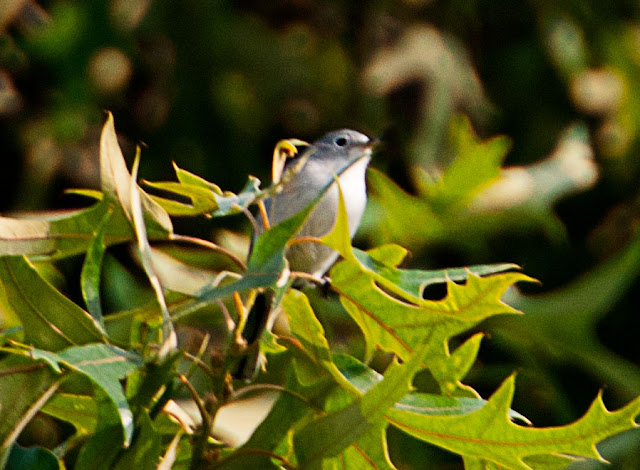 And lastly a Blue-gray Gnatcatcher, a common breeder in NE but one I have always managed to miss. This brought my lifetime tally up to 300.


My next and last post on Cape May will be on a - presumed -  border dispute among Piping Plovers, a Purple Martin colony, several more shorebirds and of course the signature bird of coastal regions, the Osprey.