Shorebirds of Cape May

Looking for photos of shorebirds for my final post on Cape May was like scraping the bottom of a barrel: there were many shots of distant flocks on tidal flats and few, if any, worth reproducing. Most of the shores were roped off to protect breeding sites on the beaches. Below a flock of Semipalmated Sandpipers with a few Dunlins mixed in. 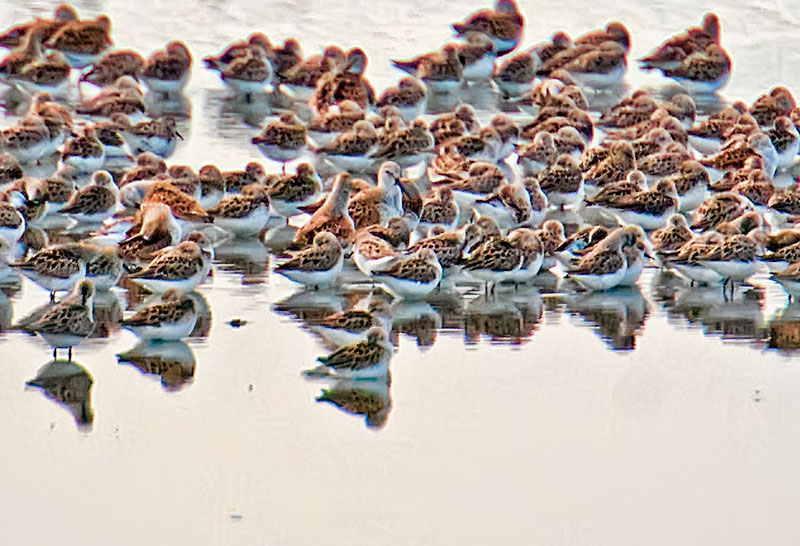 The Dunlins' summer plumage while on migration to their arctic breeding grounds was strikingly different from their familiar dull winter plumage. Only the drooping bill with its wilting tip looked the same. 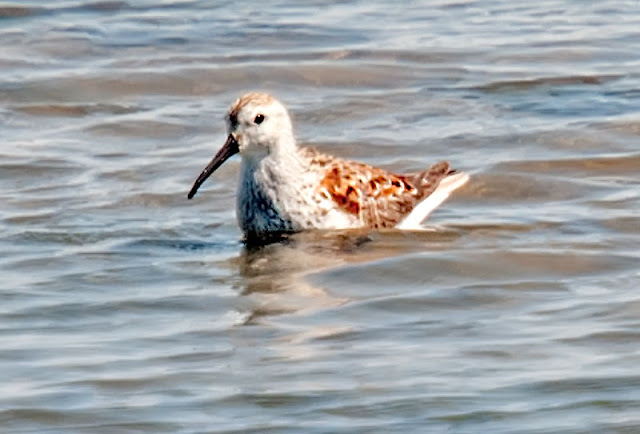 They were sporting a rufous cap and a bright rufous back. In addition they stood out by a sharply defined black patch on their belly, making them very conspicuous among the pale-bellied shorebirds. I wonder, since everything has to have a reason, what's the advantage of having a black underside? 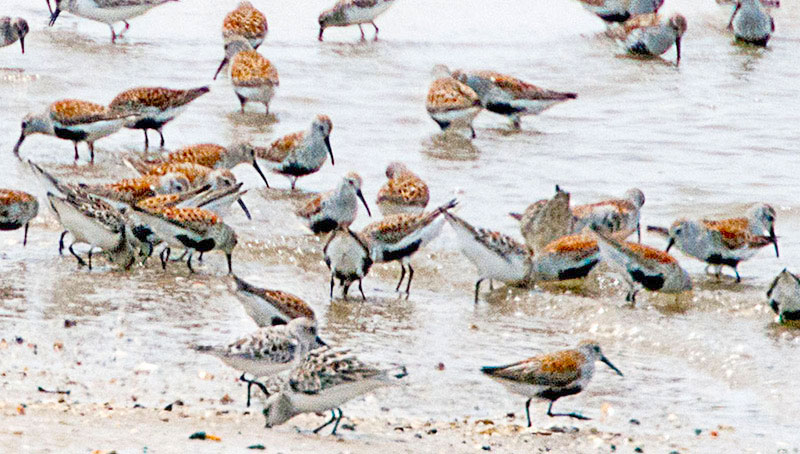 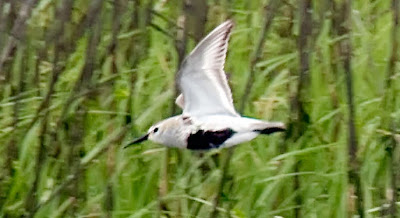 It is easier to understand the dramatic, and confusing, coloration of the Ruddy Turnstones, shown here with several Short-billed Dowitchers and a Sanderling: it makes them blend in with the pebbles of the shore. 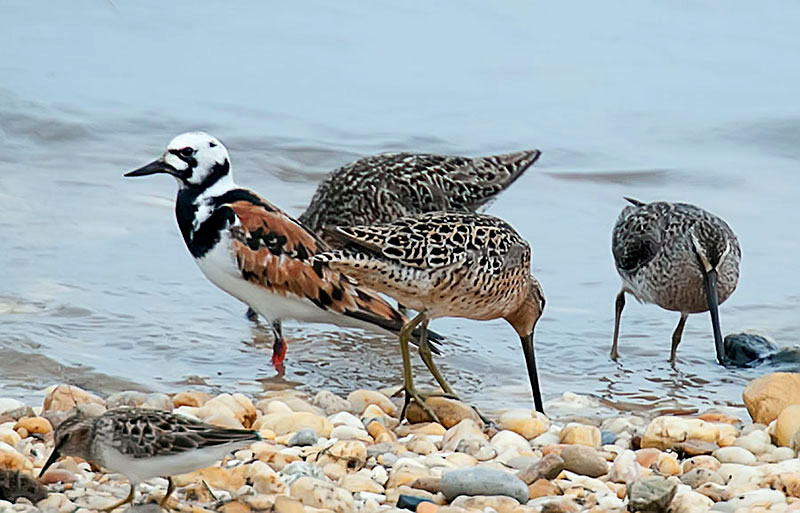 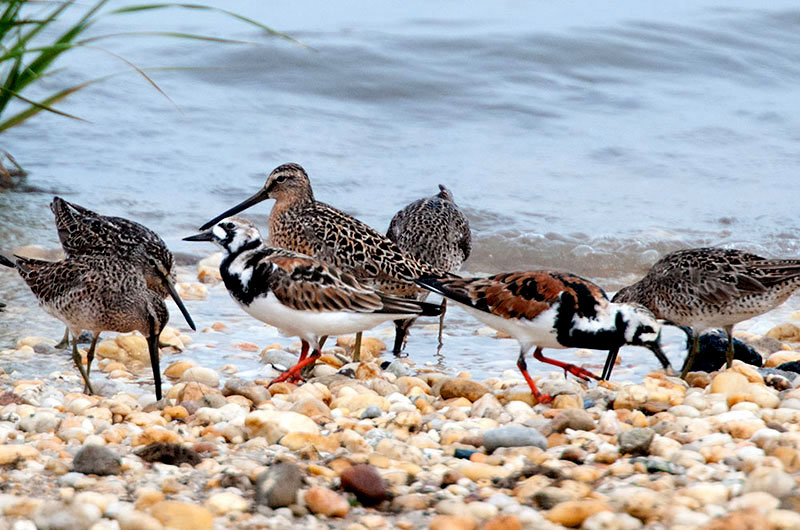 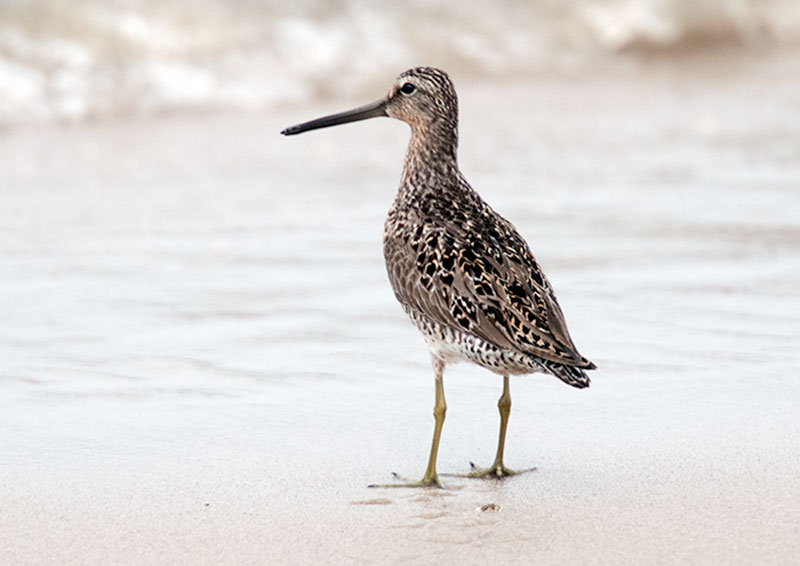 Short-billed Dowitcher above, compare to the slightly smaller Lesser Yellowlegs below. 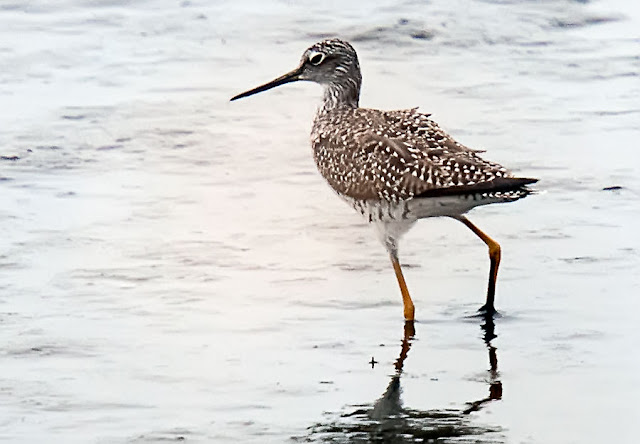 Some locations were made intolerable by the dense clouds of gnats that materialized within a couple of minutes of our arrival. Pete Dunne, our guide on several trips, was wearing an ingeniously constructed, airy, and bug-proof: The Original Bug Shirt on sale at the Cape May Bird Observatory. I decided I had to have one too. Although a little late on this trip, I will find a useful during black fly season in Vermont, or when exploring swampy, mosquito-infested areas, such as the heron rookery below. 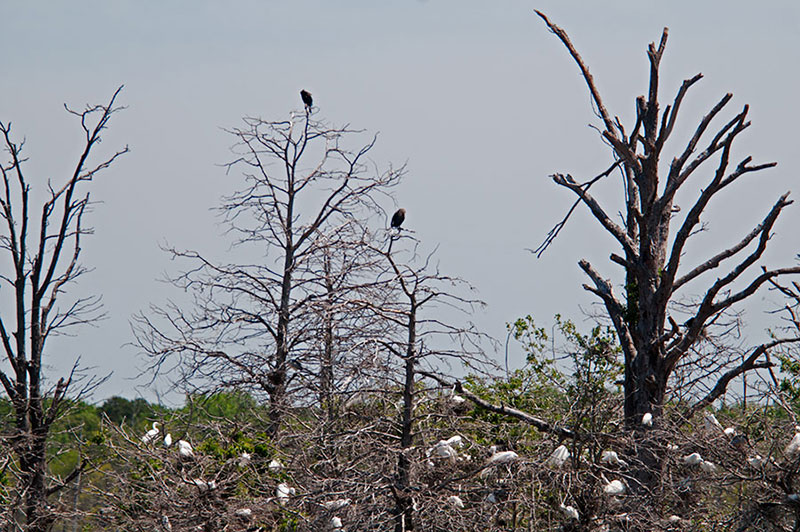 In closing a photo of a Boat-tailed Grackle, amusing and noisy coastal inhabitant. Happy Birding! 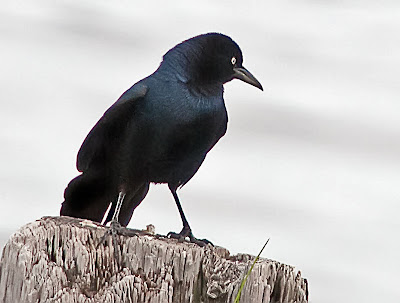