Off to Plum Island yesterday in the rain, but it was dry by the time we arrived in Newburyport. The day remained mostly overcast, softening the light, which is actually an advantage when taking photographs. There were just a few gulls at the boat launch and harbor, and a lone double-crested cormorant in the water.

I had only about an hour at low tide to look around in the PRNWLR since I had to leave my husband and our dogs outside. The North Pool at first was disappointingly empty except for some black ducks on the opposite side and a small group of peeps at the far end. But as I watched the peeps picking in the mudflats suddenly a large bird landed close by: my first marbled godwit. It stayed for about 5 minutes and then flew off again. Here are some pictures: 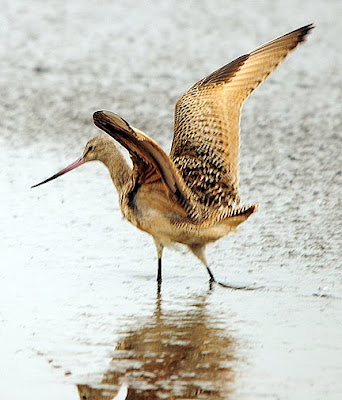 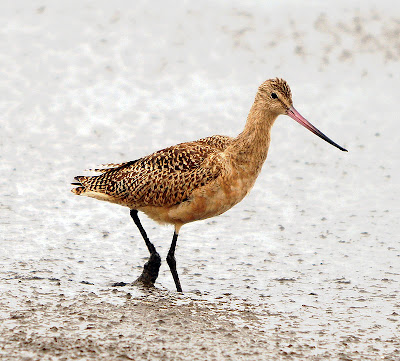 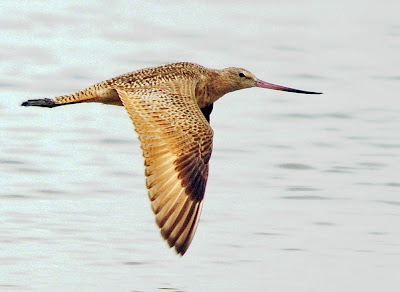 Marbled godwits are scarce and local along the Atlantic Coast. This was probably a migrant, as migration for this species starts in July.

After the bird flew off I paid closer attention to the peeps. They turned out to be white-rumped sandpipers. Another lifer for me! These too were most likely migrants from their usual breeding grounds in the high Arctic to South America. Spring migration takes them through the Great Plains and fall migration through the Atlantic Coast according to The Shorebird Guide(M.O'Brien, R.Crossley & K.Karlson) 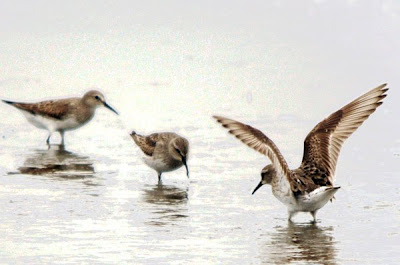 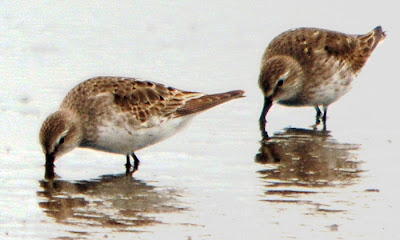 After lunch we drove out to the ferry landing at the other end of the island. I saw some gulls, very distant, but was able to get some shots of what turned out to be 1st summer Bonaparte's gulls: 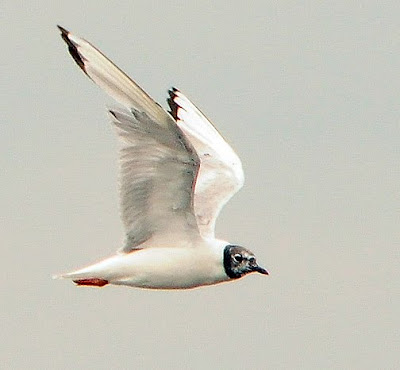 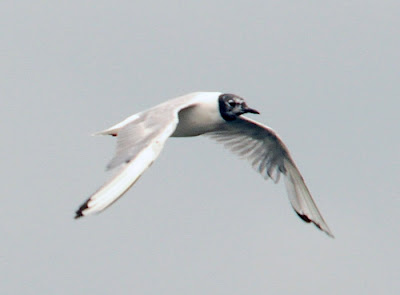 All in all a very successful day!
Posted by Hilke Breder at 7:46 PM