Horned Larks along the roadsides


I had planned to use the dark winter days for putting my photo archives in order. I had made the mistake of transferring them to an external hard drive by the copy-and-paste method instead of doing it through Lightroom, and thus ended up with those photos having lost their connection to the LR catalog. This has to be corrected. So, much work lies ahead.

Today though the sun was bright, the sky blue, the fresh snow sparkling, and nothing could keep me indoors. Remembering that Horned Larks look for food in the gravel exposed by a plow, I drove to River Rd near Walpole in NH, just across the CT River, where I had seen them in previous years. I also hoped to find  the Snow Buntings reported there last week, especially since HL and SB often associate with each other, but they had moved on.  I  did however find a flock of about 30 HL foraging along the roadside. 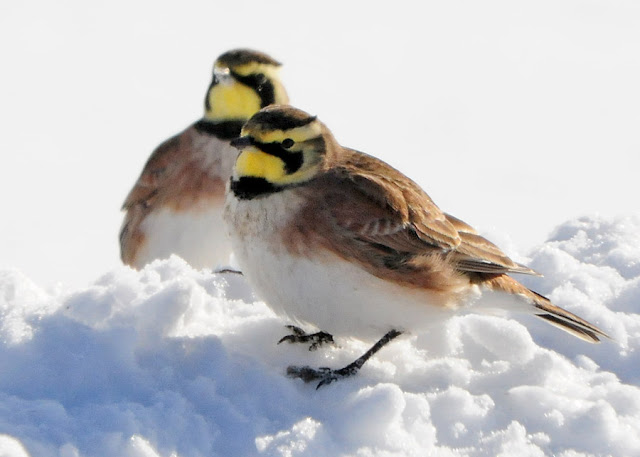 Horned Larks are year-round inhabitants of North America, but since they prefer barren ground, shrub land, grassland and coastal dunes, they are absent in the forested mountains of Vermont and New Hampshire, except in the winter when deep snow drives them further afield in looking for food. 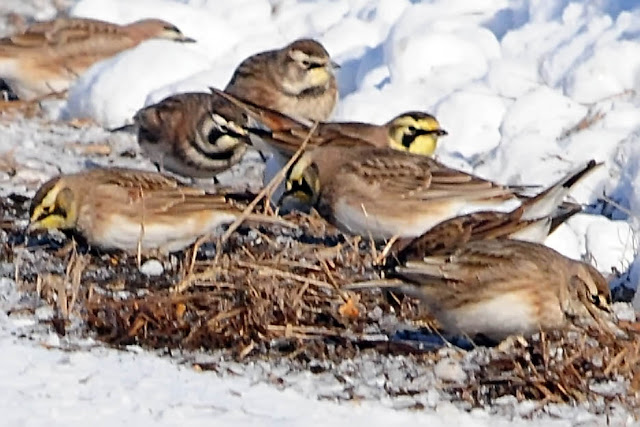 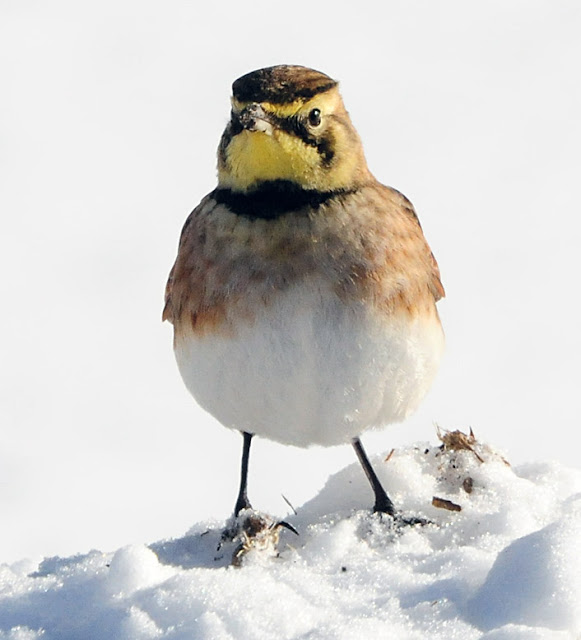 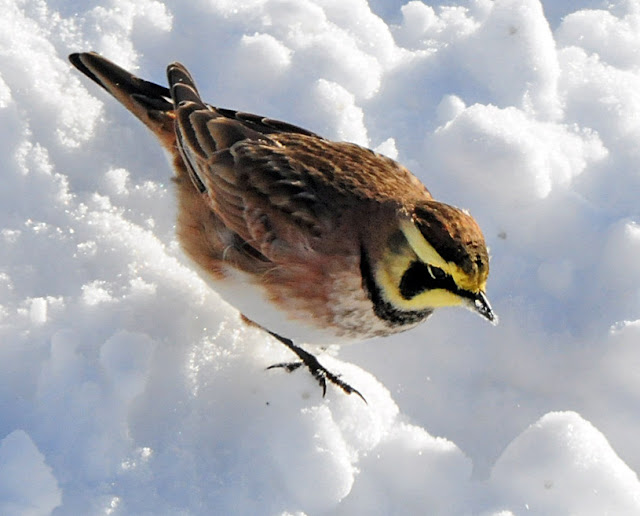 Carotenoids, a widespread organic pigment in plants, produce the yellow color (or orange or red in other epecies) when ingested in their plant-based diet. So variations in the diet are responsible for color variation in individual birds. 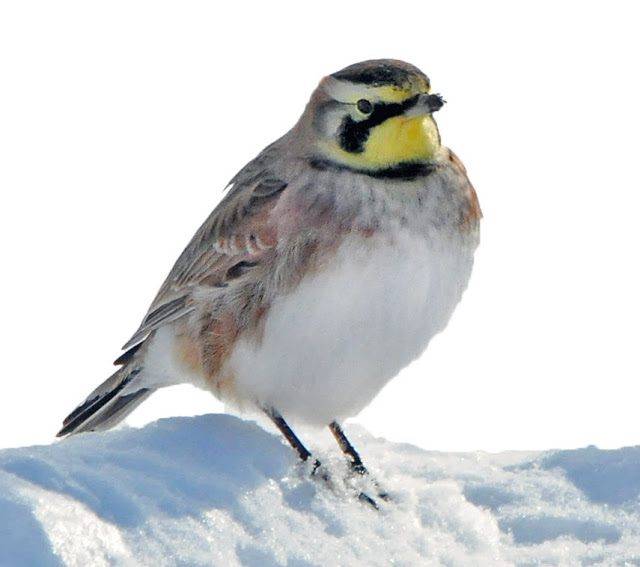 Females are colder-toned overall. They have broad buffy or white eyebrows and lack "horns", the feather tufts on the heads of the males. 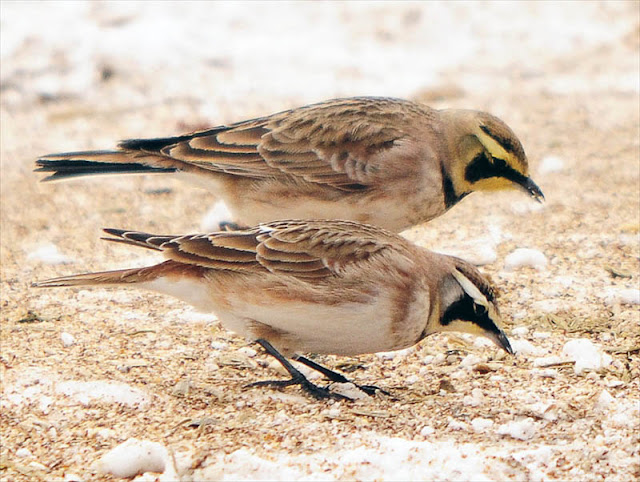 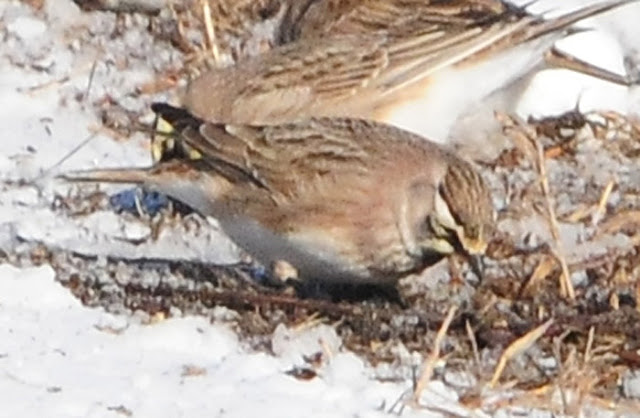 When I got back home I entered my report on eBird and checked BirdsEye on my iPhone to see whether there had been other reports in the region. To my surprise only two sightings were reported in VT, several in MA and upstate NY, but none in NH.
Sources: