My morning was to start with a breakfast run to a sick friend, but I found him so ill that I called Rescue and sent him to the ER. Later in the afternoon I took my two dogs along for a walk on the Fort Hill Railroad Trail along the CT River in Hinsdale. It was a brisk bright fall day with a bounty of ripening berries and wild grape in the bushes and trees along the way, but in terms of birding the pickings were slim. I saw Blue Jays, two Gray Catbirds, Mourning Doves and a couple of warblers. Here are photos of a bird that I need some help to identify: an immature mostly green tinged Northern Parula: 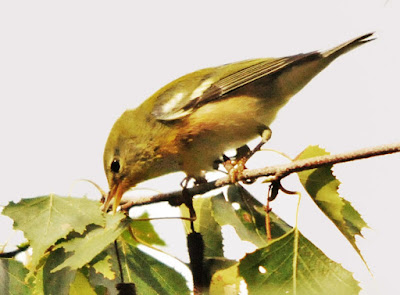 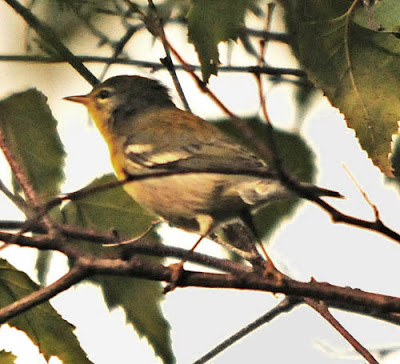 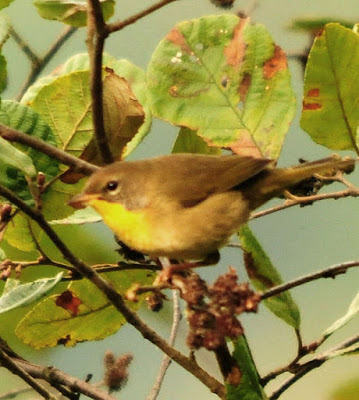 Along the river;s edge the Sumac in its full fall color; behind it the Vernon nuclear plant across the river: 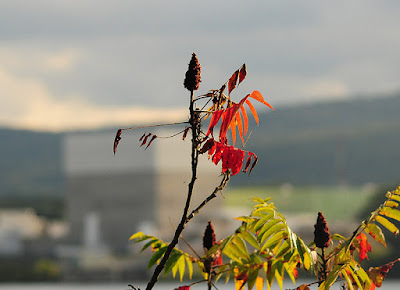 On this peacefull Sunday afternoon a man and his dog were fishing. 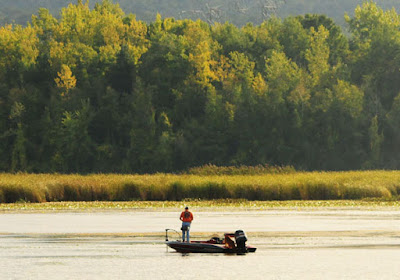 The tranquility was suddenly interrupted by a tremendous splash. A large bird with its dark wings partially submerged was struggling to rise up and finally broke free of the water. It was an osprey carrying a large fish, that looked like a large catfish to me. 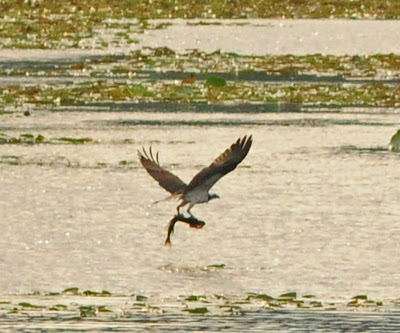 The Osprey with his fish circled once and came back into view: 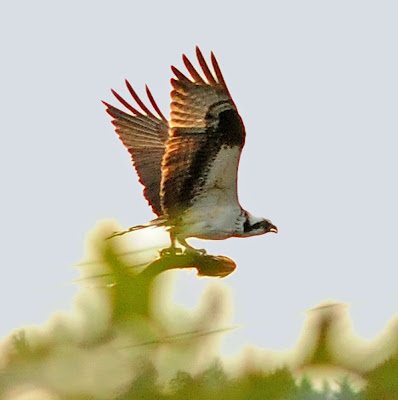 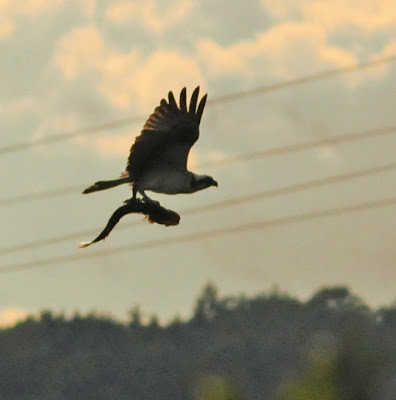 Oblivious to the drama, my dogs Chance and Sasha meanwhile pursued their own agendas. 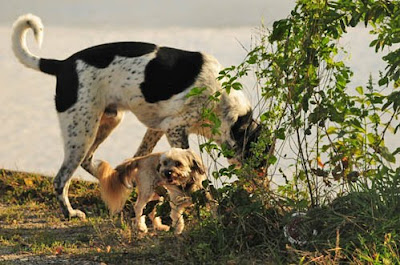