Back from a car trip to Michigan for a family reunion and a wedding. On the way there we stopped at the Magee Marsh bird refuge on Lake Erie, but it was the wrong time of the year. It's where migrant warblers gather in the spring before venturing across Lake Erie. No birds other than a few up in the foliage of tall trees. The only bird of note was a lone Caspian Tern near the parking lot, a lifer for me, a big bird, larger than any of the other terns I had seen before, with a massive signal-red beak: 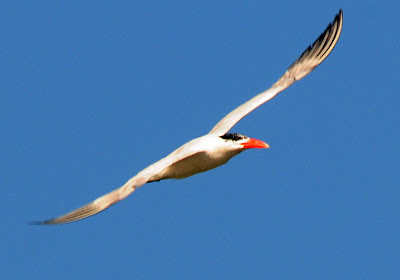 And look at those wings: 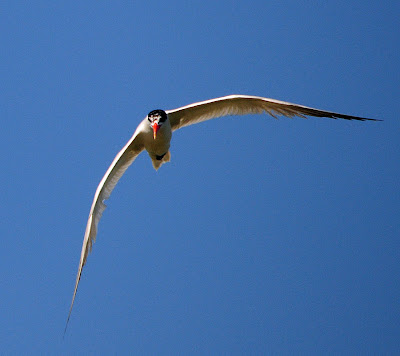 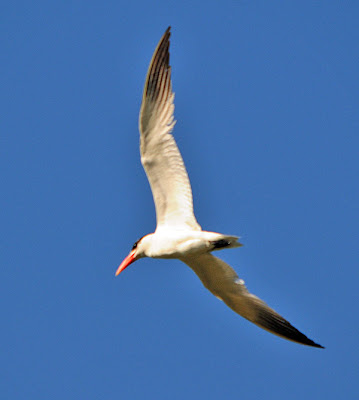 Once in Michigan there was little time to get away to do any birding. I made it to Van Buren State Park on the shore of Lake Michigan, and got some photos of gulls, mostly ring-billed and herring gulls but I was puzzled by a small rakish looking gull with pink legs and a pink beak with black tip: 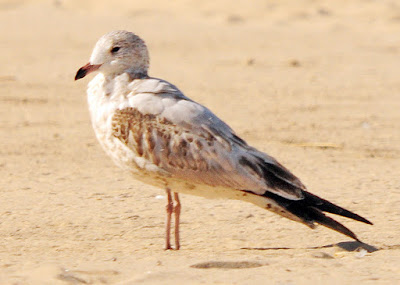 I was thrown off by the pink legs and so it took some searching until I came up with correct answer: a first winter ring-billed gull with bluish-gray mantle in place, but still holding on to juvenile upperwing coverts. By next spring the bill and the legs will most likely have turned yellow, making identification much easier. Identifying and aging gulls is truly a specialty in itself.

The beaches of Lake Michigan and the sunsets over the lake were spectacular: 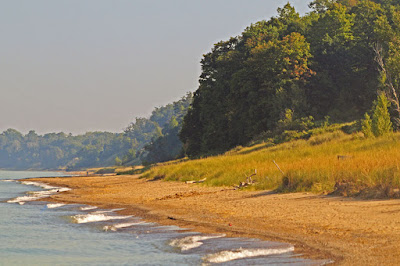 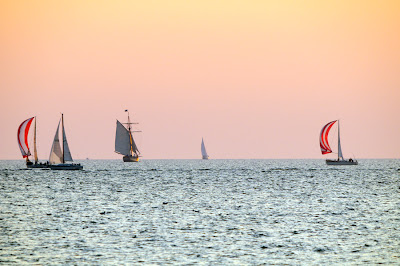 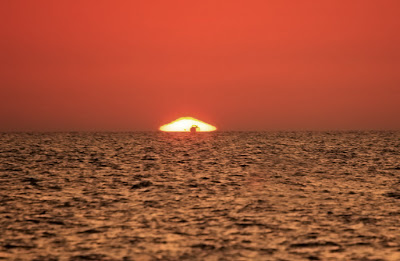 On the drive home we pulled into the George D. Aiken National Wilderness on Rte 9 to rest our eyes numb from hours of staring at the cars in front of us. We drove up a narrow dirt road about a quarter of a mile past empty camping sites and stopped by a small bog in the middle of a spruce forest. It was early afternoon, very quiet with no sounds and no movement until I spotted a small bird standing on a slip of mud at the edge of a pool bobbing its head in a peculiar staccato motion, pausing briefly after each bob: a Solitary Sandpiper. It never dipped its beak into the pool or the mud; maybe the motion serves in adjusting its vision? 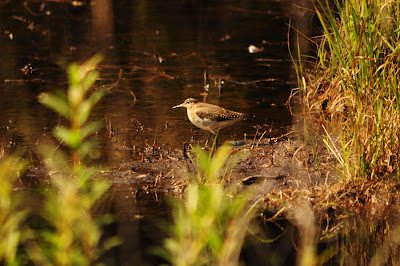 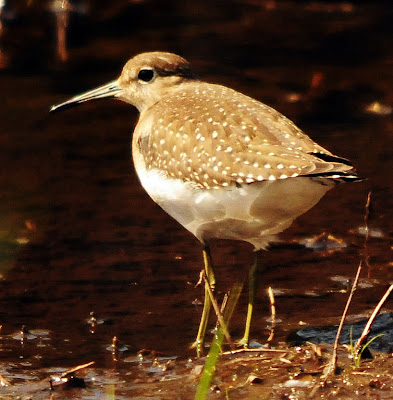 I approached it in slow motion but after another step it suddenly flew up with sharp shrill chattering and disappeared among the spruce.

Here for comparison a bird with similar spots, a Lesser Yellowlegs: 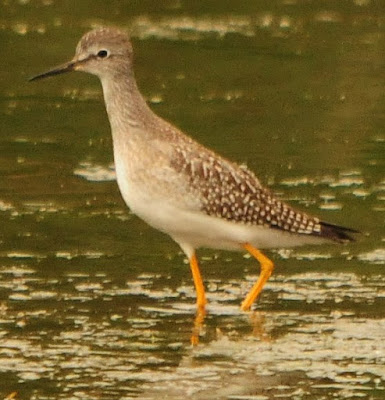