With few local birds available, and in imminent danger of acute birding withdrawal, I decided to drive to Plum Island yesterday to check on shorebirds and waterfowl and, while there. also check out the Barnacle Goose reported to be on a dairy farm in West Newbury.


I visited Plum Island first and then drove to the farm. I found one birder already there  who told me the Barnacle Goose had moved to the back over a ridge and out of sight. So all we could see on the meadow were a flock of Canada Geese. The meadow was bordered by a private residence with a lawn stretching down to a pond, right along side the meadow and past the ridge. After waiting for about a half hour and determining that there was nobody at home who I could ask for permission,  I decided to walk down the lawn toward the pond.  About half way down the geese became aware of me and apparently alarmed started moving uphill over the ridge toward the road, the Barnacle Goose among them. 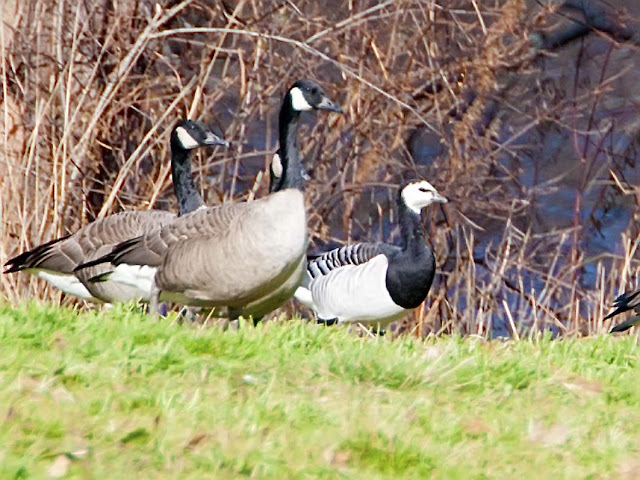 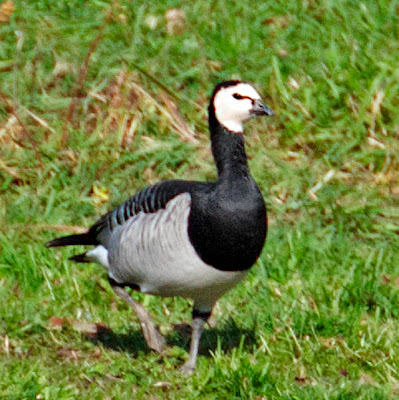 This rather handsome goose breeds in the arctic north, Greenland and northern Eurasia, and winters in northern Europe and the British Isles. Occasionally a bird shows up in North America; this may be a vagrant, or possibly an escapee since the breed is popular with collectors. 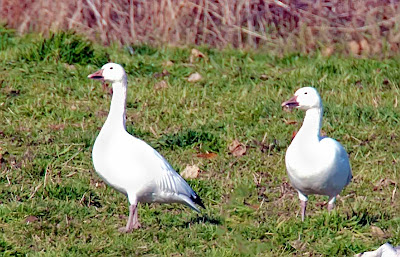 Mixed in with the flock of Canada Geese were several Snow Geese, among them two adult white morphs and a juvenile, distinguished by a dark beak, and an intermediate morph, intermediate that is between a white and a dark morph. 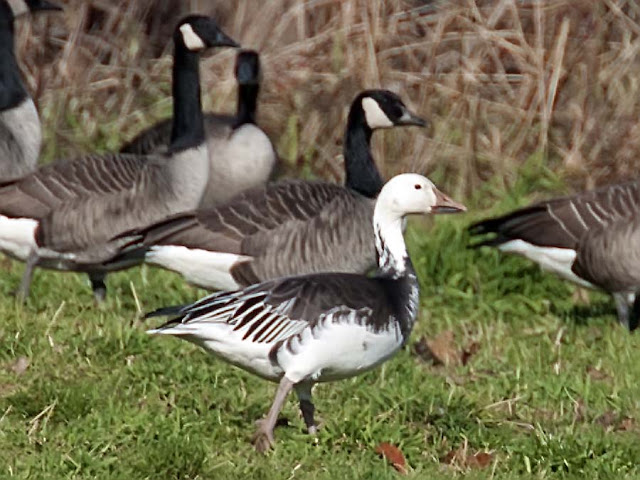 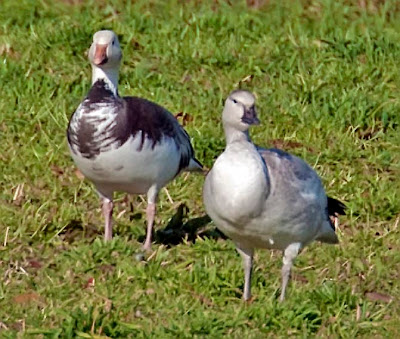 I'll report on my visit to Plum Island in my next post. Thanks for visiting.

Anonymous comments will be removed.