A Matter of Laughing Gulls, and "Occupy Hamburg"

Larus iribundus, a name given to the Black-headed Gull by Linnaeus in 1766, means Laughing Gull in Latin -- I saw large numbers of this gull while visiting my family in Hamburg, Germany -- and so in German, French and Spanish they are properly called  "Laughing Gull". I don't know why the English didn't follow suit, naming it Black-headed Gull instead, and to add to the confusion, they stuck the name "Laughing Gull" on another unrelated gull, Larus atricilla, a gull which is common in North America.

Black-headed Gulls are a rarity along the Northeast coast, but are quite common in Europe. They are a bit larger than the Bonaparte's Gulls, but resemble them in many other respects. They are gregarious and quite tame and unlike the stand-offish Bonaparte's they  come in great numbers when offered a hand-out.  I took these photos with my little Canon Powershot at a canal in the city center of Hamburg (except for the two adult gulls below). 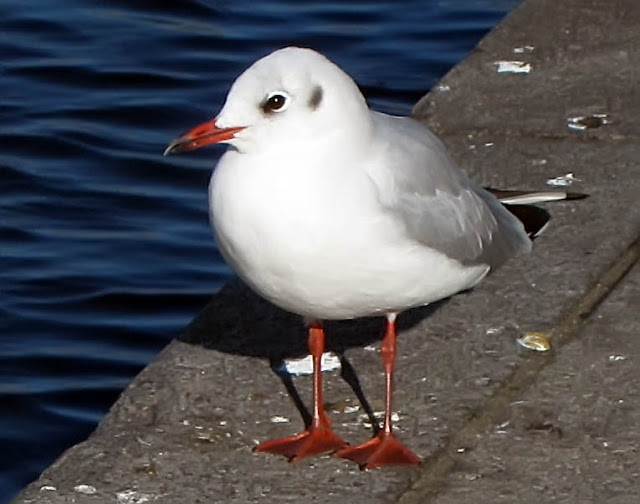 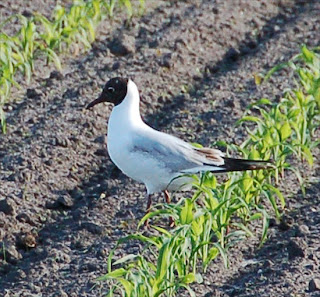 For comparison, adult Black-headed Gull above and Bonaparte's Gull below 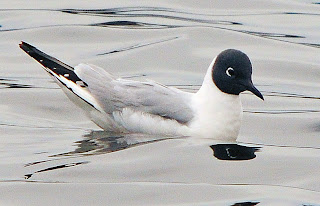 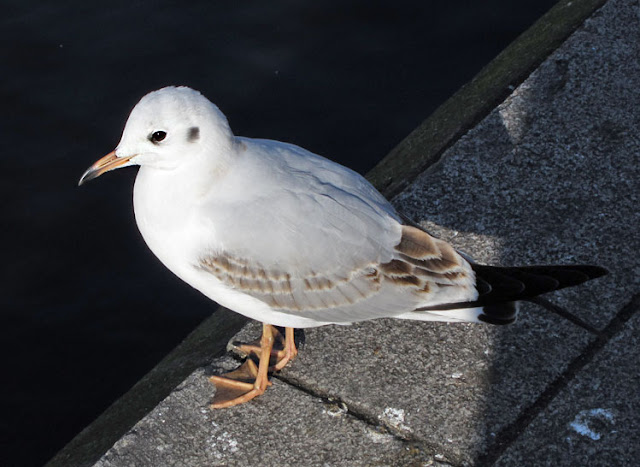 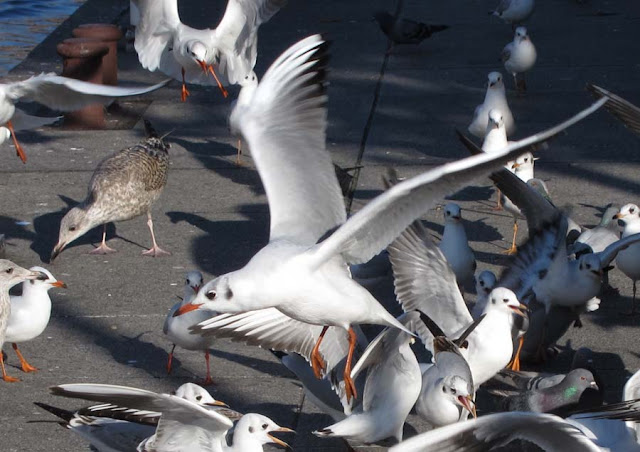 The white triangle in the outer wing is characteristic for both Black-headed and Bonaparte's Gulls. An immature Hering Gull has joined the feeding frenzy. 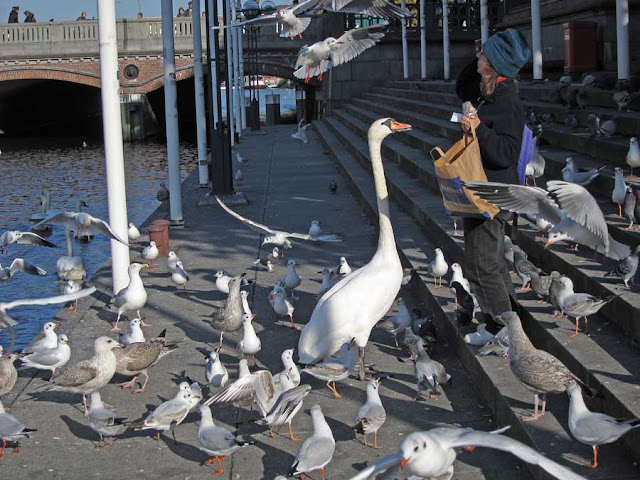 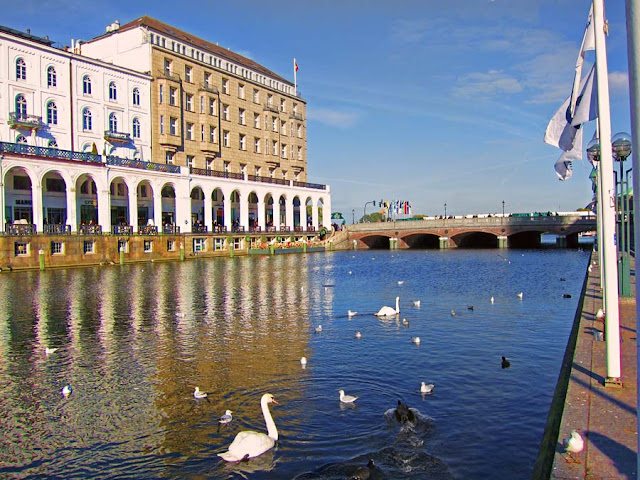 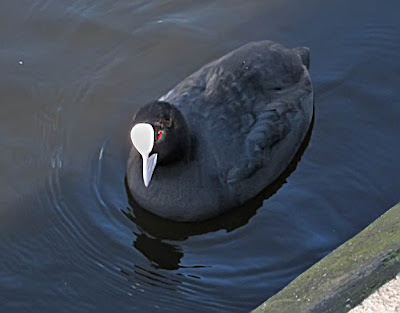 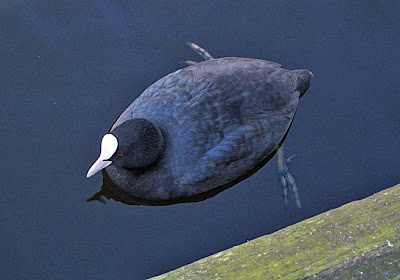 
My sister and I took a leisurely stroll through Hamburg City. The English have their afternoon tea, the Germans their afternoon coffee, which is usually taken with a piece of pastry of some sort. Stopping for such a coffee break is one of the pleasures of sight-seeing and window shopping. We first stopped at Starbuck's but finding no seats we moved on to the cosy and old-fashioned Wiener Cafe Wirth  where we had had a hard time deciding among all the delectable pastries which one to pick. 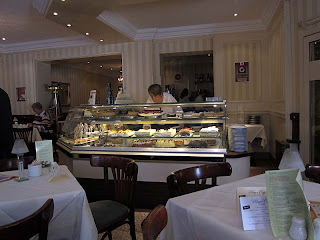 Along the way we came across a small and rather puny encampment on one of the city's  squares proclaiming to represent "Occupy Hamburg". 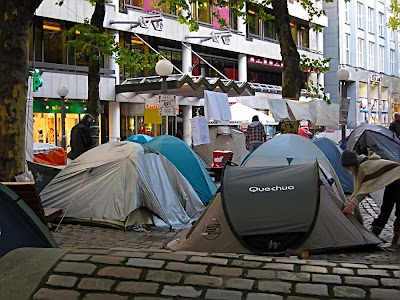 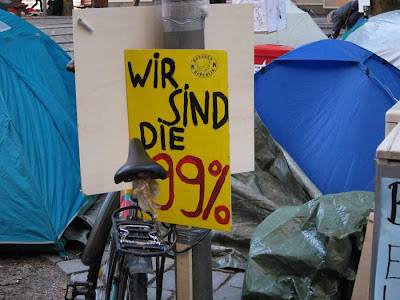 Germany is a rich country with a broad well-off middle class. There the top 1% controls only about 4% of the nation's wealth, whereas here in the States the top 1% controls 37%. So "Occupy Hamburg" seems to have little appeal. You might call it a wet noodle of a protest.

Thanks for visiting. I would very much appreciate your comment.