My trip to Plum Island last Saturday was somewhat marred by a cold wind, sweeping down the beach and swirling up clouds of fine sand, which kept me from walking to Sandy Point, or anywhere else on the beach. In addition I had arrived at  low tide, as high tide occurred too early for me, around 5 AM, and again 12 hours later in the afternoon. 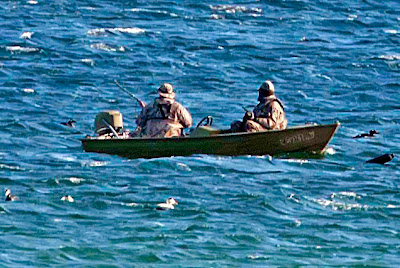 Sanderlings and Dunlins were down on the beach close to the water's edge too far for my camera and lens to get a good shot. I asked a birder with a scope whether he had seen any Red Knots "No, just Sanderlings and Dunlins'' and pointing to a boat not far off shore:,"some scoters there", but since the men in the boat were hunters, I suspect those ducks scattered about the boat were most likely decoys.


The sheltered ponds and marshes behind the dunes were fairly calm. 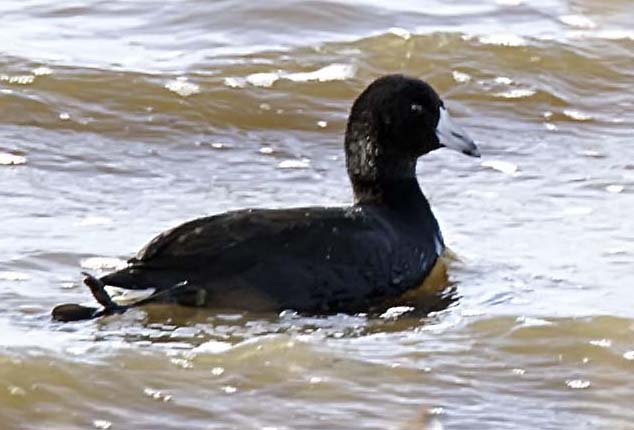 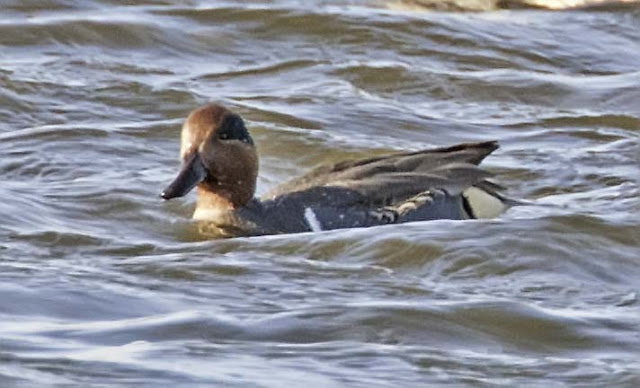 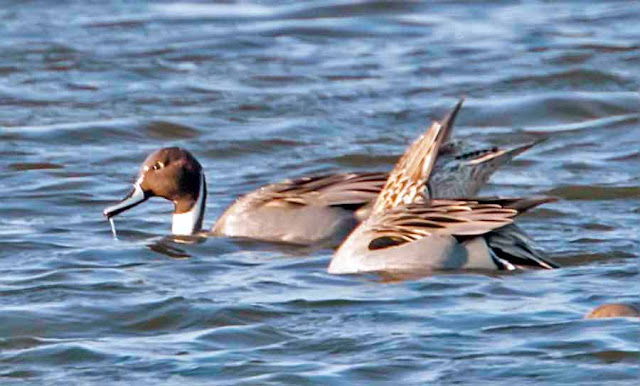 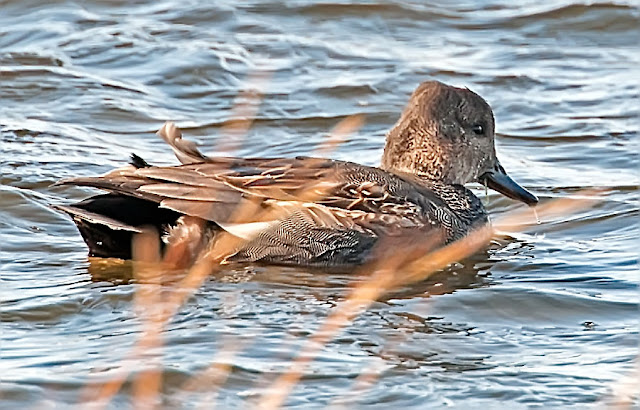 Male Gadwall above, female below 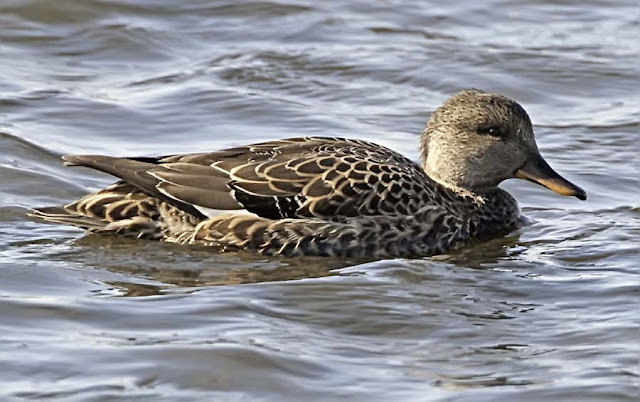 The majority of ducks that I saw were American Wigeons, also call "Baldpate" for obvious reasons, or "Poacher" because, not being strong divers, they pilfer plants and roots dragged up from the bottom by other ducks. They have strong beaks which allows them also to graze on dry land like geese. 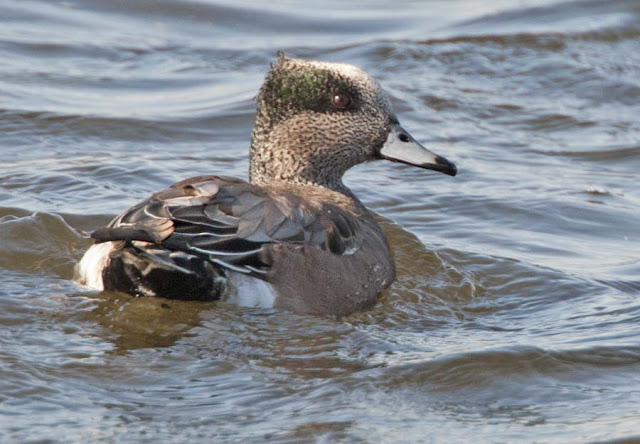 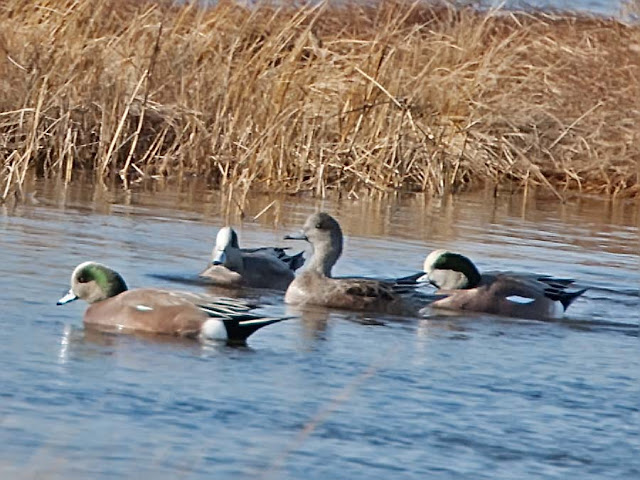 Three males and one female Wigeon 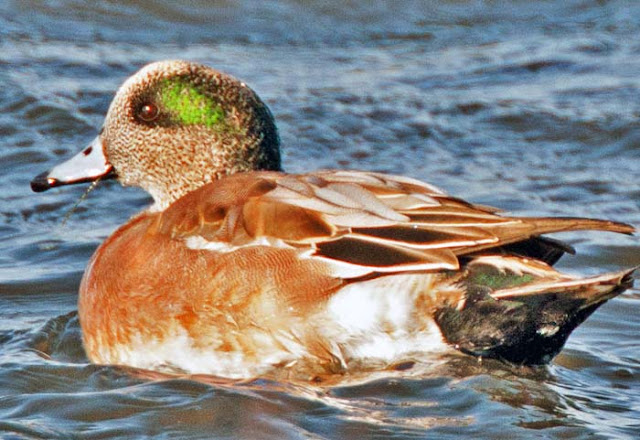 
A pair of male and female Wigeons 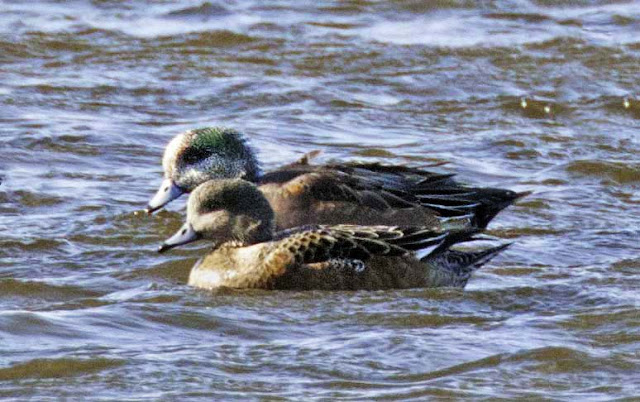 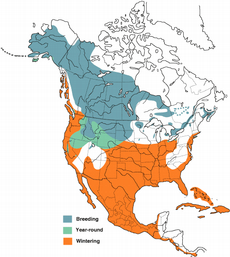 I had a quick lunch in my car while watching two American Crows and a Ring-billed Gull squabble over food. 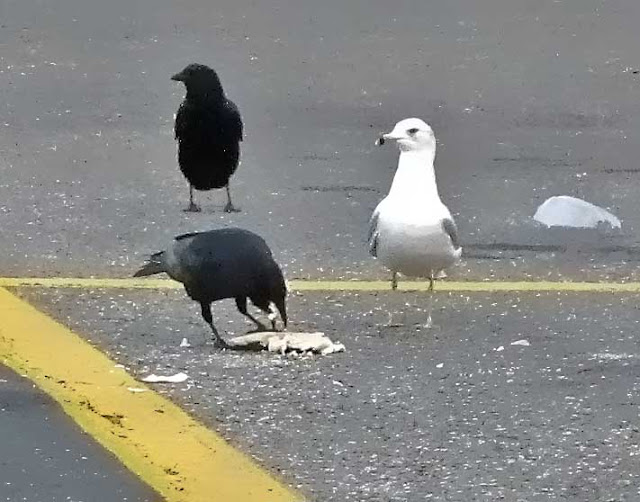 November days are short and before you know it the afternoon light is waning. Time to drive home. A five hour round trip and $50 in gas, was it worth it? I wished I could have timed my visit for high tide, and maybe a little less wind would have been nice. But I got two lifers that made it worth it: the Wigeon and a Barnacle Goose (see previous post) 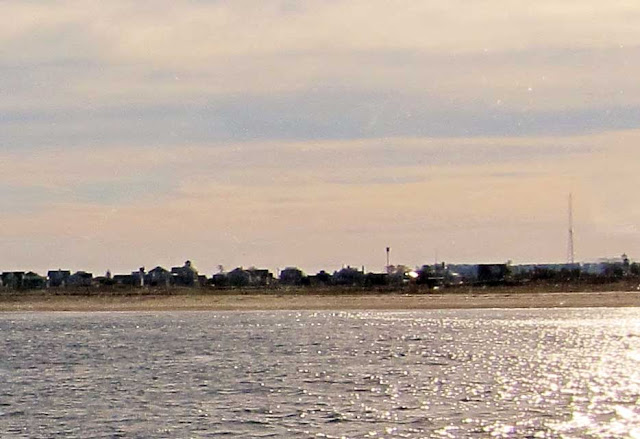 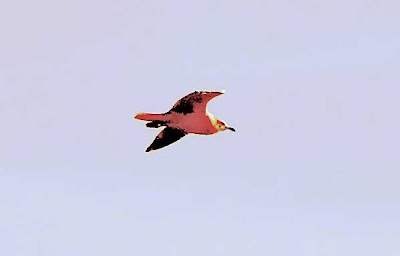 Happy Thanksgiving to all of you!

Thanks for your visit and come by again!